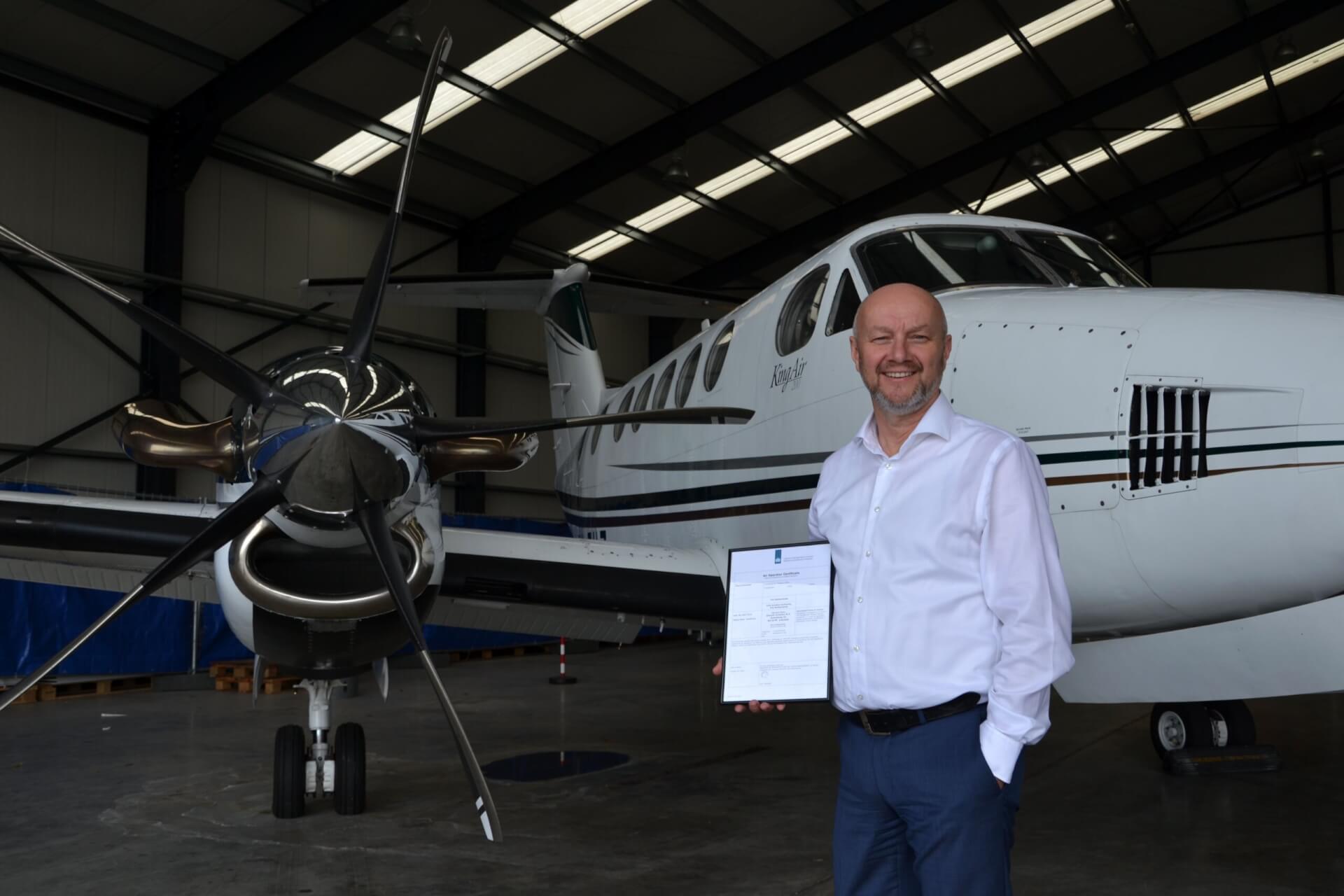 The AOC approval was granted by the Civil Aviation Authority of the Netherlands and enables Zeusch to deploy four of its fleet of seven King Air aircraft for medevac and charter flights.

“We expect to have our first flight confirmed under the new AOC within the next few days,” said Managing Director Herman van Kranenburg.

“Earning the AOC has required us to have personnel, assets, and systems set in place to ensure the safety of our passengers, employees, and the general public.

“Receiving the AOC shows that we have worked diligently towards that goal.”

Securing the AOC confirms that Zeusch has all the required professional capabilities and adheres to all safety regulations needed for commercial passenger aircraft operations.

Zeusch chose to initiate the local AOC process in 2021 to support strategic growth of the business.

With the approvals confirmed, Zeusch will now add three King Air B200 and one King Air C90A to the European charter fleet and bring much-needed additional capacity to medevac operations.

In addition to its medevac experience, Zeusch will continue flying a further two King Air B200 and one King Air C90A to support its existing mapping, surveillance, and broadcast activity.

Free parking in front of one of Zeusch’s three hangars reduces travel time and heightens convenience.  Amsterdam Airport has extended operating hours and proximity to the city, making it an attractive airport option for executive and leisure customers.

“We are now in a very strong position to expand our product portfolio to give our customers even greater choice,” added van Kranenburg.

“Our aim is to be the best and largest King Air operator in Europe, and with the new AOC, we are one step closer to fulfilling our ambitions.

“With seven operational King Air aircraft, we already operate the largest King Air fleet in the Benelux (Belgium, the Netherlands, and Luxembourg) region, and we plan to add another King Air C90A by the end of the year.

“Our aircraft are ‘Swiss Army-knives’. King Airs can land at large international and local airports with short paved, dirt or grass landing strips, they can be quickly reconfigured to suit specific missions, and customers can get closer to their destination, thanks to the platform’s flexible capabilities”.

The typical King Air cabin is much roomier than a light jet and includes a good-size baggage compartment.

The airframe also has an outstanding safety record supported by the two Pratt & Whitney PT6 engines.

As Zeusch flies customers across some unforgiving territories like the North Sea and European Alps, this brings added confidence to the operations.

“As AOC holders, we are well placed to develop many new opportunities for business growth and are extremely proud to have achieved this,” concludes van Kranenburg.