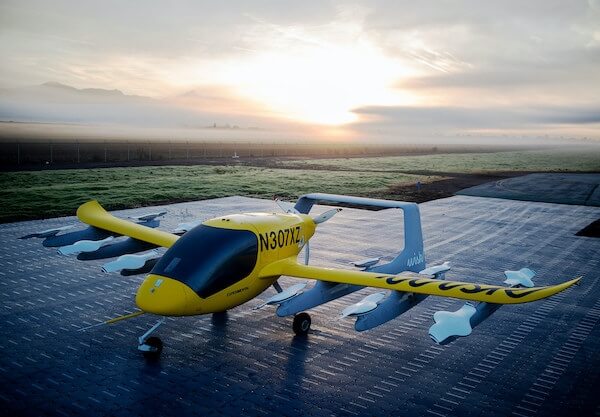 ‘Urban air mobility’ company Wisk has announced a memorandum of understanding it has reached with the New Zealand Government to trial its autonomous electric aircraft in Canterbury, New Zealand.

The aircraft, named Cora, is described by the company as “an all-electric, self-flying, 2 person eVTOL aircraft that takes off like a helicopter and flies like a plane.”

In October 2019, the New Zealand Government announced that it was establishing an industry-wide Airspace Integration Trial to work with leading, innovative domestic and international industry partners to safely test and demonstrate unmanned aircraft.

Wisk, based in the United States and New Zealand, was announced as the first industry partner to join this program.

Wisk CEO, Gary Gysin, said: “We are delighted to now have a signed agreement with the New Zealand Government, which will propel Cora’s entry to the air taxi market.

We see this agreement as a sign of confidence in our product and abilities to develop and deliver a safe and reliable air taxi service, starting in New Zealand. As the Minister of Research Science and Innovation Hon. Dr. Megan Woods said in her announcement:

“This trial is the first of its kind and Wisk’s innovative technology and commitment to New Zealand make them an ideal partner for advancing the future of travel in New Zealand and the world.”

“Wisk has been working with the Government and people of New Zealand since 2017,” said Gary Gysin. “We are excited about what this agreement and trial represents in our journey to bring safe everyday flight to everyone.

New Zealand values innovation, excellence and technology that is safe for people and the environment. Being selected as the partner for this program is an honour and testament to our hard work and steady progress.”

Around the globe, Urban Air Mobility is an emerging, high-value industry and New Zealand is an attractive location because of its thriving innovation ecosystem with unique expertise, people and technology.

With the agreement now in place, the planning for a passenger transport trial in Canterbury is now underway. The passenger route is a world’s first and will commence after Cora’s certification by the New Zealand Civil Aviation Authority.