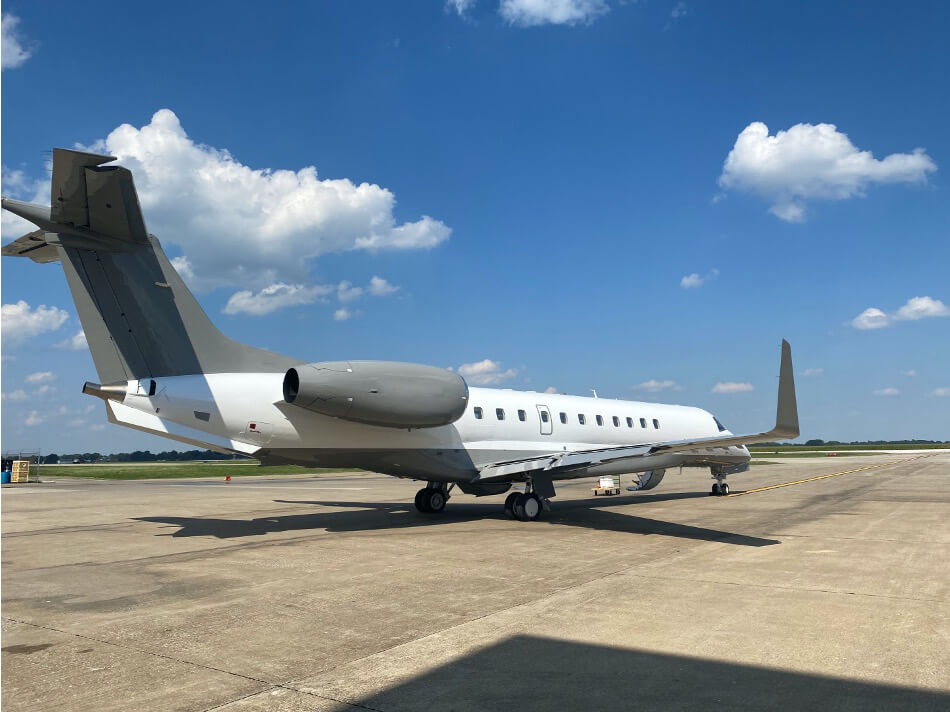 The FOD incident occurred as a result of metal objects being launched by a military helicopter landing next to the aircraft while in Peru.  The aircraft was evaluated and subsequently ferried to West Star’s full-service MRO facility in East Alton, IL (ALN) for repairs.  West Star is an Authorized Embraer Base Maintenance Service and warranty provider for most models at its ALN, GJT, and CHA locations.

“Significant structural damage occurred to the fuselage skin, frames, and ribs,” said Bob O’Leary, Embraer Business Development Manager.  “We coordinated closely with Embraer on the engineering required for the repair, along with the corresponding parts recommended,” O’Leary continued.

“We are very grateful for all the effort during this complex process. I emphasize factors such as service, agility in responses and availability whenever necessary. Of course, unquestionable technical knowledge. Among all the options that were given to us where we would have to quickly decide who we were going to deliver our aircraft to, you accepted the challenge and besides the most important thing that after completing all the service we left with the certainty of having followed the best choice,” said S. Almeida.

West Star is proud to have been voted the #1 Preferred MRO for seven consecutive years from 2014-2020 in Professional Pilot Magazine’s annual PRASE Survey.  The survey first included the ‘Most Preferred MRO’ category in 2014 and West Star has won the #1 slot each year since its inception.  West Star Aviation specializes in the repair and maintenance of airframes, engines and APUs, avionics installations and repair, major modifications, interior refurbishment, exterior paint, accessory services and parts.