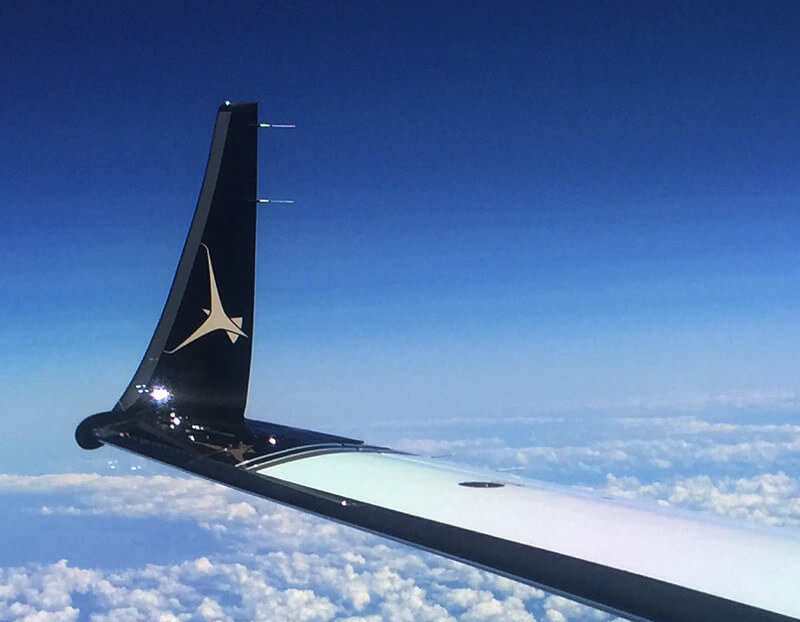 Tamarack Aerospace was the official winner of the Tuesday, January 26 “Fly-Off” between an unmodified CitationJet and an Active Winglet transformed CitationJet. This event was a real-world comparison between the Active Winglet’s performance on a Cessna CitationJet (N44VS) against flat-wings(N741CC).

The aircraft with Active Winglets took off with a deliberate 200 lb. additional weight penalty. Both aircraft took off at Portland, Maine (PWM) and targeted West Palm Beach, Florida (PBI) for landing. The Active Winglet aircraft flew to PBI without a stop and burned 155 gallons less fuel than the flat-wing aircraft despite a stiff headwind. The flat-wing aircraft had to stop to refuel in Columbia after weather-related performance restrictions, but was back in the air quickly.  They had twice the enroute fuel burn rate of the Active Winglet transformed aircraft.