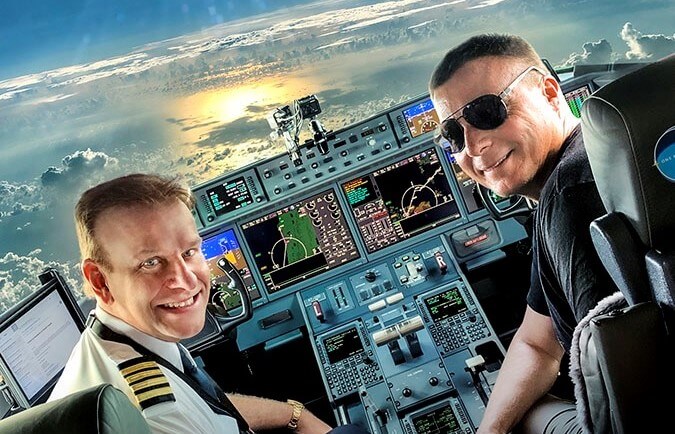 Vision will release the film to VOD in the United States and Canada on Oct. 6. The trailer is available for viewing here.

A special-edition DVD and Blu-ray will be available in time for the holidays. International licensing rights to “One More Orbit” are available now.

Launching from Kennedy Space Center on the 50th anniversary of the Apollo 11 moon landing, the One More Orbit team completed the Guinness World Record-breaking flight on July 11, 2019, in 46 hours and 40 minutes, at the average speed of 465 miles per hour. Pit stop-like speed refuels were achieved in Kazakhstan, Mauritius, and Chile. The mission covered 24,962 miles and beat the previous world record, from 11 years earlier, by five hours and 52 minutes.

Synopsis: A daring team of astronauts and aviators fly a high-speed Gulfstream G650ER business jet around the earth faster than anyone ever has done before, to set the pole-to-pole circumnavigation record. Beginning their mission from the same place Apollo 11 launched for the moon 50 years earlier, this tribute to the past, present, and future of space exploration breaks the boundaries of what was previously thought possible.

“The achievements of the One More Orbit mission prove that what appears ‘impossible’ and against the odds may actually be attainable,” says Harding. “We hope our film will inspire viewers to reach never before heard of successes of their own.”

“Human ingenuity and our hunger to explore will always persevere,” said Lise Romanoff, CEO and Managing Director of Vision Films. “This diverse international crew shows us that by working together cooperatively, we can achieve what was once thought out of reach.”

“One More Orbit” is an Untitled, Inc. production directed by Terry Virts.