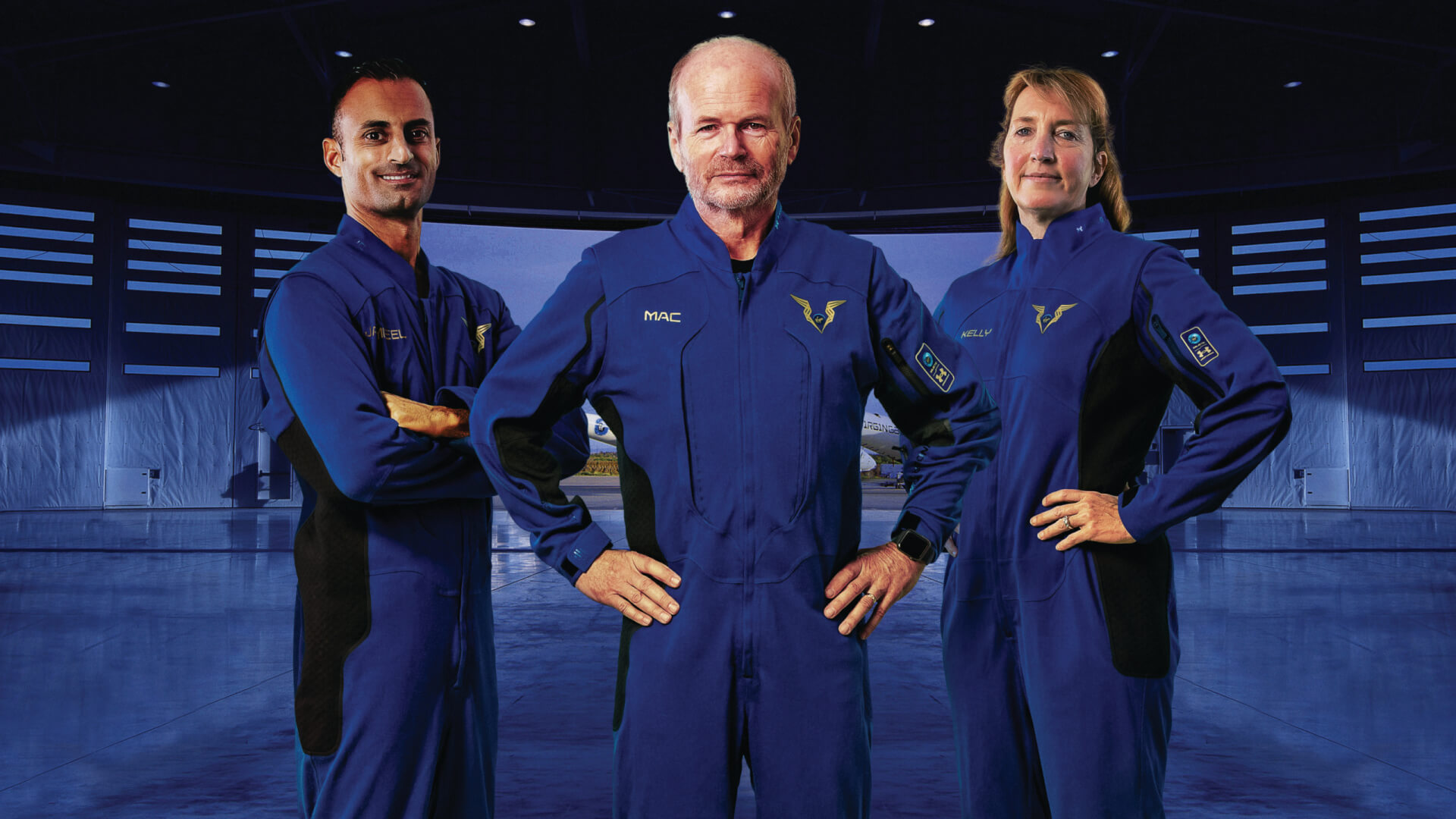 Virgin Galactic today unveiled the spacesuits its pilots will wear as they fly private astronauts on life changing journeys to space.

Designed in collaboration with the company’s Technical Spacewear Partner, Under Armour, the Virgin Galactic Pilot Corps will wear the spacesuit and footwear on future flights – including the first human spaceflight from New Mexico, which is due to take place this month with the flight window opening on December 11.

Wearing the spacesuit on the December flight will be Chief Pilot, Dave Mackay and Pilot, CJ Sturckow – who is expected to become the first person to fly to space from three different U.S States. They are both members of the eight person team in the Virgin Galactic Pilot Corps.