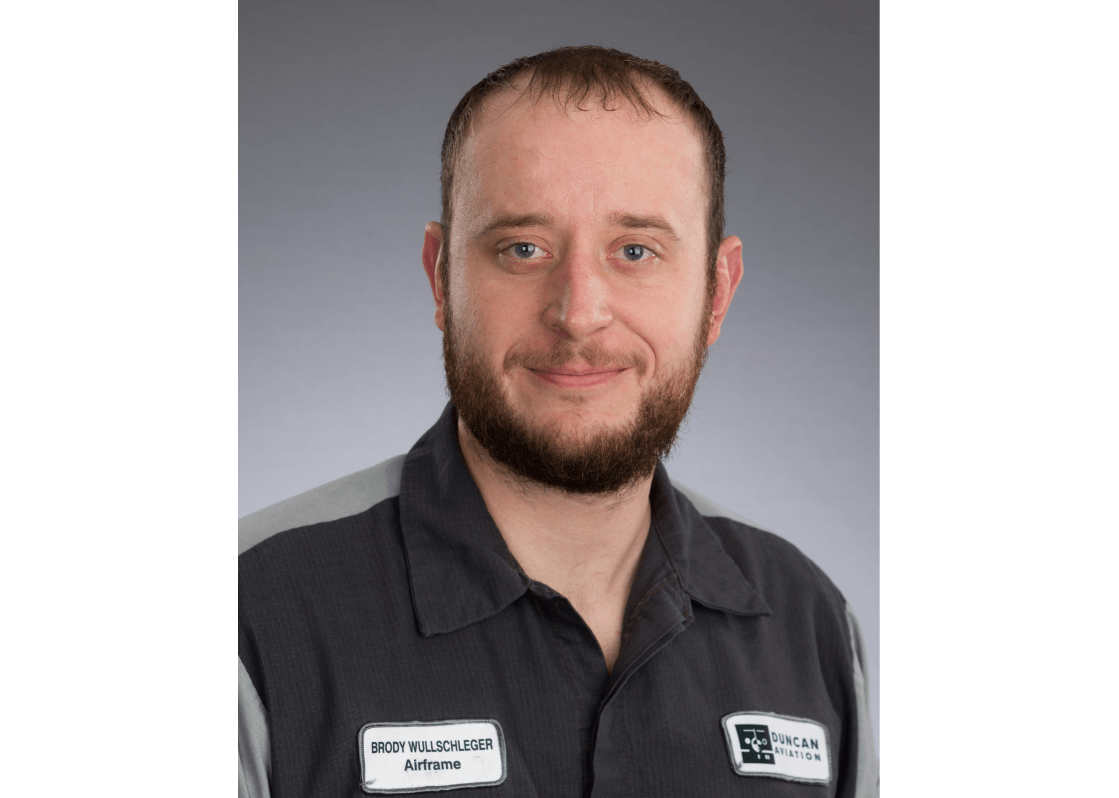 “I had been talking to a friend who works at the VA here in Lincoln, and she mentioned that the post-9/11 GI Bill included a provision for benefits for on-the-job training,” said Wullschleger. “I was able to use the benefits for living expenses and apply some toward tools.”

After Brody mentioned what he’d found out from his friend at the VA, Lincoln’s Airframe Manager Jeremy Rangel followed up with some inquiries and phone calls. Although there is no cost to Duncan Aviation team members to attend the Airframe or the Engine Apprenticeship programs, veterans can use their benefits as Wullschleger did to help offset the cost of tools, and they can use their Monthly Housing Allowance (MHA) toward living expenses while they’re taking classes, learning new skills, or working toward their FAA certification for Airframe and/or Powerplant.

“We cover the cost of the program, including books, training and testing,” says Rangel. “Further, techs who are in the program are working full-time and are paid while they’re training. The VA Benefits Brody mentioned to us help offset living expenses for veterans, especially those who are supporting families.”

Additionally, Performance Aircraft of Lincoln notified Duncan Aviation in early November that starting the company will now be proctoring all FAA Airmen Knowledge Tests. Because that inludes the written portion of the tests for Airframe and Powerplant licenses, Duncan Aviation apprentices in Lincoln who are ready to take their written FAA exams will no longer have to drive to Omaha to find an FAA-authorized proctor for the exam. In addition to administering the written exam for the A&P license, Performance Aircraft is also authorized to proctor exams for private pilot, intstrument, commercial, CFI, ATP, unmanned aircraft, and more.