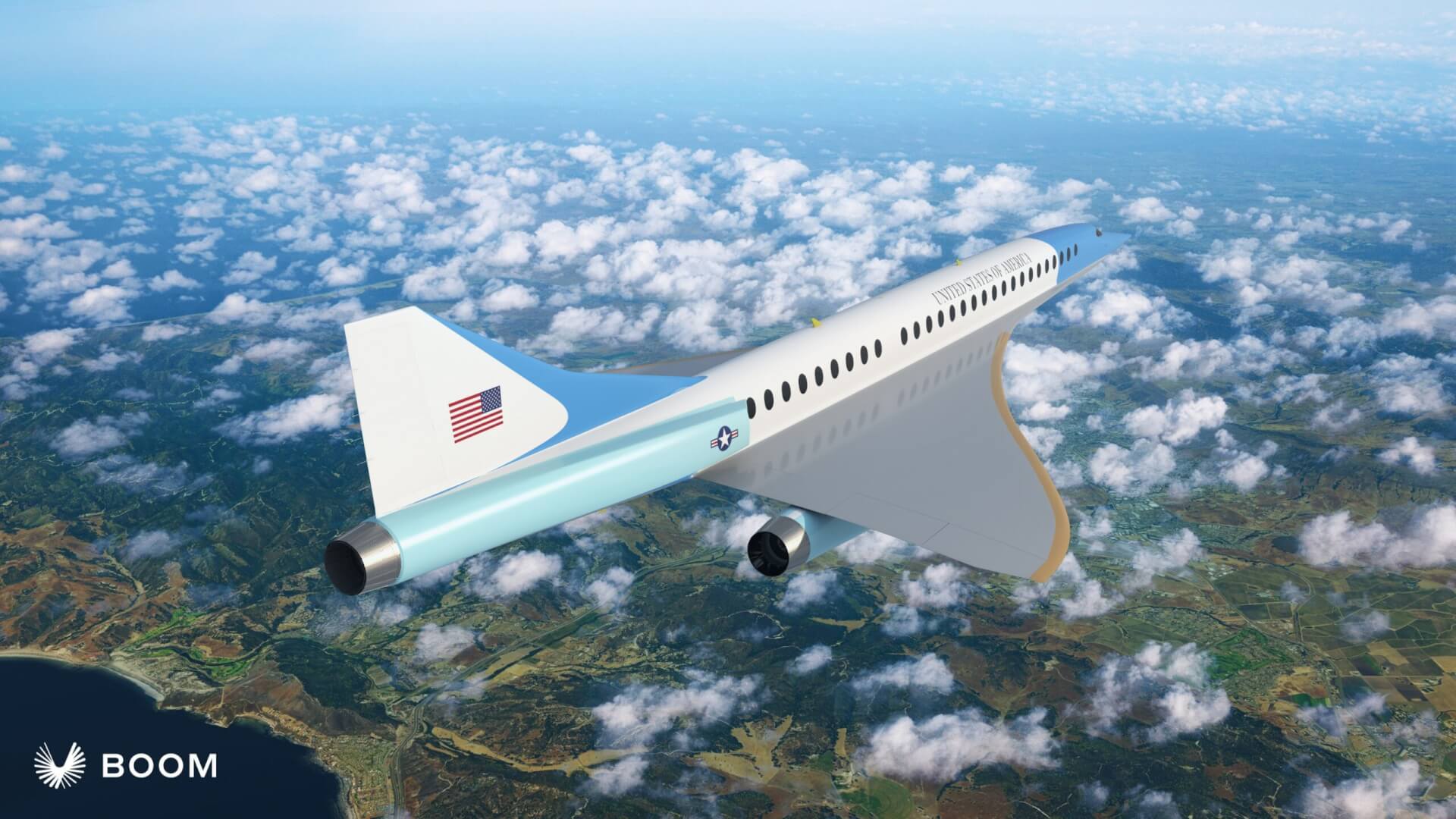 Boom Supersonic, an aerospace company building the world’s fastest commercial airliner, today announced that the company has been awarded a contract by the Air Force under its program meant to help fund innovations with future Air Force applications. The contract will fund explorations of an Overture configuration designed for Air Force executive transport. The Department of Defense and the Air Force manage all air transport for executive branch top leadership, including Air Force One.

“Supersonic flight brings people together, whether for work, family or global diplomacy,” said Blake Scholl, Boom founder and CEO. “By cutting travel times we make it possible for U.S. diplomats and executive leaders to connect more frequently in person, meeting challenges and defusing potential crises with a personal touch. We’re so proud to help envision a new way for the Air Force to provide transport for critical government activities.”

Overture offers the Air Force a unique combination of passenger capacity, speed, and enough space and power to accommodate the requirements of necessary mission systems. Plus, the aircraft can be configured for multiple cabin zones, affording a layout with as much privacy as necessary. Boom is designing Overture to comply with stringent FAA airworthiness and production regulations, and the aircraft will be fully adaptable to meet specific requirements for a variety of military end users.

“The United States Air Force is constantly looking for technological opportunities to disrupt the balance of our adversaries,” said Brigadier General Ryan Britton, Program Executive Officer for Presidential & Executive Airlift Directorate. “Boom is an example of the American ingenuity that drives the economy forward through technological advances.  We are extremely excited to team with them as we work to shrink the world and transform the future of executive airlift.”

In addition to its potential for executive transport, Overture could be adapted to satisfy other Air Force and broader Department of Defense mission requirements. Overture could also become part of the Civil Reserve Air Fleet (CRAF), enabling humanitarian and other critical airlifts in half the time.