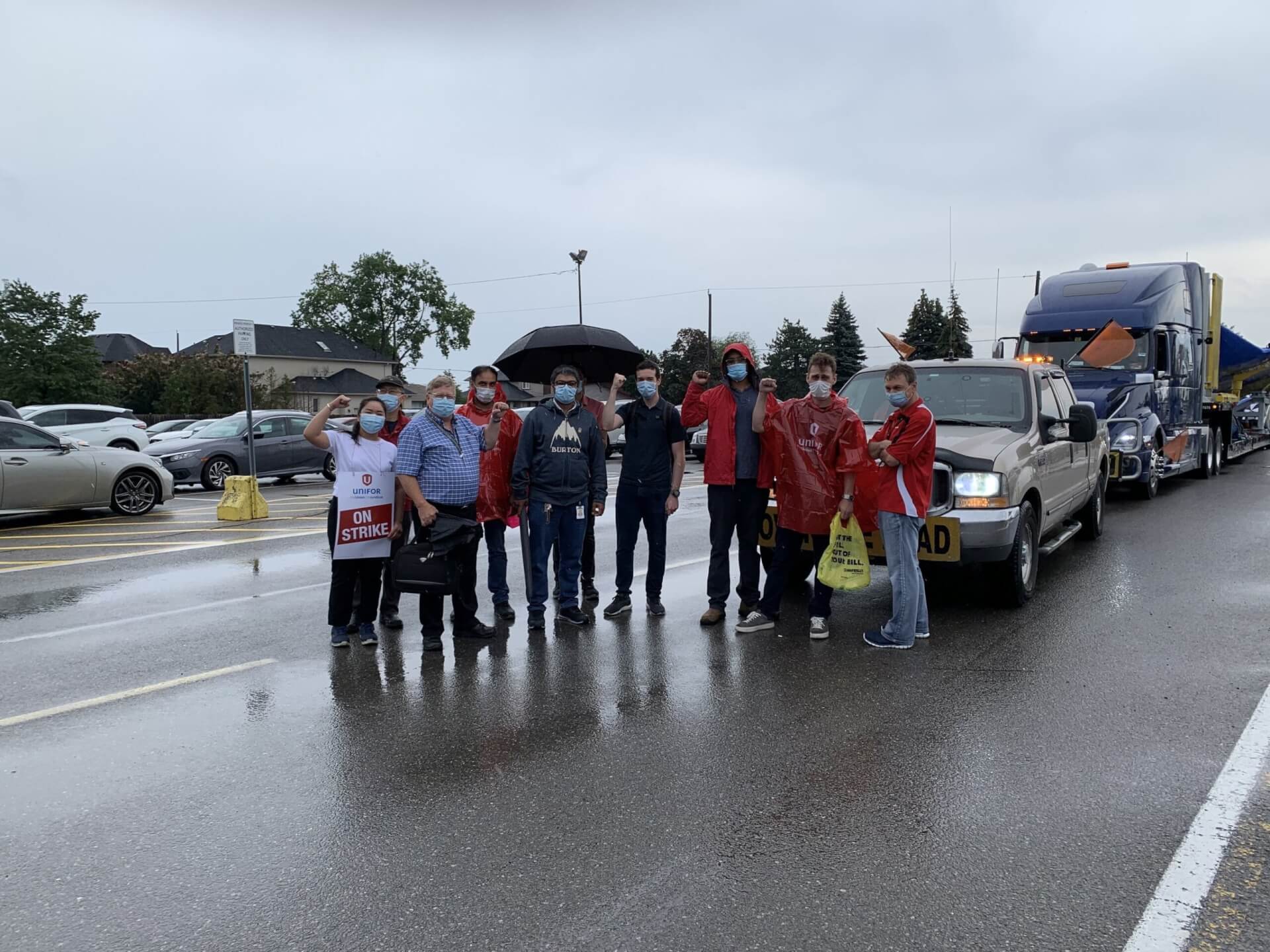 Unifor members of Local 112 and 673 at the Downsview plant employed by Bombardier Aviation and De Havilland Aircraft Canada commenced strike action as of 10:01 a.m. yesterday.

“We will remain at the bargaining table with both companies as the strike action is ongoing,” said Jerry Dias, Unifor National President.

“Our union will continue to make every effort to reach a fair settlement but we have a number of key issues to resolve with both employers.”

Approximately 1,500 Bombardier workers and 700 De Havilland workers are on strike affecting both companies.

“Our members are among the most highly skilled workers in the country, building two of the highest quality aircraft products in the world. What we’re looking for is an agreement that reflects that,” said Scott McIlmoyle, President of Unifor Local 112 which represents production and skilled trades workers at the Downsview site.

Unifor previously outlined the union’s key priorities in the negotiations, including pensions, use of contractors and erosion of bargaining unit work at Bombardier and the future of the Dash 8 program at De Havilland.

“Our members do highly technical, intricate, and precise work that supports some of the most advanced manufacturing this country does,” said Maryellen McIlmoyle, President of Unifor Local 673 which represents technical, office, and professional workers at both companies.

“These are demanding jobs. Our members work hard and deserve nothing less than an agreement that values their incredible contribution to these companies and respects their hard work.”