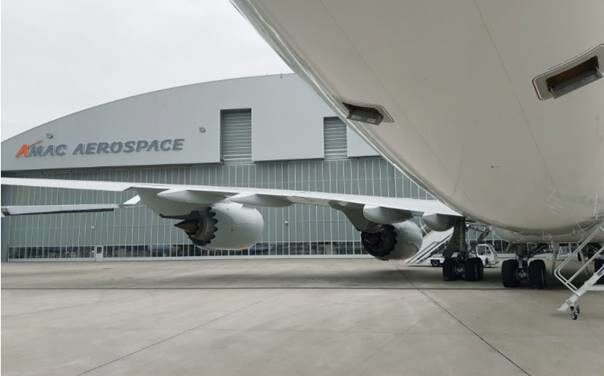 AMAC Aerospace has announced that two Head of State aircraft has been received in October at Basel, Switzerland. Furthermore, AMAC has been selected to carry out maintenance checks on several Airbus, Bombardier and Boeing aircraft and offers cabin disinfection services for any aircraft type.

AMAC Aerospace were pleased to recently welcome a Head of State McDonnell Douglas MD-87 in its headquarters in Basel, Switzerland. AMAC’s team will install a new generation of the Cockpit Voice Recorder (‘CVR’) and a Flight Data Recorder (‘FDR’) system. In addition, the Head of State aircraft will undergo multiple C-checks and a landing gear overhaul. A second Head of State, a Boeing B747-8, has been arrived mid of October to undergo a C-check.