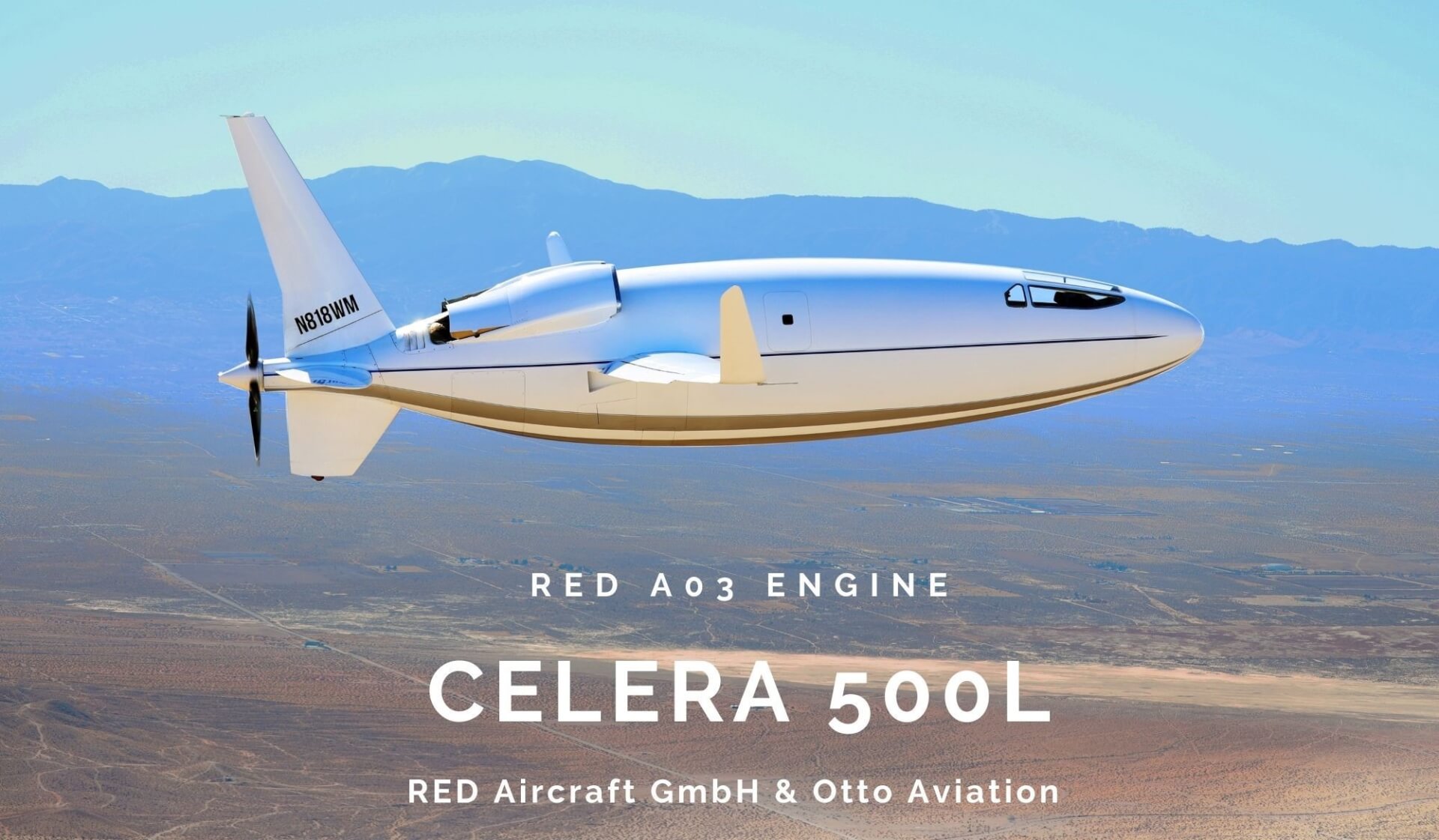 When California-based Otto Aviation started taxi testing its Celera 500L six-person private craft in 2018, it generated a lot of attention towards the mysterious bullet-shaped plane. German aircraft engine manufactures RED Aircraft GmbH reveals how their RED A03 engine became a crucial element in how the futuristic aircraft achieves unrivaled performance

Otto Aviation has recently unveiled its new bullet-shaped plane the Celera 500L, a six-passenger aircraft capable of flying at the speed of a jet with eight times lower fuel consumption.