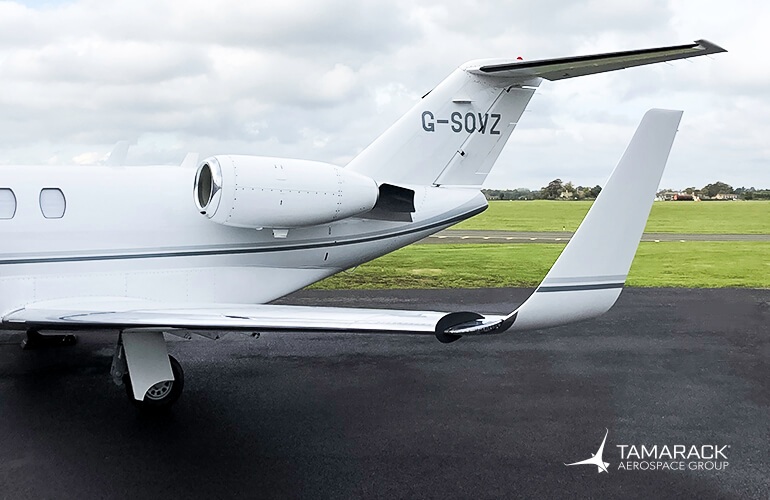 Tamarack® Aerospace has announced the first series of Active Winglet installations on two Cessna Citation Jets at the new Tamarack European Installation Centre based at the London-Oxford Airport, United Kingdom. These installations mark the beginning of the company’s long held expansion goals and signals yet another exciting phase of growth for Tamarack after increasing the number of service centres in the U.S. and expanding its headquarters facilities in Sandpoint, Idaho.

“From the early days of Tamarack, I’ve had the dream of offering our high quality, customer-centric service to our growing fleet. Seeing this first installation come together in the new Tamarack European Installation Centre is fulfillment of that dream in part,” says Tamarack Aerospace Founder and CEO Nick Guida. “Keep an eye on us. We’re seeing more demand as word spreads about how the Active Winglet modification saves up to 33% of fuel usage, cuts down on noise pollution with shorter runways needs for takeoffs and landings and provides safer and smooth flight. So, we will have more to announce in the fall.”