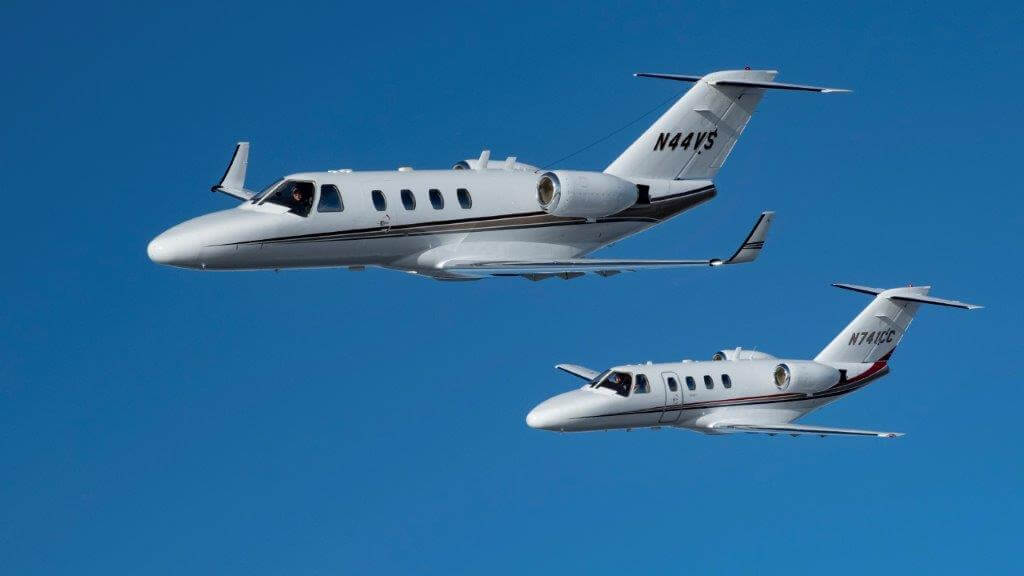 The award was presented to the Tamarack team that set the record, flying non-stop from Portland, ME to West Palm Beach, FL on January 26th, 2021.

The details of the record-setting flight for the NAA designation of “Speed Over a Recognized Course” include an average speed of 281.64 mph, in a Cessna 525 Citation Jet modified by Tamarack load alleviation Active Winglets.

The award-winning jet is owned by John W. “Wick” Zimmerman. 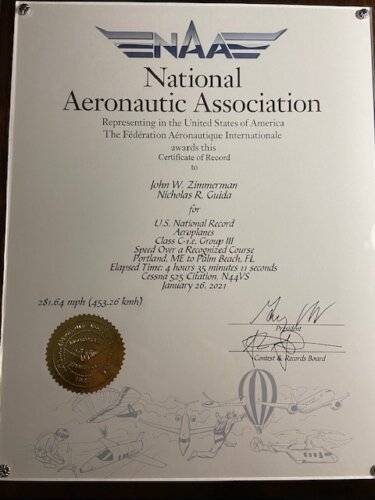 NAA decided the Tamarack modified jet team should be recognized as a “Most Memorable” aviation record flight winner because the event was initiated and covered by the Aircraft Owners & Pilots Association (AOPA) and was actually a fly-off or race between a Tamarack Active Winglet modified aircraft and a similar jet that wasn’t modified with Active Winglets.

The modified Citation Jet completed the course in just 4 hours and 35 minutes, despite a major headwind and reached 41-thousand feet without a step-climb, more than an hour faster than the unmodified jet that had to fly around bad weather and stop for fuel.

The modified N44VS (tail number) aircraft traveled 1,386 miles in the air and used a total of 2,610 pounds of fuel while the unmodified N741CC jet burned 3,650 pounds of fuel and spent 5 hours and 37 minutes in flight.

The modified aircraft also landed with fuel in excess of the legal reserve requirements.