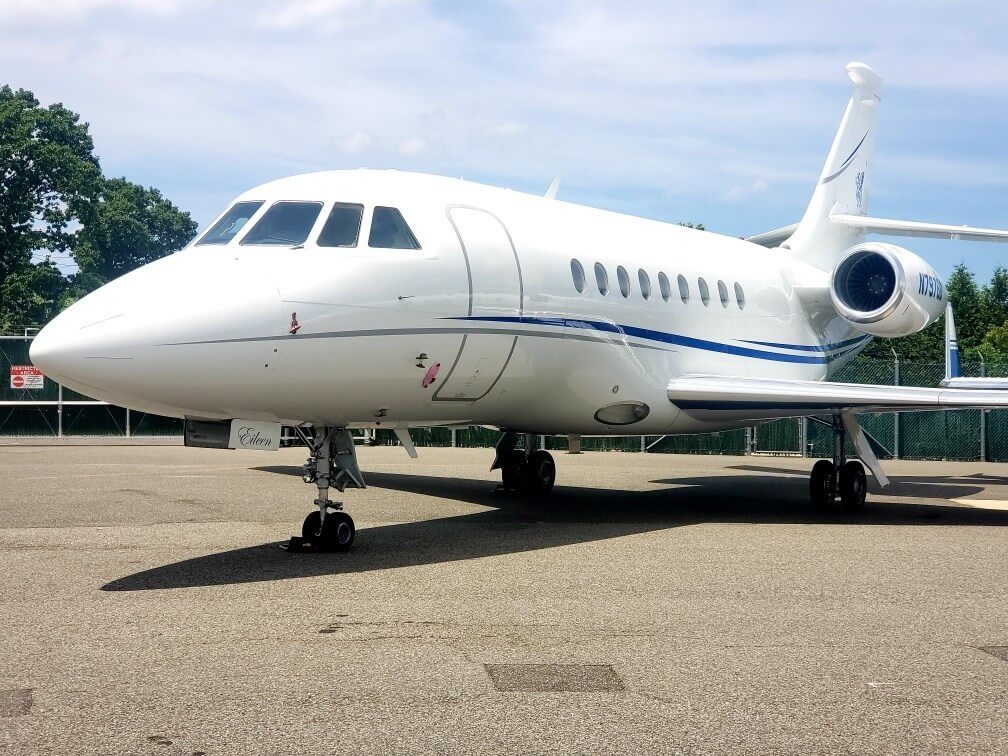 Talon Air has expanded its fleet and geographic footprint with the addition of a Scottsdale, Arizona (SDL) based Falcon 2000. The new Falcon jet becomes Talon’s 41st managed aircraft and the fifth addition to the Talon fleet since mid-April.

“This is an important milestone for us,” said Talon CEO James Chitty, adding, “not only does it build upon our formidable fleet of heavy jets, this Scottsdale-based aircraft also opens a new gateway to key West Coast and Southwest charter markets.”  Several aircraft in the Talon fleet already have floating bases, but the Falcon 2000 “is ideally positioned for our frequent charters from the Phoenix area, Las Vegas, the Los Angeles metropolitan area and beyond,” Chitty commented.

The Falcon 2000 offers high-speed WIFI, plush leather seating for ten and transcontinental and intercontinental range. Passengers will be served by an experienced cabin attendant, who is trained to deliver the highest levels of customer service.

This latest addition to the Talon fleet will be the first of several West Coast-based aircraft in the coming months. “With the current resurgence of charter demand, Talon is committed to having aircraft wherever and whenever our customers wish to fly. This beautiful new Falcon 2000 demonstrates that commitment,” Chitty concluded.