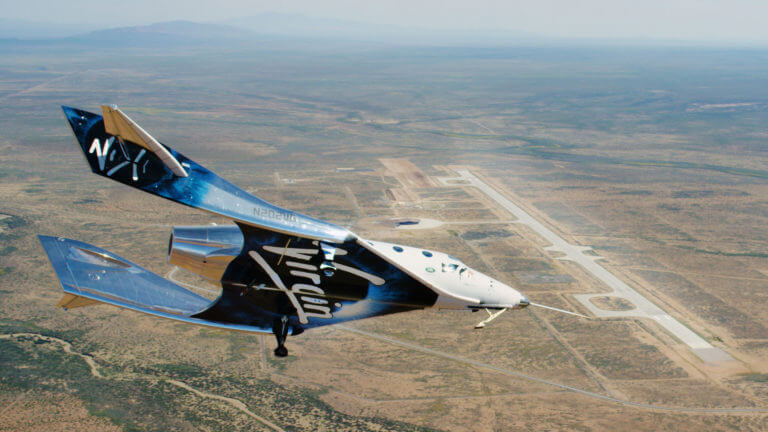 A Southwest Research Institute (SwRI) planetary scientist has been chosen to be among the first group to conduct NASA-funded science experiments while flying aboard a commercial spacecraft, the space agency announced today.

“This is the first selection of a private-sector researcher to fly with NASA funding on commercial vehicles,” Stern said. He called the development a “potential sea change” in NASA-funded space research, opening the door to much more extensive experimentation in space by researchers. The NASA selection made today builds on SwRI’s long history of work and internal research funding to capitalize on the new generation of commercial suborbital vehicles like SpaceShipTwo.

In 2020, NASA updated the Flight Opportunities Tech Flights solicitation in part to allow “human-tended” experiments on board commercial spacecraft.

“We are proud to be working with NASA and the Southwest Research Institute to fly Dr. Alan Stern on our SpaceShipTwo vehicle from Spaceport America,” said Michael Colglazier, Chief Executive Officer of Virgin Galactic. “It will be Alan’s first time flying to space and we are excited to be involved in such an important milestone. Human-tended research onboard SpaceShipTwo enables scientists to engage actively with their experiments, responding to developments in real time, which is a vital step towards expanding our understanding of space science. We believe there is significant value in conducting scientific experiments on suborbital flights and we look forward to expanding our capabilities in partnership with NASA’s Flight Opportunities Tech Flights program.”

One SwRI experiment on the just announced flight will involve Stern operating a former space shuttle and NASA F-18 low light level camera to determine how well space astronomical observations can be conducted. In addition, Stern will be fitted with instrumentation that continuously monitors human vital signs from just before the two-hour flight until after its landing as a biomedical experiment. The results of both experiments will be published.

“Going to work in space myself for the first time after having spent so many years sending machines there to do the research for me is going to be a major career highlight, and something I am honored to be selected for,” said Stern, who has previously been involved in 29 space mission science teams but had not flown in space. “But I hope this is just the first of a steady stream of flights by SwRI researchers doing work in space in the years and decades ahead.”