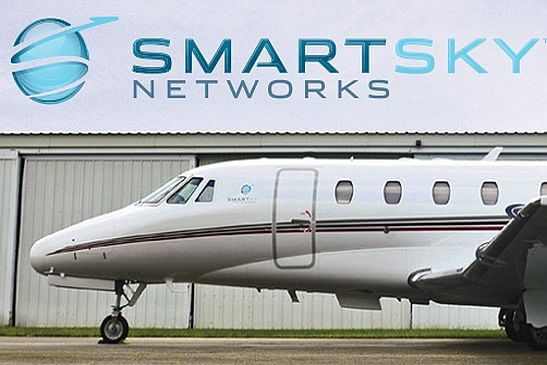 SmartSky Networks, the provider of next-generation inflight connectivity for aviation, has received an additional $25 million from funds managed by the Global Credit Opportunities team at BlackRock, after surpassing an important network deployment milestone on its way towards beginning commercial operations during the second quarter of 2020.

Funds managed by the Global Credit Opportunities platform at BlackRock previously committed to a $75 million credit facility, with $50 million drawn initially.  The final $25 million was contingent upon the company making substantial progress on the nationwide network rollout, which it achieved in November.
“SmartSky has consistently been able to attract capital from top companies because there is strong support for our technology in aviation connectivity,” said Haynes Griffin, SmartSky Chairman and CEO. “We appreciate the continued confidence from a respected and sophisticated firm such as BlackRock.”

SmartSky is reinventing connectivity, building a new-generation network from the ground up with a novel single-beam-per-aircraft approach using both proven 4G LTE and emerging 5G technologies.  After eight years of development backed by more than 140 patents and over 1,000 hours of flight testing, including by aircraft owners, airlines, fleet managers and journalists, SmartSky’s network is frequently called the best performing WiFi network in aviation as it progresses towards launch in 2020.

“Customers have a huge pent-up demand for a fully capable airborne network that provides a phenomenal 10x better experience in the sky while also opening significant possibilities for advancing aviation in maintenance, environmental, operational, financial, and other areas,” said Ryan Stone, SmartSky President. SmartSky is maximizing the benefits of high-performance connectivity through its digital solutions platform, Skytelligence, which enables advanced applications and services.