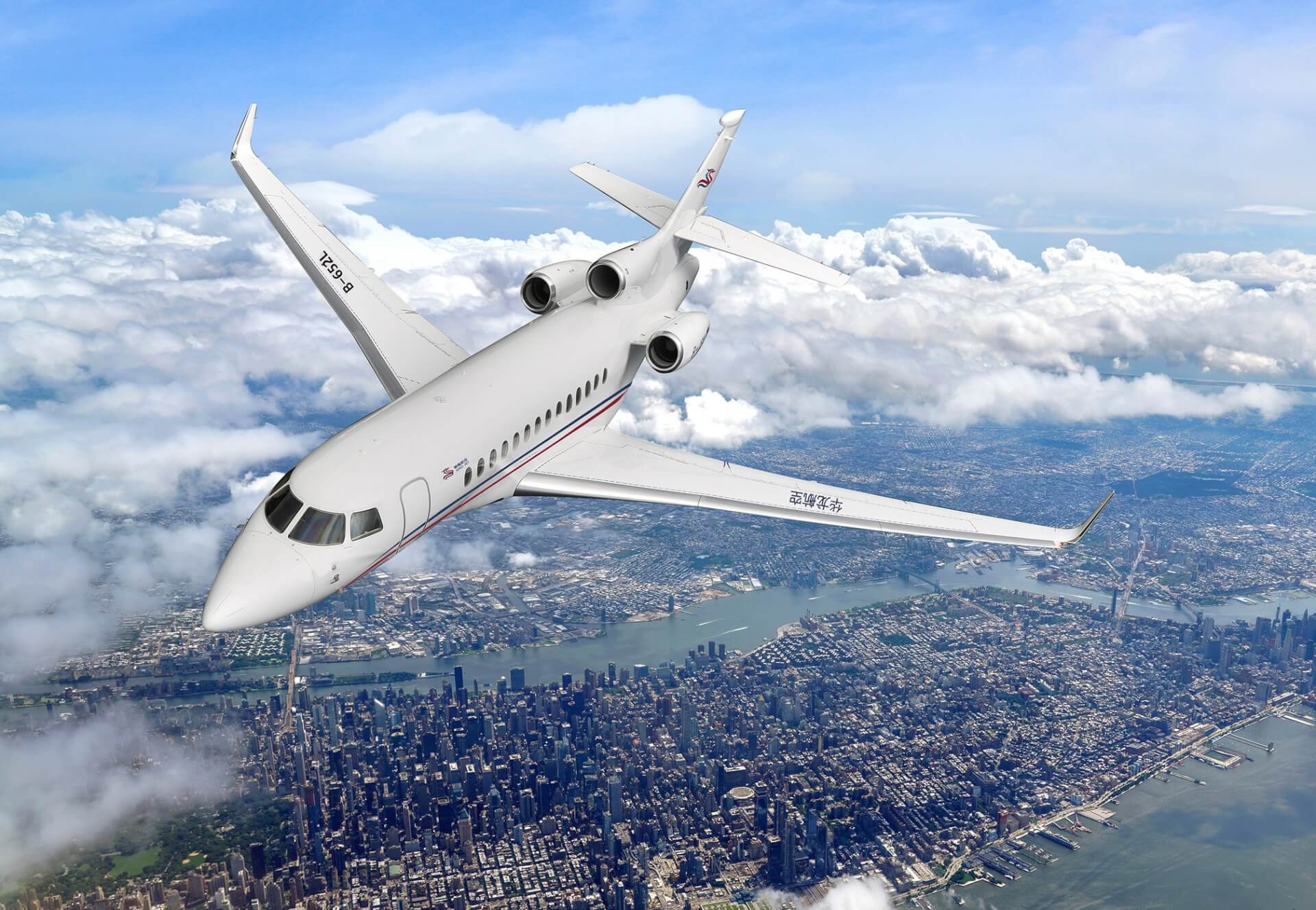 On April 22, Earth Day, Sino Jet announced the import of its own Dassault Falcon 7X business jet from France, and “carbon neutrality” was achieved through adopting low-carbon emission initiatives and the offsets of China Certified Emission Reductions (CCER) throughout the entire flight in the aircraft introduction.

As an important part of China’s business aviation industry, Sino Jet is deeply involved in the implementation of the ecological and cultural thinking of “promotion of high-quality development with high-level protection”.

Sino Jet is the first in business aviation to adopt the “green aviation” development strategy, a pioneer to promote the “double carbon” development goal.

Sino Jet’s Falcon 7X business jet will lead off the green development of China’s business aviation. The plane took off from Bordeaux, France, via Dubai, and arrived in Shanghai, with a total flight distance of 14,114 kilometers.

Spokesperson of Sino Jet said: “With the rapid development of human society, the problem of global warming is affecting people’s survival and safety.

In the past few years, Sino Jet has adopted many effective measures to reduce greenhouse gas emissions, including the launch of energy conservation and emission reduction initiatives to its employees, progressing to a paperless office, and the use of electronic flight packages (EFBs).

Sino Jet is also the first in the industry to develop an effective information management system that covers the entire life cycle of business jets.

Sino Jet says that since the beginning of the carbon neutral flight project, it has reached a strategic cooperation with Carbonstop to adopt Carbonstop’s CREO carbon neutrality plan.