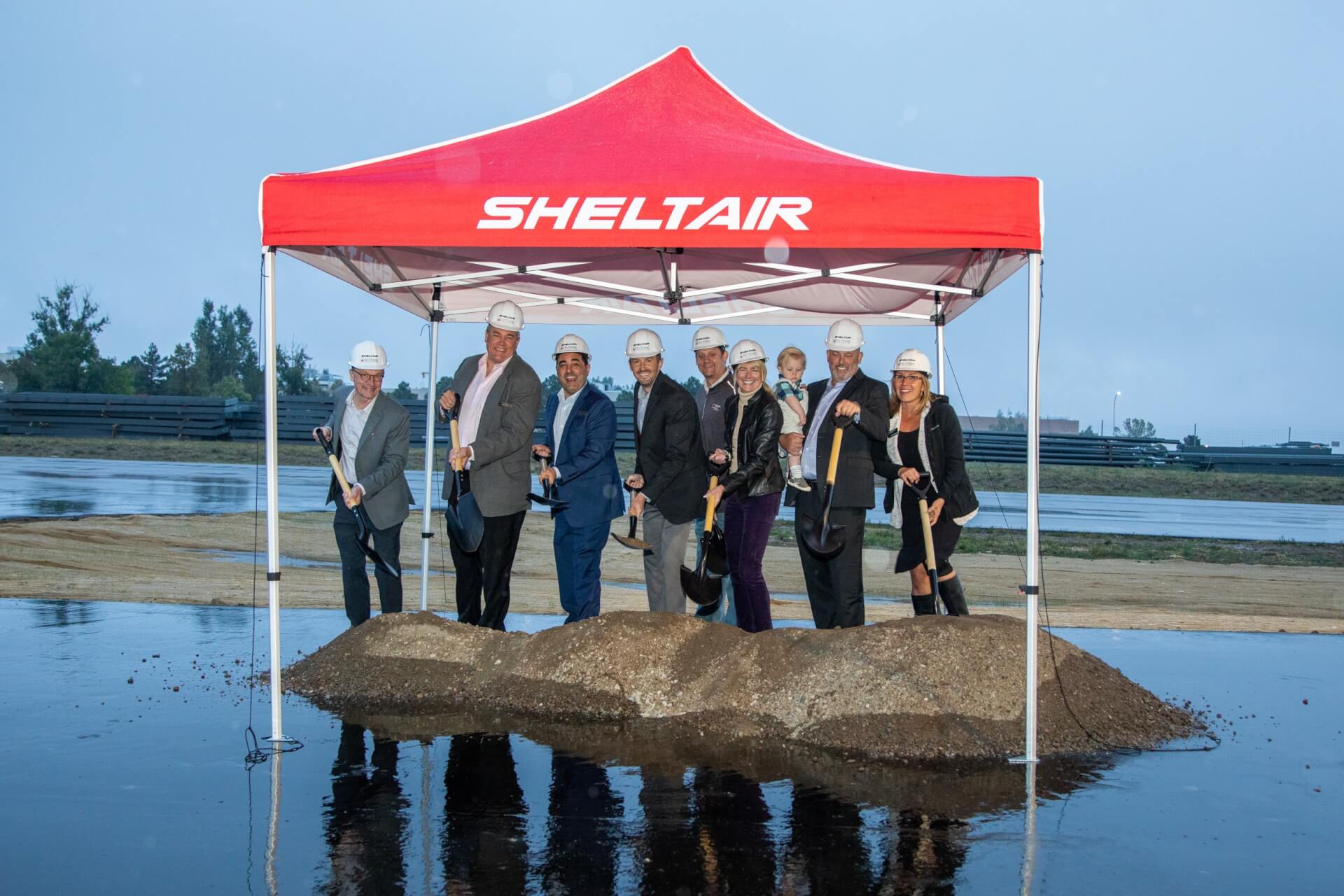 Just a year after breaking ground on its latest hangar development in Denver, Colorado, Sheltair has inaugurated its second large-cabin class-size hangar in a ribbon-cutting ceremony.

Simultaneously, the company also celebrated the groundbreaking of its new expansion project, which will add three more hangars to its FBO at Rocky Mountain Metropolitan Airport (KBJC) portfolio.

Equipped with 28-foot tail-height doors, Sheltair’s newly-completed Hangar B has added 30,240 square feet of hangar space for large-cabin class aircraft, such as G650 and Global Express.

Sheltair’s new $12 million facility will provide tenants with an additional 6,324 square feet of Class-A office and support space, designed as six leasable areas served by common space, including a lobby, kitchen, and restrooms.

Outside, the latest addition to the Sheltair KBJC complex includes 48,000 square feet of new ramp space and 94 vehicle parking spaces, 16 of which are covered.

“We are delighted to have a premier partner in Sheltair, and we are confident that our relationship will lead to long-term success.”

Sheltair’s first-ever milestone celebration added to the inauguration of Hangar B with the groundbreaking of its new development project.

The construction will include three hangars equipped with a large flexible space, two offices, restrooms and a three-car garage.

Parking for 56 vehicles and 67,856 square feet of new ramp space will also be added to support the operation of this new project.

“We are focused on our ongoing promise to fuel, build, and serve the Jefferson County community, and delivering state-of-the-art facilities that will meet and exceed the present and future needs of business aviation in BJC.”