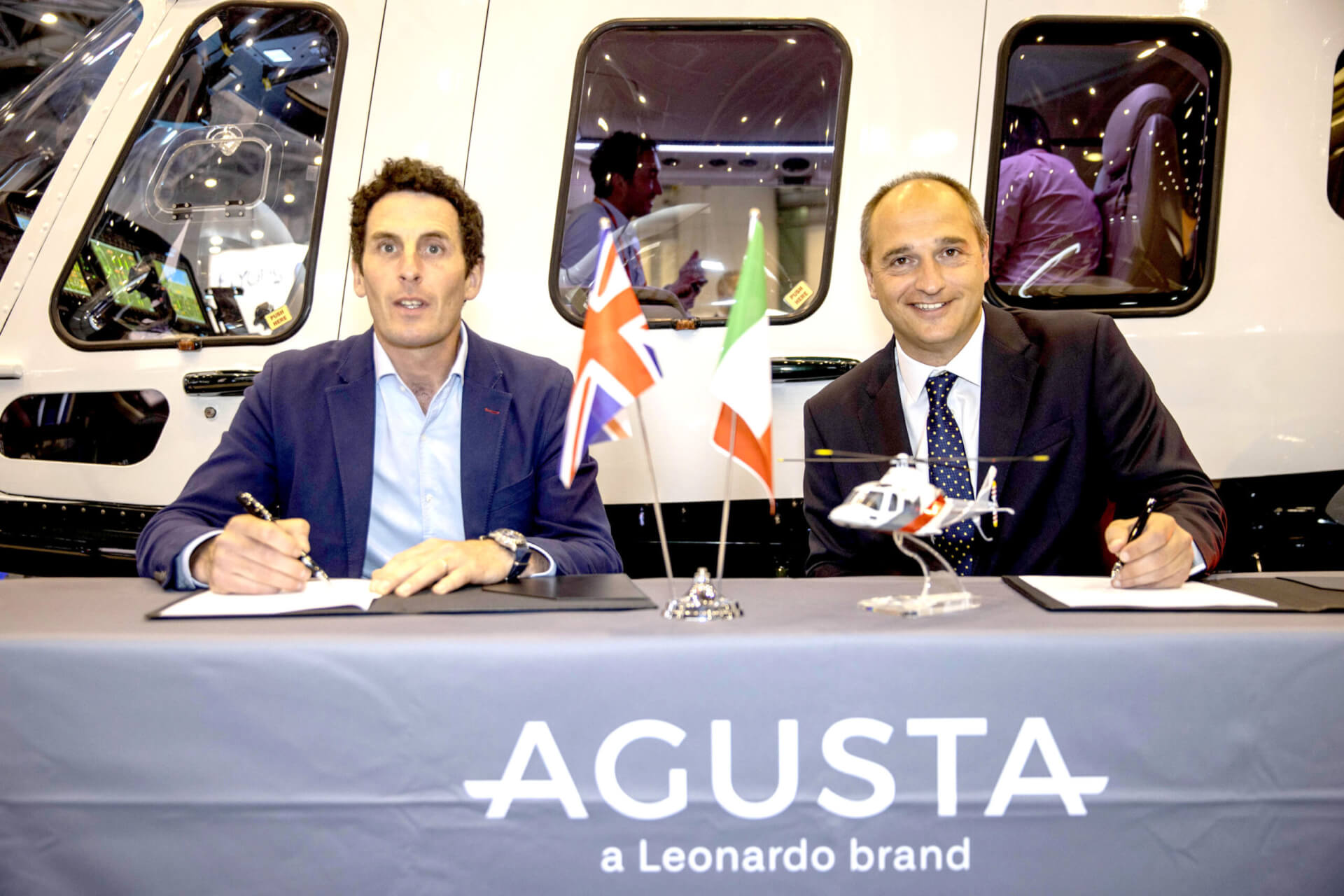 SaxonAir, the independent UK business aviation operator, confirmed its order for an Agusta AW109 GrandNew helicopter on the opening day of EBACE, Monday 23 May.

The latest variant, to be delivered in the first quarter of 2023, with the registration G-KLNA, replaces SaxonAir’s 2016 AW109SP, which was delivered new in 2016.

Norwich-headquartered SaxonAir, which also has bases at London Stansted, London Biggin Hill Airports and Denham Aerodrome for helicopter operations originally committed to the helicopter in December 2021.

With its sizeable and well-appointed cabin, it can comfortably accommodate six passengers in VIP seating.

“We are delighted to be continuing our near decade long relationship with SaxonAir, bringing into service their second new AW109SP helicopter.” said John Parnell, Sales Director at UK and Ireland distributor Sloane Helicopters.

The AW109 GrandNew is an especially sought-after UK corporate flagship aircraft with its generous 917km range and a max cruise speed of 156 knots (180mph).

SaxonAir has also extended its third-party maintenance agreement with Sloane Helicopters, which has actively supported Leonardo in sales and maintenance since 1995, to support the type once delivered.

SaxonAir already offsets carbon emissions produced by all of its helicopter flights as part of its ongoing commitment to sustainability.

Now, it is looking at introducing a potential mobile sustainable aviation fuel (SAF) bowser to support its growing operations.

“This commitment to the AW109SP GrandNew is a major milestone in the development of SaxonAir Helicopters, which evolved out of its 20 year-plus fixed wing business in response to client demand to deliver that final mile in private travel – door to door,” commented SaxonAir CEO Alex Durand.