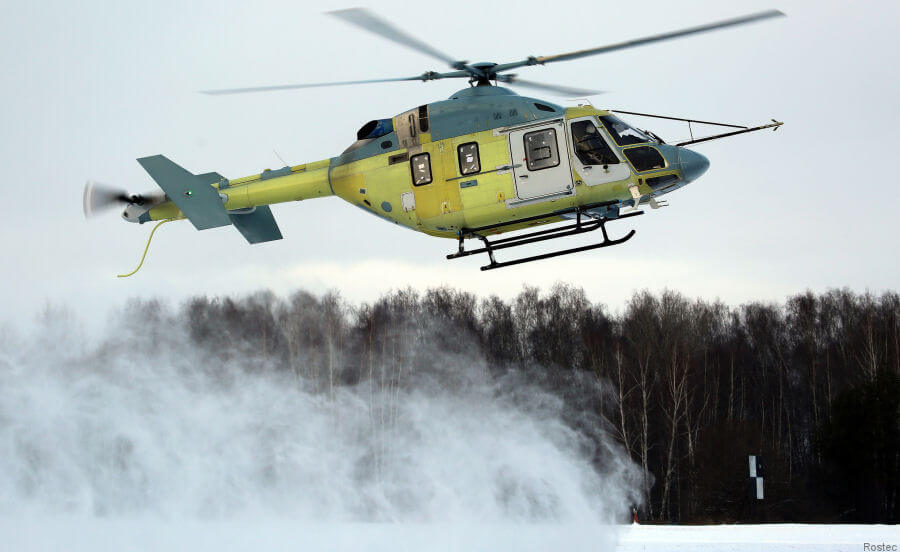 The helicopter is equipped with an upgraded fuel system, which made it possible to increase the flight range. Due to the modernization of the tail, the aircraft stability has been improved. In addition, Ansat-M received the latest avionics, which allows it to fly in zero visibility conditions.

Ansat is a versatile helicopter capable of performing a wide range of tasks, with great potential for modernization. The new modification received an improved fuel system, it became possible to install an additional tank – as a result, the flight range increased from 505 to 800 km.

The proportion of composite materials in the structure has been increased by 15% to 35% – this has made it possible to reduce the weight of the helicopter and improve its flight characteristics.

Certification tests of Ansat-M and the first deliveries are planned for 2021, ”said Anatoly Serdyukov, industrial director of Rostec aviation.

New blades of the Ansat’s tail and main rotors with improved aerodynamics are being developed. Their use will increase the ability to maneuver and improve passenger comfort by reducing the noise level in the cabin. The use of new blades will also increase the maximum take-off and landing altitude, cruising speed, dynamic ceiling, and take-off weight.

In 2021, it is planned to equip the aircraft with a new anti-icing system and a 3-channel autopilot for automatic flight.