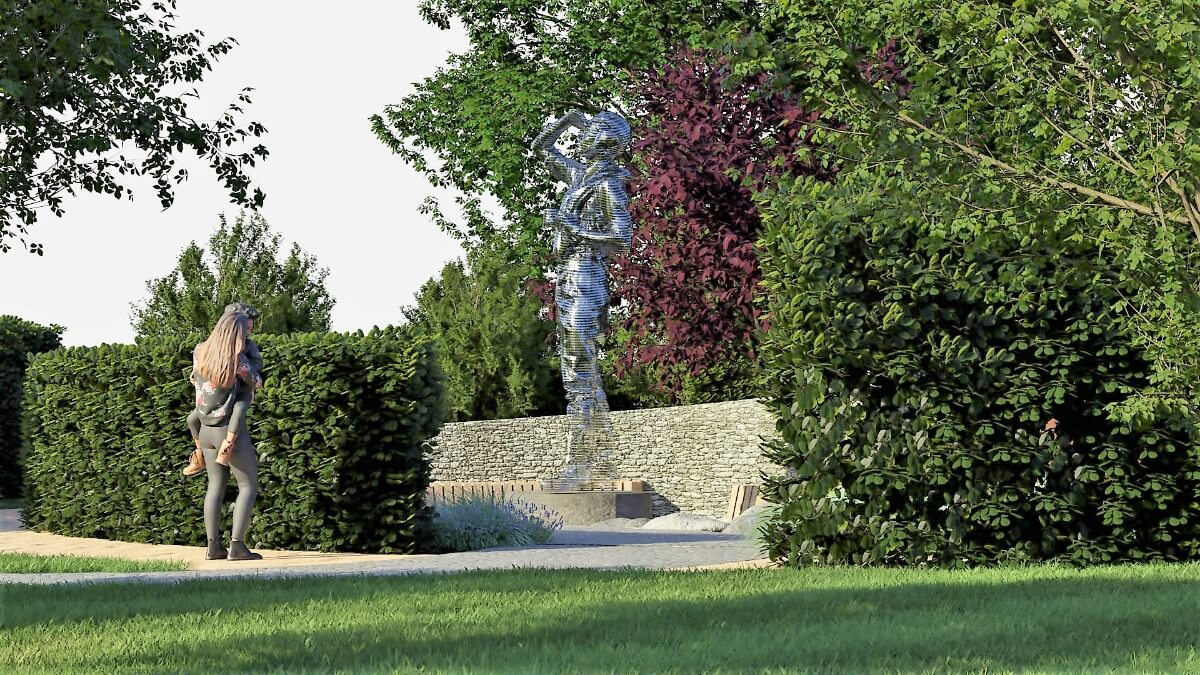 The garden will feature a sculpture of a young RAF pilot looking up at the sky, created by award-winning designer John Everiss. Standing at four metres tall and constructed from 1,200 layers of laser cut stainless steel, the stunning contemporary sculpture will be a powerful and moving tribute to all those who have served and continue to serve in the Royal Air Force.

Following the RHS Chelsea Flower Show, the garden will be relocated to a permanent site at London Biggin Hill Airport, where it will be renamed ‘The Strongest Link Garden’ – alluding to Prime Minister Winston Churchill’s description of RAF Biggin Hill as his ‘strongest link’ during the Battle of Britain.

The unveiling will take place on 15th September, Battle of Britain Day.

John Everiss said: “I am thrilled and honoured that ‘The Strongest Link Garden’ will be permanently sited at Biggin Hill, the RAF’s most important fighter base during the second world war.

“The garden is a lasting tribute to all those who all sacrificed so much – the pilots, ground crew and civilian personnel – particularly in the Battle of Britain during the summer of 1940.”

The garden has been designed to allow visitors to sit and reflect on the service and sacrifice of those that that served at RAF Biggin Hill in the hope that it will inspire visitors to look into their own history and speak to family and friends about their connections to the RAF.

David Winstanley, Chief Executive Officer at London Biggin Hill Airport, said: “Whilst London Biggin Hill Airport has a clear vision to become London’s pre-eminent full-service Business Aviation Airport and a leading centre for Aviation Technology and Enterprise, we remain conscious of the role this famous airfield has played in our country’s past.

“The Strongest Link Garden’ will help ensure that we continue to tell the story of the Battle of Britain to future generations. John’s imposing sculpture and commemorative garden will stand abeam the main approach to runway 21, providing an iconic gateway to the modern airport and a destination attraction for its many visitors.”