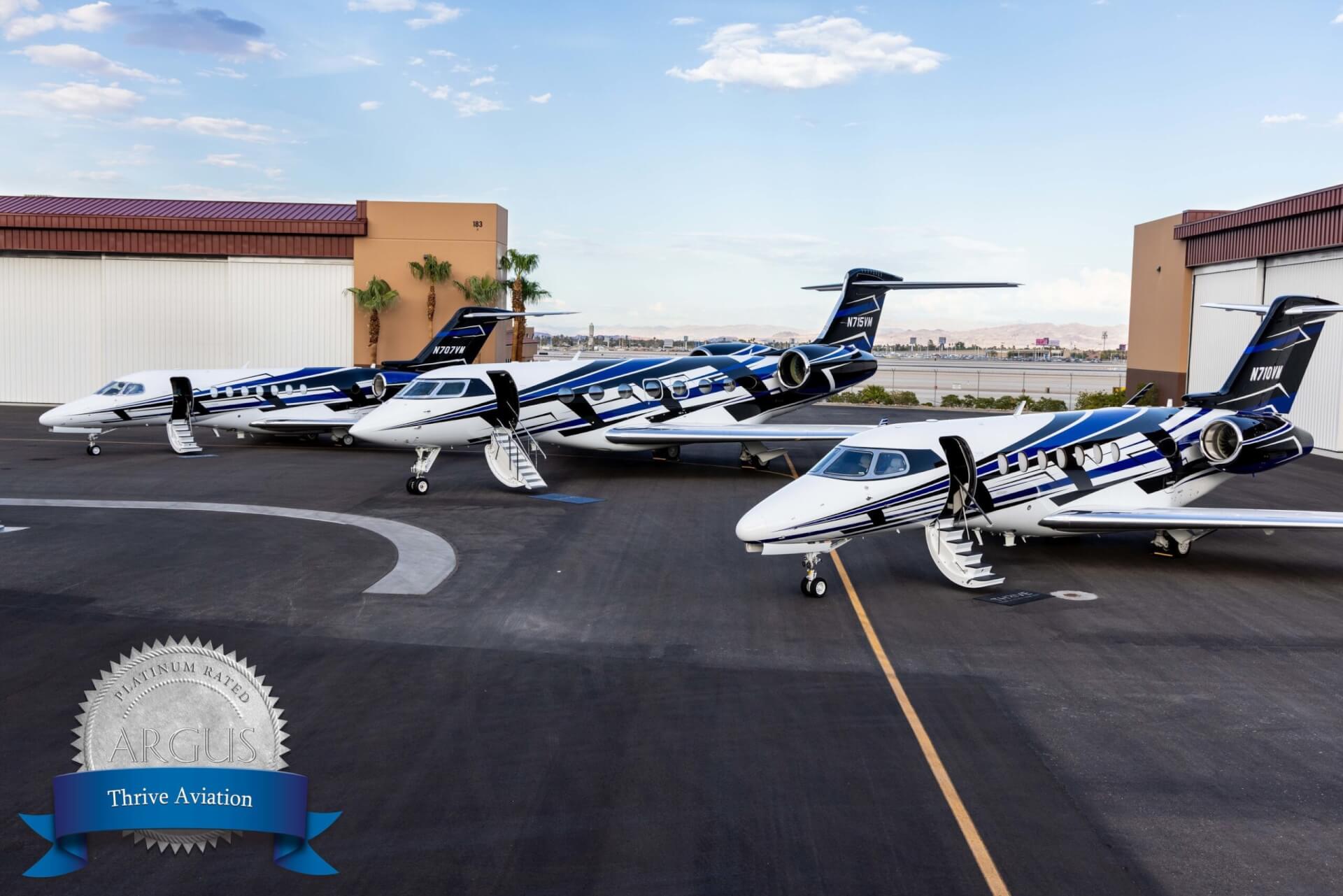 Thrive Aviation was awarded the coveted Platinum safety rating in an upgrade to their longtime Gold status, after completing an on-site audit with ARG/US’ standards team.

The review is an in-depth, historical safety-analysis of planes, pilots, and procedures, as well as a validation of enhanced standards in the operation’s SMS and Emergency Response Plans.

Known as the industry’s most respected, unbiased, and detailed third-party safety analysis, the ARG/US Platinum designation is another impressive milestone in Thrive’s emergence as one of the country’s premier, luxury jet operators.

Thrive’s Director of Safety, Brian Harlan, has led the company’s pursuit of elevating its safety-first culture and operating procedures over the past two years.

Brian comments on the achievement: “ARG/US Platinum has become the standard by which other standards are set.

“This is not just a stamp of approval in process, but a reflection of our team’s hard work and commitment to a superior culture of safety before anything else!”

Co-Founder and Thrive’s acting Director of Operations, Stuart Edenfield adds: “We’ve always been a safety-first organization, but with our rapid growth over the past few years, we knew that we needed to invest heavily in scaling that culture.

“The recent audit by ARG/US and resulting Platinum designation was a great validation in our team’s ability to meet and maintain the highest safety standards in the industry!”