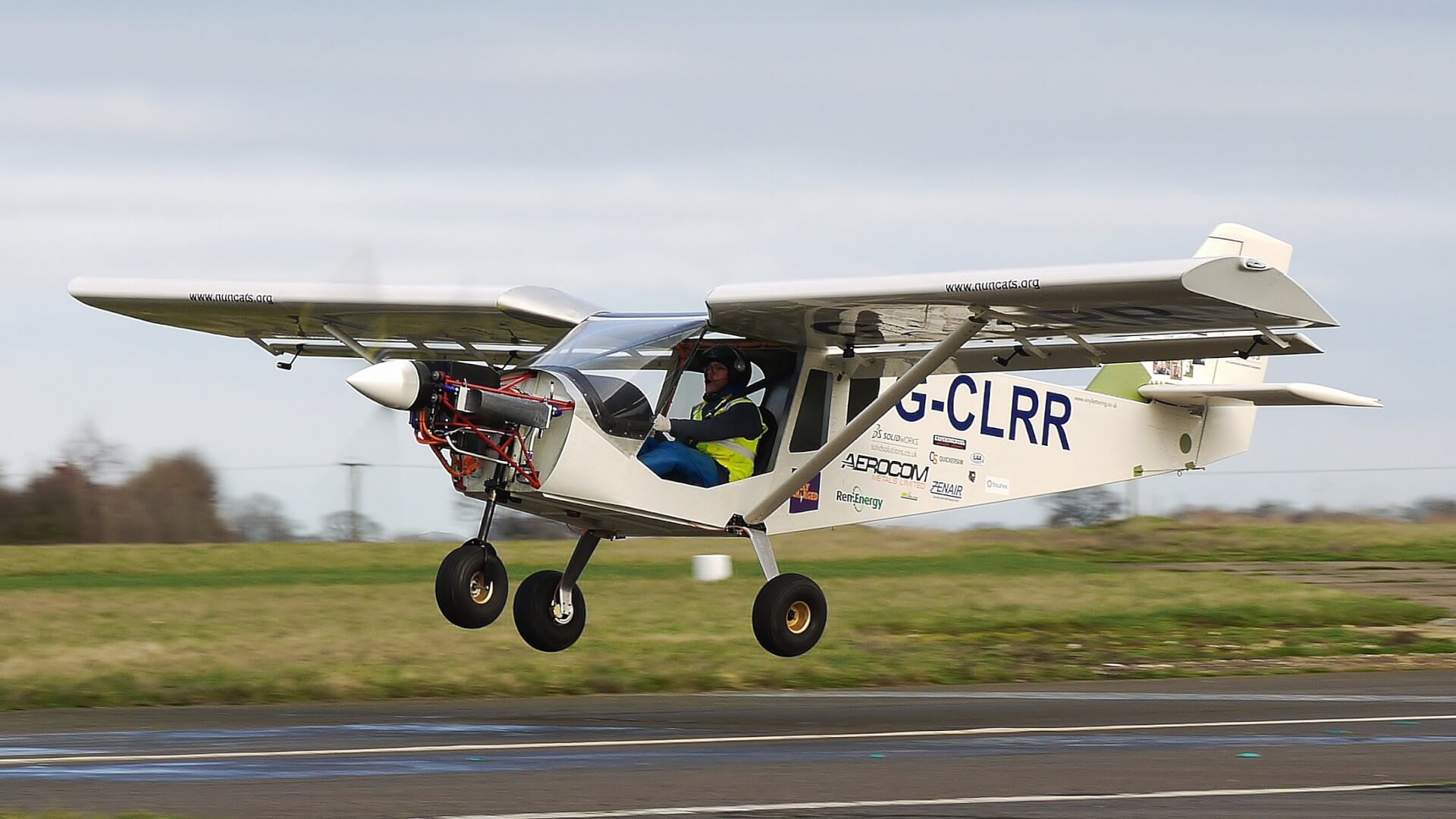 A pioneering Norfolk aviation project aimed at improving healthcare and saving lives in some of the most remote parts of the world is a step closer to take-off after taking its maiden flight.

Old Buckenham-based firm NUNCATS is in the process of developing the ‘electric sky jeep’, to provide cheap and sustainable transport to deliver doctors, teachers and medical supplies to remote communities across the world.

It plans to work with charities and non-government organisations (NGOs) to tap into existing networks of solar powered energy grids on buildings in remote towns and villages so that the aircraft can fly between them delivering vital medical aid and attention.

The ‘electric sky jeep’, based on a Zenith CH750, has been under construction for the past three years but on Friday, January 20 successfully took to the air at Old Buckenham Airfield, in south Norfolk.

The test flight is a significant step forward for the project and means any tweaks can now be made to speed up the production process, step up the trials and eventually see the plane take to the skies in life-saving missions.

The Community Interest Company (CIC), which has partnered with US Zenith Aircraft Company and several start-up investors, is the brainchild of Shipdham-based husband and wife Tim and Helen Bridge, who founded the company in 2019 and began the work during the covid lockdowns three years ago.

They have taken a light-aircraft (available in kit form), and replaced the petrol engine and fuel tanks with an electric one with batteries, supported by solar charging stations on the ground. Both the aircraft and the solar system are based at Old Buckenham.

Mr Bridge said: “Nobody else is building electric aircraft in this way. Our aim is to provide a low-cost, rugged and practical aircraft for use in rural and hard to reach communities, such as medics in Uganda and doctors in rural India.

“We knew it would work but it’s great to actually see it in action. Now we have done that our next stage is to find the money to complete the second plane and replicate this so we can get them out into the field for testing.

“As soon as funding allows, we hope to move towards getting this into communities where it can make a real difference. There are currently a billion people in the world with no access to healthcare, 5000 people will die because of that just today. This can be a genuine life-saver.”

The test flight was piloted by Captain Tim Kingsley, a pilot at Norwich-based air charter company SaxonAir, which is backing the project.

Captain Kingsley said afterwards: “I’m very happy with how today went. It was cold out there, there was a bit of crosswind, but everything went really well.

“I’m delighted to be involved in this project and although it is still at its very early stages the vision is a really exciting one. There’s nothing like this anywhere else in the world.

“I’ve seen first-hand the challenges some of these communities face and harnessing natural energy in such a way could make a real difference to so many people’s lives.”