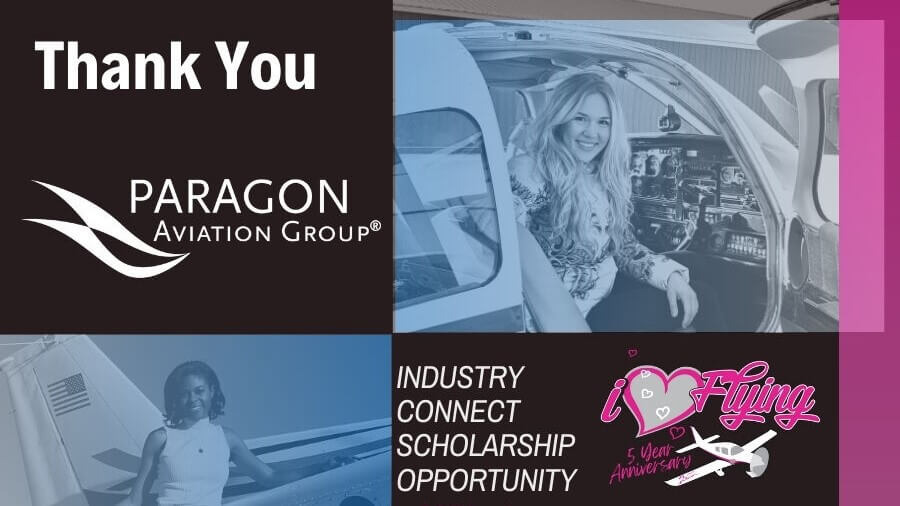 Paragon Aviation Group has officially joined as an industry partner with I Hart Flying Foundation (IHFF) to aid more women in flight and help bridge the gender gap in aviation.

For IHFF’s five-year anniversary celebration, they have collectively pulled together multiple partners for their industry connect scholarship opportunity which will launch at EAA AirVenture – the world’s largest airshow held July 25-31 in Oshkosh, WI.

“This is an incredible organization, and we feel honored to be able to support women in aviation,” shares Megan Barnes, President of Paragon Aviation Group.

“I was blessed to be born into an amazing aviation family and learned to fly at an early age. Being able to share this opportunity through the I Hart Flying team is a true gift.”

I Hart Flying Foundation and Paragon Aviation Group recognize that entering flight training is becoming increasingly expensive, which is affecting the ability to supply the industry with a diverse, qualified pipeline of pilots.

Aside from the reality of a pilot shortage, women still make up less than 6% of ATP‘s (airline transport pilot rating) in the world.

“While our scholarships are fully based on merit and it’s an intensive application process, it is well worth it in the end for our scholarship recipients,” Rachelle Spector explains, Founder and CEO of I Hart Flying Foundation.

“Each scholar is provided more than $3,000 worth of flight training supplies, training aids, packages, and travel support from across our industry partnerships, in addition to funds awarded toward their flight training.”

As IHFF celebrates their five-year anniversary this July, it is incredible to note they have awarded more than $120,000 in scholarship funding, training packages, pilot supplies and flight training equipment to 21 scholars since 2017.