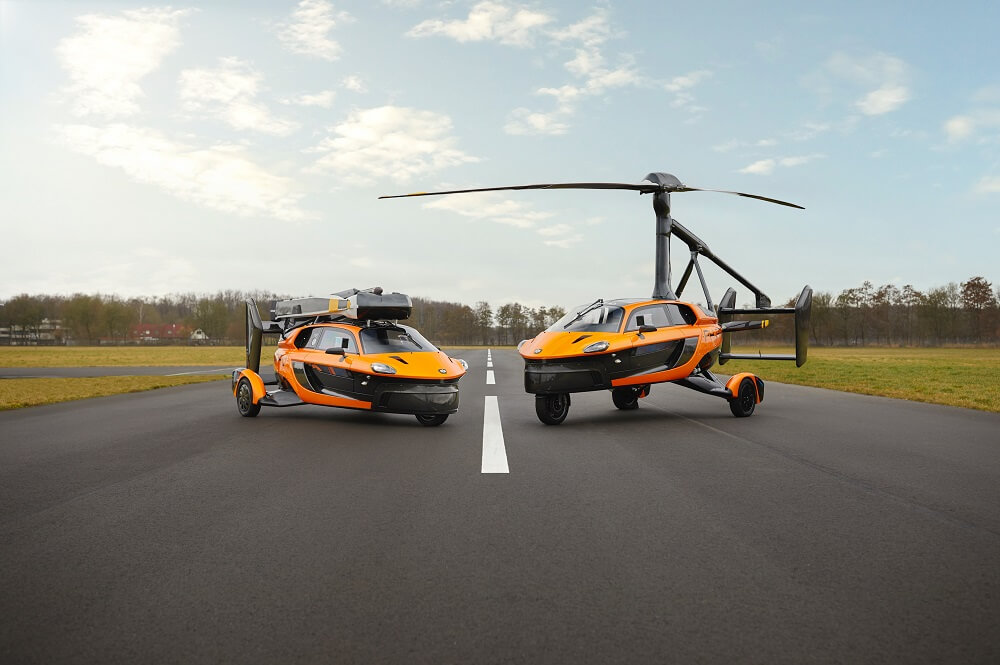 PAL-V (which stands for Personal Air and Land Vehicle) is an early mover in the dynamic world of Advanced Air Mobility.

Led by Founder and CEO Robert Dingemanse and COO Mike van den Broek, PAL-V International first started collaborating with EASA over 10 years ago to help the Agency determine certification standards for a car that turns into a light rotorcraft.

Here, it was able to draw on the expertise and experience of international management who honed their engineering skills at Fokker Aircraft, GKN, Bentley, Ferrari and Porsche.

Recently, the business, which employs over 120 people, started compliance demos to obtain its type certificate under EASA’s CS-27 status.

This will ultimately see the Liberty approved in 80% of the world market including the USA. Once this milestone has been reached it can start ramping up for customer deliveries.

Transition from road to air in six minutes
The PAL-V Liberty seats two people in a fully enclosed cockpit. It can transition between road and air transport modes inside six minutes with its rotors secured into the vehicle.

General aviation fixed wing and helicopter pilot Andy Wall learned to fly while working in the automotive sector in parts and accessories distribution.

His passion for flying and flair for sales combined to help him secure senior sales roles for several leading aviation brands.

He was chief sales officer for market leader AutoGyro based in Germany as well as helicopter sales & distribution across the Americas.

Until recently, he lived in the USA.

Now he is in Oxfordshire and excited to be championing the many merits of the PAL-V.

“It is rich in the heart of the motoring industry and easily accessible to London.

“The team at the airport have been superb and very adaptable to our needs and there is great synergy with established tenant companies there.”

“We are delighted to host PAL-V at London Oxford Airport – an extraordinary, innovative aircraft that opens up a whole raft of opportunities and applications, not just pure fun!,” commented the airport’s Head of Business Development James Dillon-Godfray.

“It’s a natural fit here, especially when you consider we are at the hub of the UK’s multi-billion motorsports and high-performance automotive engineering industry.

“A a hi-tech ‘flying car’ probably appeals significantly to some of our Oxfordshire client base.”

Initial production of the PAL-V will be sold to the Benelux, Austria, Germany, Switzerland and UK, widening out to the rest of Europe, North America and then into Middle East and Asia.

“Establishing the right Infrastructure will be tremendously important, as will close collaboration with regulators to ensure we have the correct and proper minimum training requirements for the safe transition of existing and new pilots.” highlighted Andy.

Initial interest in the Liberty has been evenly split between commercial, defence and private users, enabling the user to move efficiently between city and home, event and airport without delay and the inconvenience of having to change vehicles. 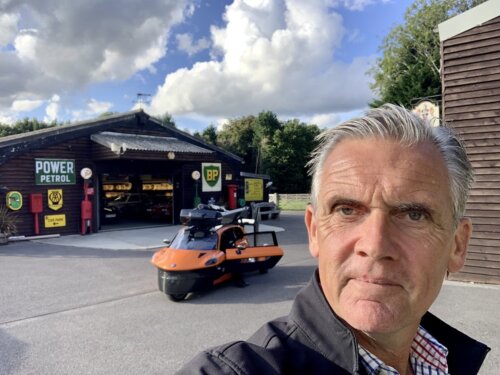 “The PAL-V is a disruptive game changer in the general and light aviation sector, which is invariably prone to weather delays the world over. This makes us such a compelling solution,” he notes.

“Getting the ‘Special Conditions for Gyroplane combined with Road Vehicle use’ regulations published was a major achievement by all parties, a culmination of 10 years’ work with EASA.”

PAL-V will be adopting the latest generation of real time software and monitoring equipment, complemented by first class training and engineering support to ensure that each flying car operates to the highest level of performance.

“The whole genre of Flying Cars is one of puzzlement and excitement, by keeping it simple and getting the first approvals of the type, we aim to de-mystify the complex, the unknowns and maximise the excitement,” he concluded.

The PAL-V prototype will be presented at London Oxford Airport (OxfordJet FBO) from 20 to 22nd September for guests and media to visit, including the opportunity to try the simulator.