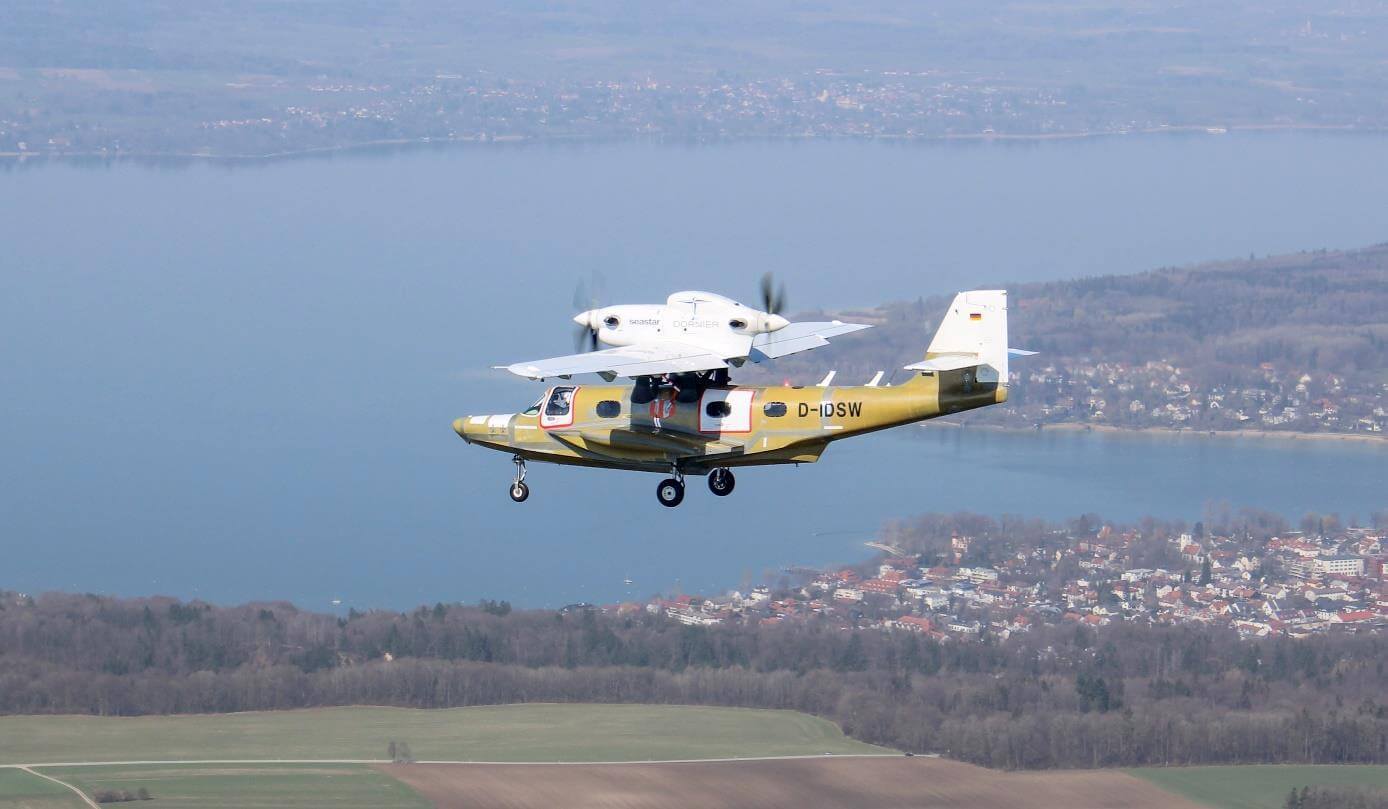 The Seastar SN1003 attained the required approvals from EASA and LBA on 19 March 2020, this was a major milestone and achievement for the program.

The New Generation Seastar is significantly improved from the original Seastar which was designed and developed by Claudius Dornier Jr. in the 1980s. The New Generation is equipped with a state-of-the-art full digital glass cockpit, new highly efficient propellers, several systems including air-conditioning and stern thruster, plus a corrosion-resistant composite structure that results in reduced maintenance keeping costs significantly down particularly in sea water operations.

The operational concept of the Seastar is to enhance short to medium haul trips with lower cost and flight time but higher safety and capacity, efficiently connecting land and sea through the sky. The New Generation Seastar has a maximum takeoff weight of 5100 kilograms, a maximum cruise speed of 180 KTAS (333 km/hr) and 900nm (1667 km) as a maximum range*.

Pilot’s feedback after the first flight of the New Generation Seastar: “ First flight was completed successfully and confirmed the nice handling qualities of the Seastar. All systems functioned correctly. The advanced avionic system reflects the state of – the – art in cockpit design and is a good baseline for future development . ” – Wolfram Cornelius, Chief Test Pilot