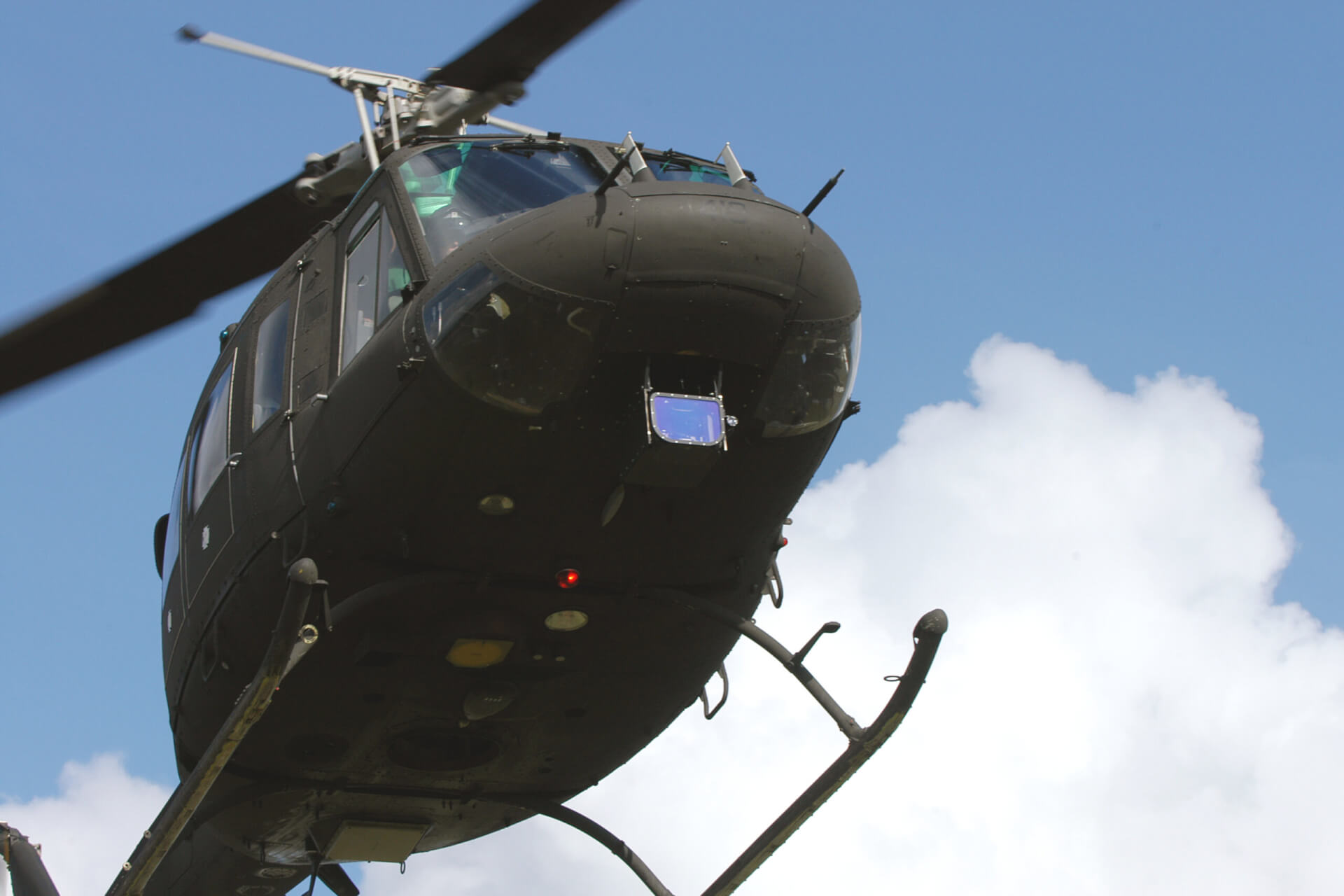 Called LOAM-V2 (Laser Obstacle Avoidance and Monitoring), it weighs only 13 kg and is particularly compact in size.

The new obstacle identification and alarm system for rotary wing aircraft promptly detects the presence of small obstacles along the route, such as cables as small as 5 mm in diameter, pillars and structures, offering the crew an opportunity to modify their altitude or direction.

The navigation aid acts as a radar-laser (LADAR), safely scanning the area around the flight path to collect real-time information on the environment, terrain and obstacles.

The information is then processed to identify and classify any obstacles and provide acoustic and visual warnings in sufficient time.

To ensure the pilot has maximum situational awareness under various flight conditions, the system’s behaviour is optimised for flying at a higher cruising height on course or for approaching at lower speeds while hovering.

LOAM-V2 – developed by Leonardo on the experience acquired with the previous version operative on NH90, EH-101 and CH-47 helicopters -, offers a unique ability to orient field of vision in order to guarantee broader coverage, thanks to “look-in-turn” technology permitting early detection of obstacles and generation of the appropriate warnings.

When flying at low speeds, the system’s behaviour changes to provide up to 360⁰ coverage.

The active sensor can be integrated with other active and passive sensors such as radar, visual or infrared fixed or adjustable video cameras, and systems based on static databases of obstacles and digital maps.

In addition to self-protection equipment, Leonardo will also be displaying some of its top electronics technologies developed for civil and military applications at the Farnborough Airshow.

These new-generation solutions for the digitisation of on-board apparatuses include surveillance and firing control radar and medium-to-long-range air defence sensors capable of reinforcing the company’s international position in Electronics for Defence and Security.