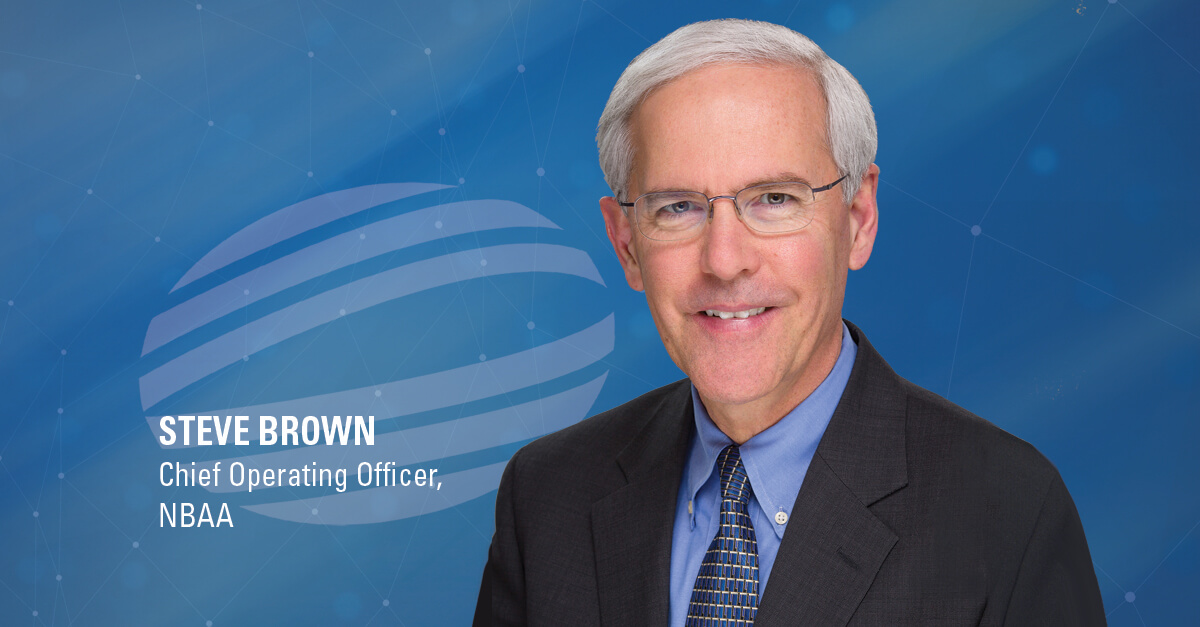 The National Business Aviation Association (NBAA) today announced the formation of the Steve Brown Leadership Scholarship, in honor of the association’s former chief operating officer, who retired earlier this year.

The scholarship was created by NBAA, in coordination with NBAA Charities, to support students interested in pursuing a career in business aviation who are currently enrolled in programs to achieve this goal. Two awards of $1,500 each will be given out annually.

“The business aviation industry, and aviation as a whole, is better, stronger, safer and more efficient as a direct result of Steve Brown’s decades of leadership,” said NBAA President and CEO Ed Bolen.

“This scholarship will help identify and grow the next generation of leaders who will move our industry forward.”

Brown joined NBAA in October 2004 as senior vice president of operations before being named COO in 2010.

Prior to joining NBAA, he served for six years as the FAA’s associate administrator for air traffic services, and in that capacity, he was pivotal to our nation’s response to the attacks on 9/11.

Before that, he served as president of the National Aeronautic Association (NAA) and senior vice president, government affairs for the Aircraft Owners and Pilots Association (AOPA).

He was a member of the faculty at Texas A&M University, where he taught several aviation-related courses.

Brown also served as chairman of the board of directors of RTCA, a not-for-profit aviation standards organization.

Additionally, he served on the Aviation Accreditation Board International, where he previously was chairperson and treasurer.

He also led many subcommittees for the NextGen Advisory Committee.

In 2021, he was named to the TSA Aviation Security Advisory Committee, which is tasked with providing recommendations for improving aviation security.

These scholarships, which total nearly $100,000 annually, are administered by NBAA standing committees and would not be possible without the generous financial support of NBAA member donors.