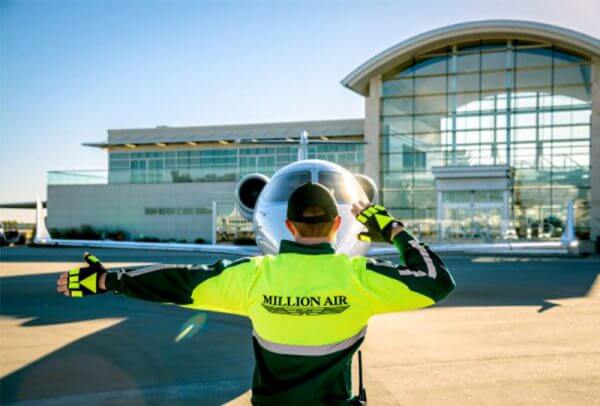 After three-and-a-half years of delays and bad faith by Westchester County, which has refused to allow construction of a replacement hangar at Westchester County Airport in breach of the County’s contractual obligations to Million Air, a prominent provider of private aircraft services, Million Air was left with no choice but to file a lawsuit today in federal court seeking more than $30 million in damages.

It requests an “expedited declaration” that the County breached its lease with Million Air by “unreasonably failing” to approve Million Air’s proposed modifications to a second hangar adjacent to its current hangar and passenger services terminal.

The Complaint further asks the Court to approve the plans for the modified hangar and award more than $30 million in damages caused by the County’s ongoing breach of contract and bad faith and unfair conduct toward Million Air.

“It’s unfortunate that the benefits of the second hangar are not being realized,” said Yankwitt.

“Not only would it create additional jobs, improve the airport, and increase County and municipal revenues, but it also would reduce the number of “unnecessary” flights by more than 1,000, by eliminating ferry flights – flying empty planes to their home bases.

“Eliminating these “double” flights reduces both noise and carbon emissions, which only helps Westchester.”

Instead, the delay is causing approximately $175,000 in damages each week the County fails to comply with its obligations under the lease.

“The County’s failure to approve the modified hangar is causing millions of dollars in damage to Million Air,” Yankwitt said.

“Thus far with the delay, the company has forfeited millions of dollars in lost revenue, and other unnecessary costs.

“The County’s actions have breached the terms of Million Air’s lease as well as the obligation of good faith and fair dealing required between parties to a contract.

“For these reasons, Million Air has no choice but to seek the Court’s intervention to enforce its rights to build the second hangar and to be compensated for the damage caused by the County’s contractual breaches and bad faith conduct.”