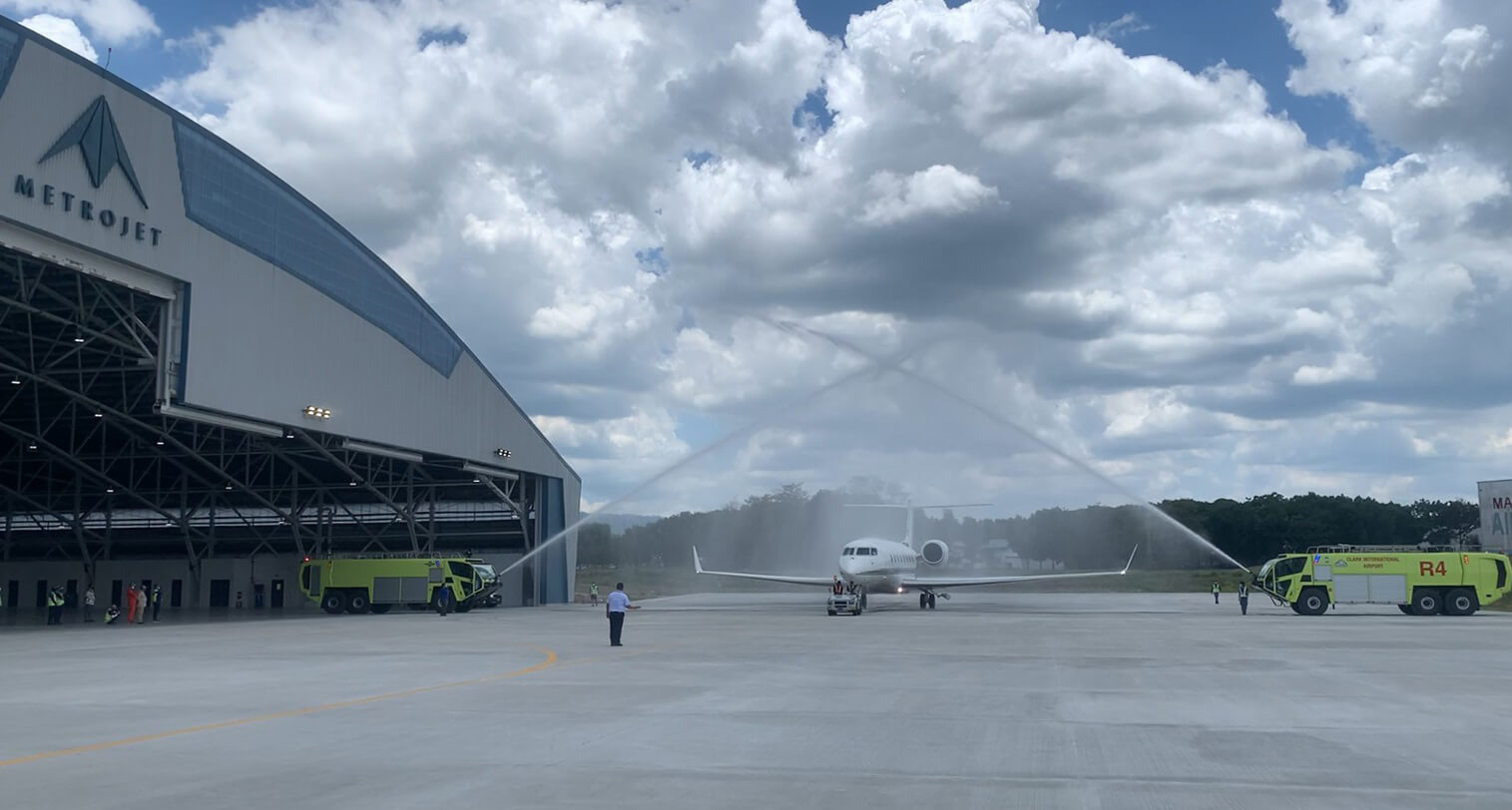 Metrojet Engineering Clark (MEC), the Philippines based Maintenance, Repair and Overhaul station of Hong Kong-based Metrojet Limited, has announced the official “soft” opening of Metrojet’s largest single investment in nearly a quarter of a century, a state-of-the-art aircraft parking and maintenance facility.

To mark the occasion, MEC welcomed the first aircraft into the new hangar, a Gulfstream G650, with a ceremonial “Water Salute”.