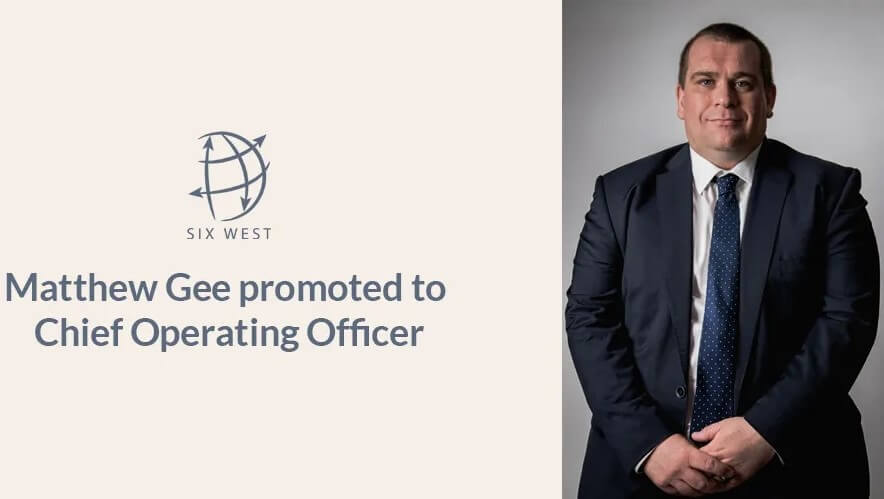 Six West, a world-leading provider of flight operations services to aircraft lessors, airlines and private aviation has announced that effective from 6 January 2020, Matthew Gee has been promoted to the position of Chief Operating Officer.

Matthew joined Six West in 2017 as Director of Flight Operations and his expertise has been instrumental to the growth and success of the company’s Dublin-based flight operations department.

In his new role as COO, Matthew will continue to oversee the flight operations function, however, going forward he will assume company-wide operational and leadership responsibilities. He will also be a pivotal figure in driving the adoption of Six West’s industry-first AOC solution, which facilitates the secure deployment of aircraft into emerging markets around the globe.

Referring to his promotion, Matthew states, “I am excited to take on the role of COO and to expand Six West’s reputation as a trusted partner to aircraft lessors and airlines. Apart from assisting them with their daily flight operations requirements, the company has addressed the strategic issue regarding the secure deployment of aircraft on a truly global basis and I look forward to discussing Six West’s solution with industry players”.

“Matthew’s career in aviation spans over two decades. This, combined with the success his directorship has brought to the company’s flight operations department, made him a natural choice for the COO position. I am confident that under his leadership, Six West will continue to address the aircraft leasing and aviation industries’ need for safe and innovative solutions”, comments Six West co-founder Jason Williamson.