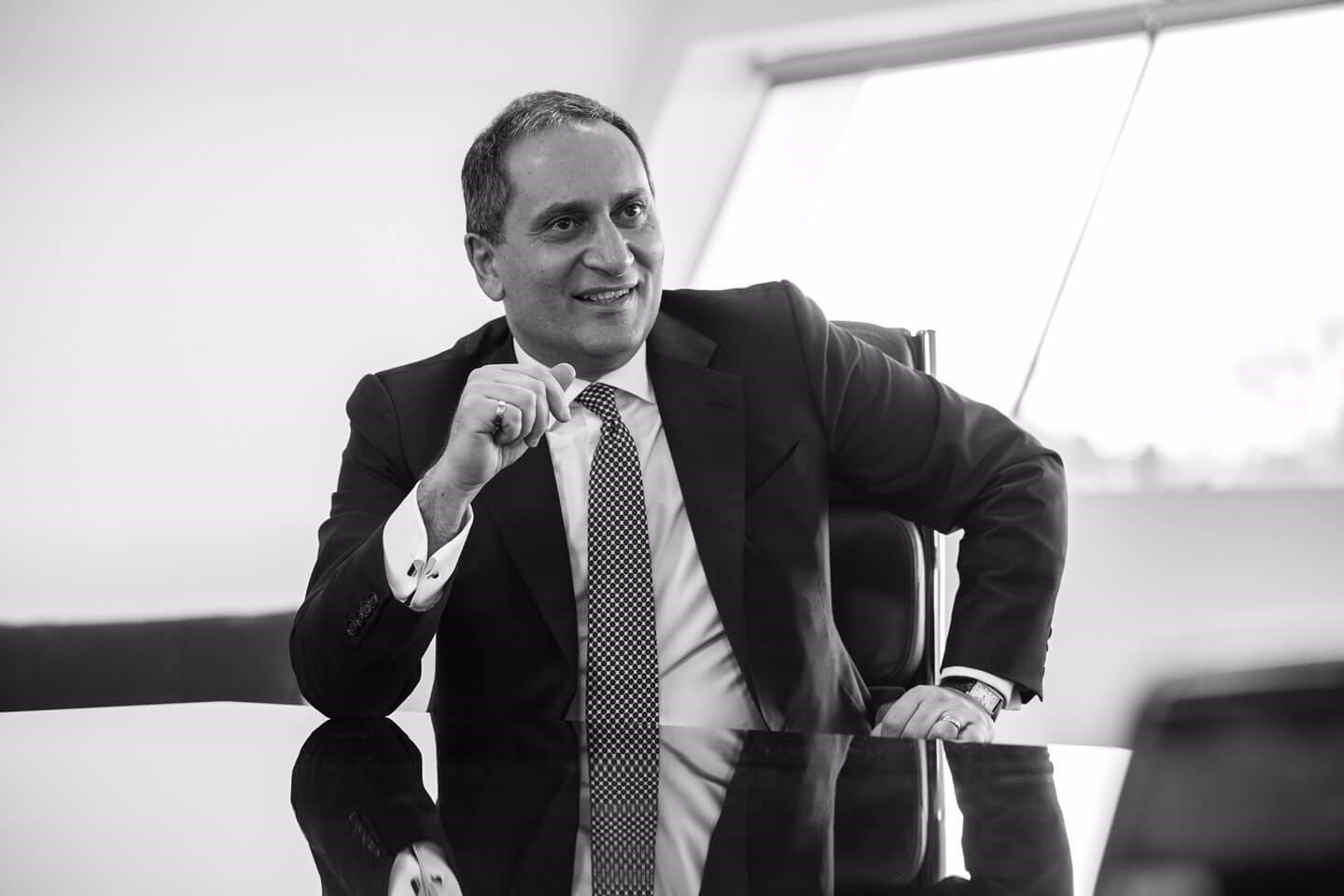 Marwan Khalek, co-founder of Gama Aviation, entrepreneur and prolific crusader of on demand aviation is this year’s recipient of the British Business Aviation Association’s prestigious Michael Wheatley Award for Outstanding Services to the general aviation industry.

BBGA Deputy Chair Alex Durand presented him with the accolade at the Association’s annual conference and AGM on 10 March at Luton Hoo.

Marwan is a respected, successful entrepreneur with a proven track record over nearly four decades.

BBGA Chair Aoife O’Sullivan praised Marwan for his exemplary leadership, not just at Gama, but to the wider industry.  “Our Association has benefited greatly from Marwan’s knowledge and expertise over many years, for which we are very grateful.

“On a personal basis, I have enjoyed his infuriating ability to put lawyers in their place, fight a contract like a QC on a mission and yet always remain a friendly face, always respectful and engaging”.

Marwan graduated as an engineer and originally worked in the furniture trade.

During his studies he learned to fly and gained a PPL on the Isle of Wight, swiftly identifying an opportunity to merge his business and aeronautical skills.

Marwan has passionately called for industry to get on the front foot to promote the value of business aviation as enabler.  “We want to see more people in our church,” he would regularly rally during his eight years as Chair of BBGA.

Marwan has also held several positions within the European Business Aviation Association (EBAA) and remains a committed Board member today,  He is also an Honorary member of the Royal Aeronautical Society.

Marwan’s business partner Steve Wright commented:   “For as long as I have known him, Marwan has been committed to the aviation industry and to the company he started.

“This accolade is especially rewarding as Michael Wheatley was a friend to us both.

“Together we created a successful formula.

“Marwan forged strong business relationships, allowing me to concentrate on the flying.

“When we met in the beginning of the 80s, Marwan was already a private pilot and upgraded to a Commercial Pilot at Oxford Airport.

“This enabled him to understand customer requirements and help us develop an exemplary service for our customers.

“We have had a few challenges over the years – economic recessions; 9/11, the pandemic to name just a few, yet Marwan’s passion and positive attitude is an example to us all.

“We have been enjoying aviation together for the last 40 plus years.

‘It would be great to be granted permission for a 50-year fly past over the Tower of London!.”

“He has been an active EBAA Board of Governors member since 2011.

“I have always cherished and appreciated Marwan’s opinions and feedback.

“He is very focused and demanding, but also always been very supportive of the industry in general – especially to EBAA and BBGA”.

“I am delighted that Marwan’s exceptional contribution to our  industry is being properly recognised with this prestigious award,” Brian Humphries, Senior Advisor, Signature Flight Support and former EBAA Chair/ President.

“For more than 20 years he has worked  passionately in the best interests of all our members.

“First as Chairman and then as President of EBAA, I found his support, leadership and commitment invaluable. Many congratulations.”

Marwan has been an integral part of the growth of business aviation in the UK,” Neil Harvey, Director – Executive Aviation, Hunt and Palmer.

“I had the privilege to first work with him when I chartered Gama Aviation’s then one aircraft – Beech Baron G-GAMA – from Fairoaks Airport – and then its first King Air 200.

“Steering what is now the Gama Aviation Group from these formative beginnings into the global business it is today has been a truly remarkable achievement.

“Many of us enjoy Marwan’s company and friendship.

“This Award is deserved recognition of an unwavering commitment to business aviation, far beyond the interests of Gama Aviation – for 40 years.”