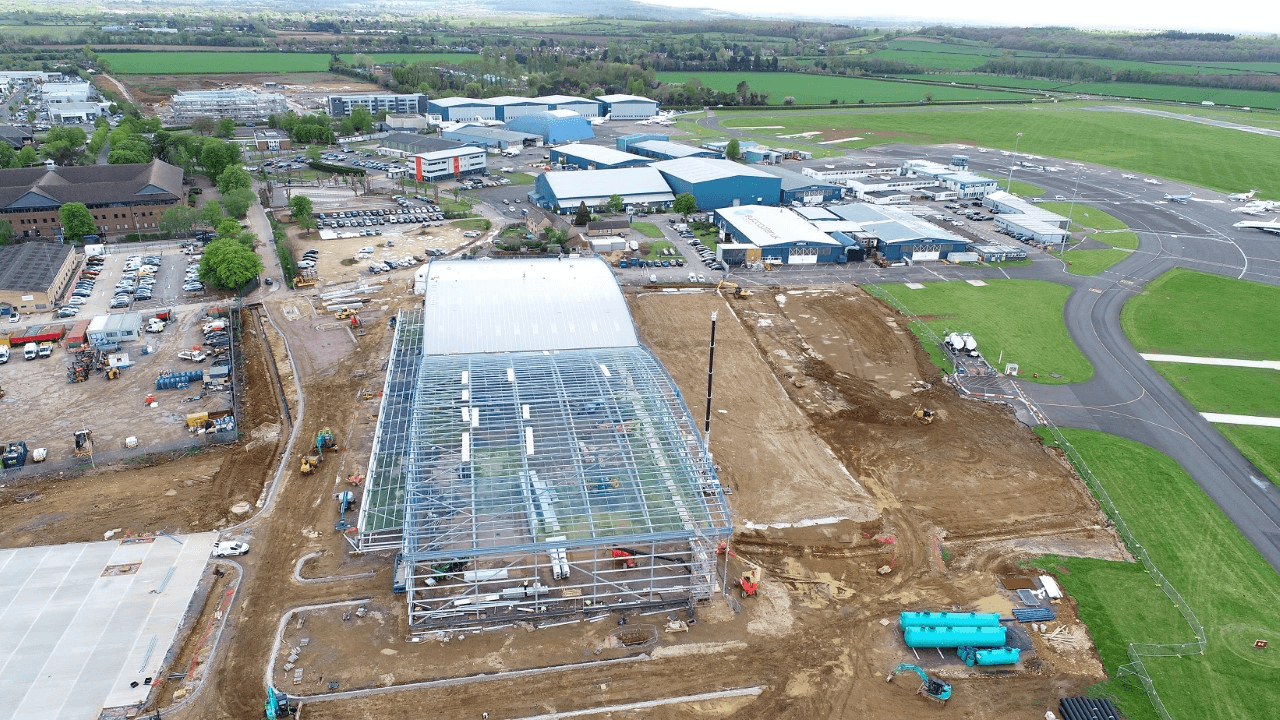 The new hangar will also be the airport’s 15th and the first facility to the north of the original site.

Additional infrastructure has included the feeding-in of significantly more power onto the site and the project has been overseen by managing director Will Curtis.

A large area of new aircraft parking apron has been created but also seven new ICAO/EASA/CAA-compliant helipads supporting Airbus Helicopters and the growing number of commercial AOC helicopter businesses at the airport like MyHeli.

London Oxford Airport will also commence work on a new fire station to be established in a central position on the airport.

This will allow for fulfilling the need for the highest fire categories at all times having also just ordered three new Angloco Scania 26 tonne fire tenders.

The new fuel farm will quadruple the capacity of the original facility as well as provide storage for SAF.

Curtis said: “In a new post-pandemic economic environment, it’s critical that the UK ramps-up its capabilities and capacity to provide growth and further employment, especially in high value, high-skilled and knowledge-based industrial sectors.

“Aerospace and aviation are set to rebound and business aviation is leading the charge, so timing is crucial.

“Now we have put in the infrastructure for growth, we can build further facilities with relative ease and speed and further bolster employment opportunities – adding to the near on 1,000 employees based on site.”