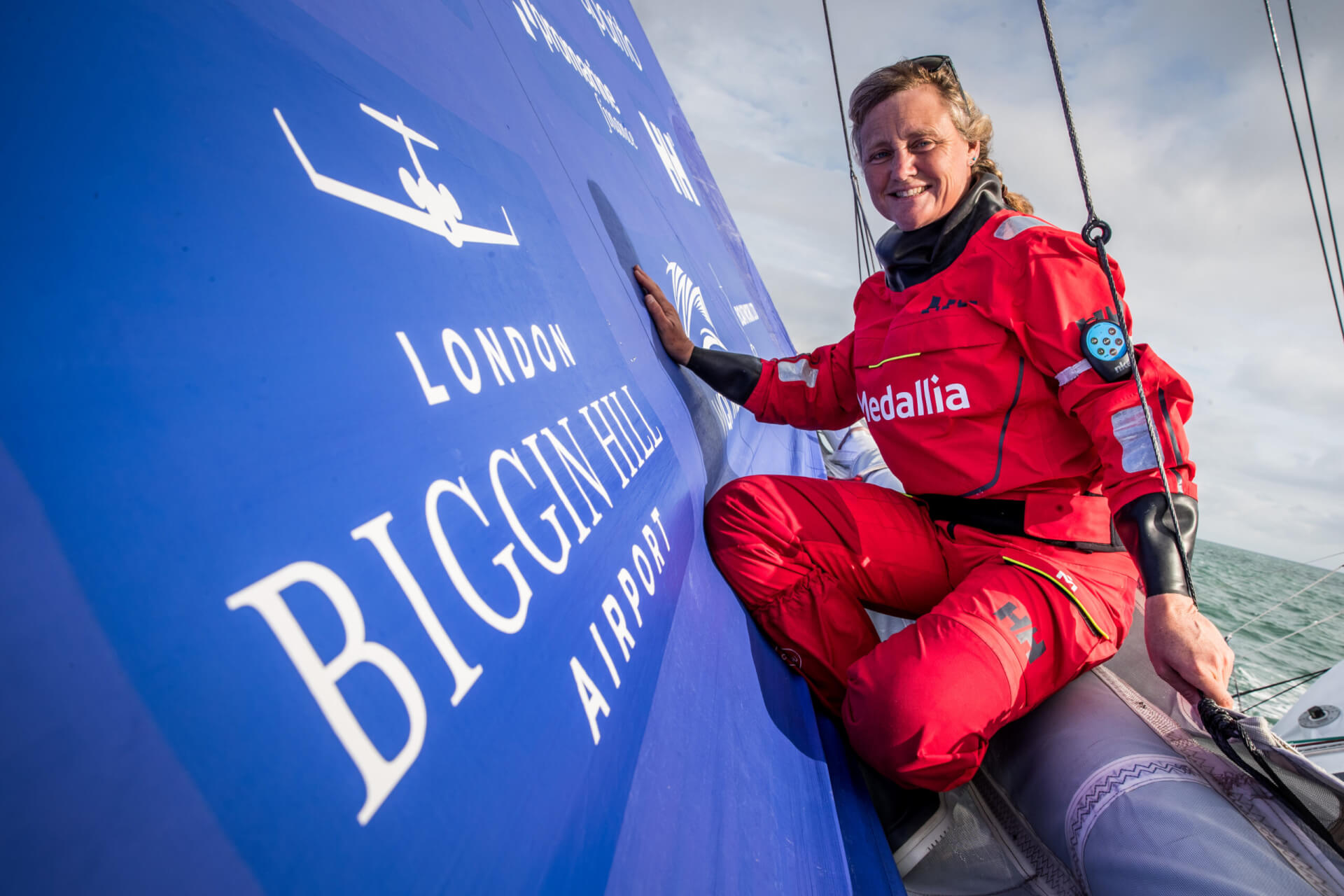 London Biggin Hill Airport is sponsoring world-renowned ocean yacht racer, Pip Hare, as she attempts to become the fastest women to race single-handed around the world.

Having achieved two world first endurance records and multiple international yacht races, British sailing athlete Pip Hare is now competing in the most prominent open water sailing event on the planet: The  Vendee Globe, a 24,000-mile solo race circumnavigating the world. Hare will strive to break the record for the fastest female finisher of the Vendee Globe, completed by only five other women in history.