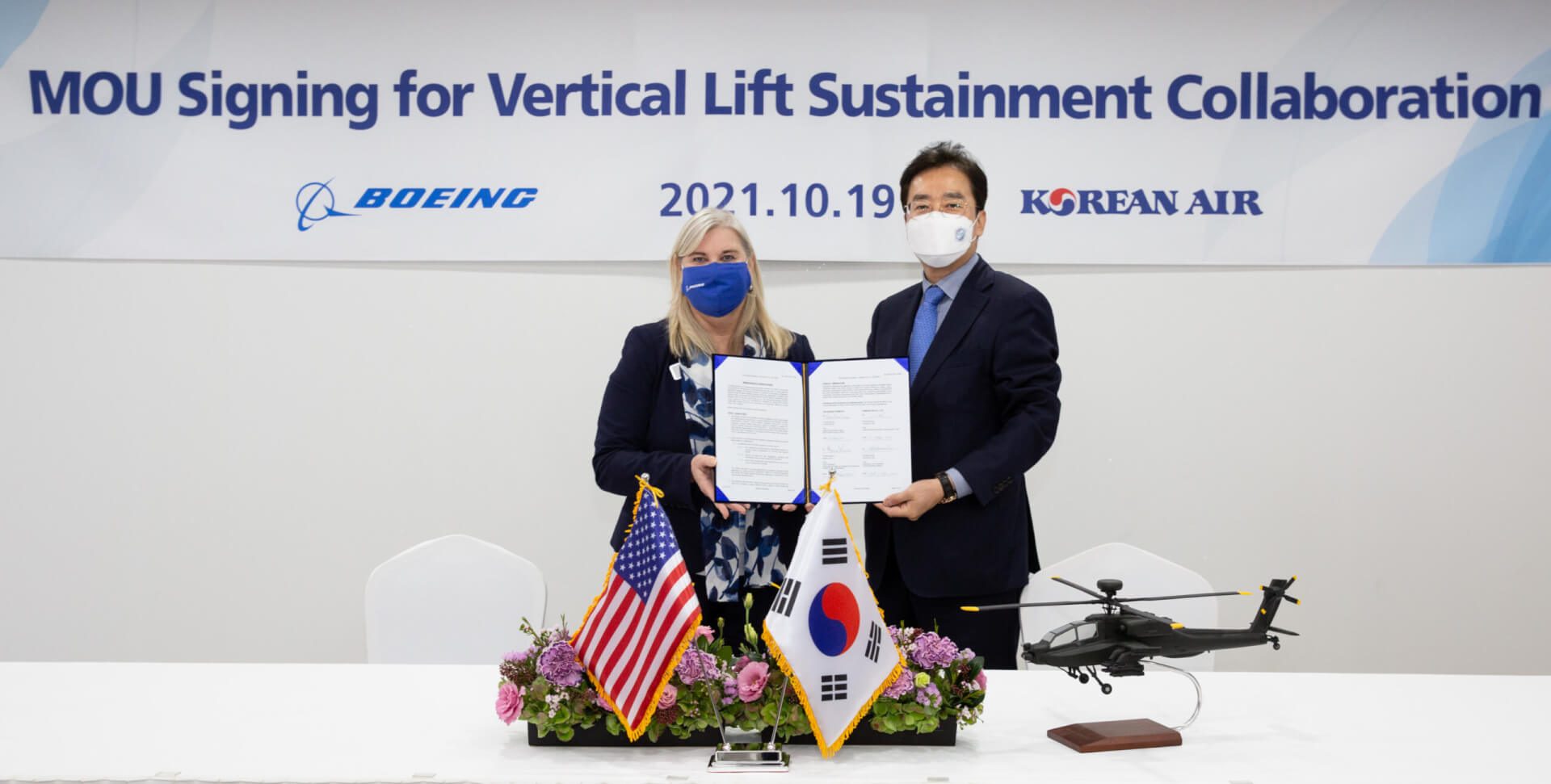 Korean Air has signed a memorandum of understanding (MOU) with Boeing regarding a technical cooperation to enhance maintenance capabilities for the Republic of Korea military’s vertical lift aircraft.

Through the agreement, Korean Air and Boeing will cooperate in the maintenance, repair & overhaul (MRO) business with the main goal of upgrading domestic maintenance capabilities of rotary-wing aircraft, especially of the Apache Guardian and Chinook helicopters.

Maria Lane, Vice President of International Sales at Boeing, also emphasized: “Considering today’s security environment, not only is the introduction of the aircraft important, but also, stable management and efficient operation technologies are critical.”