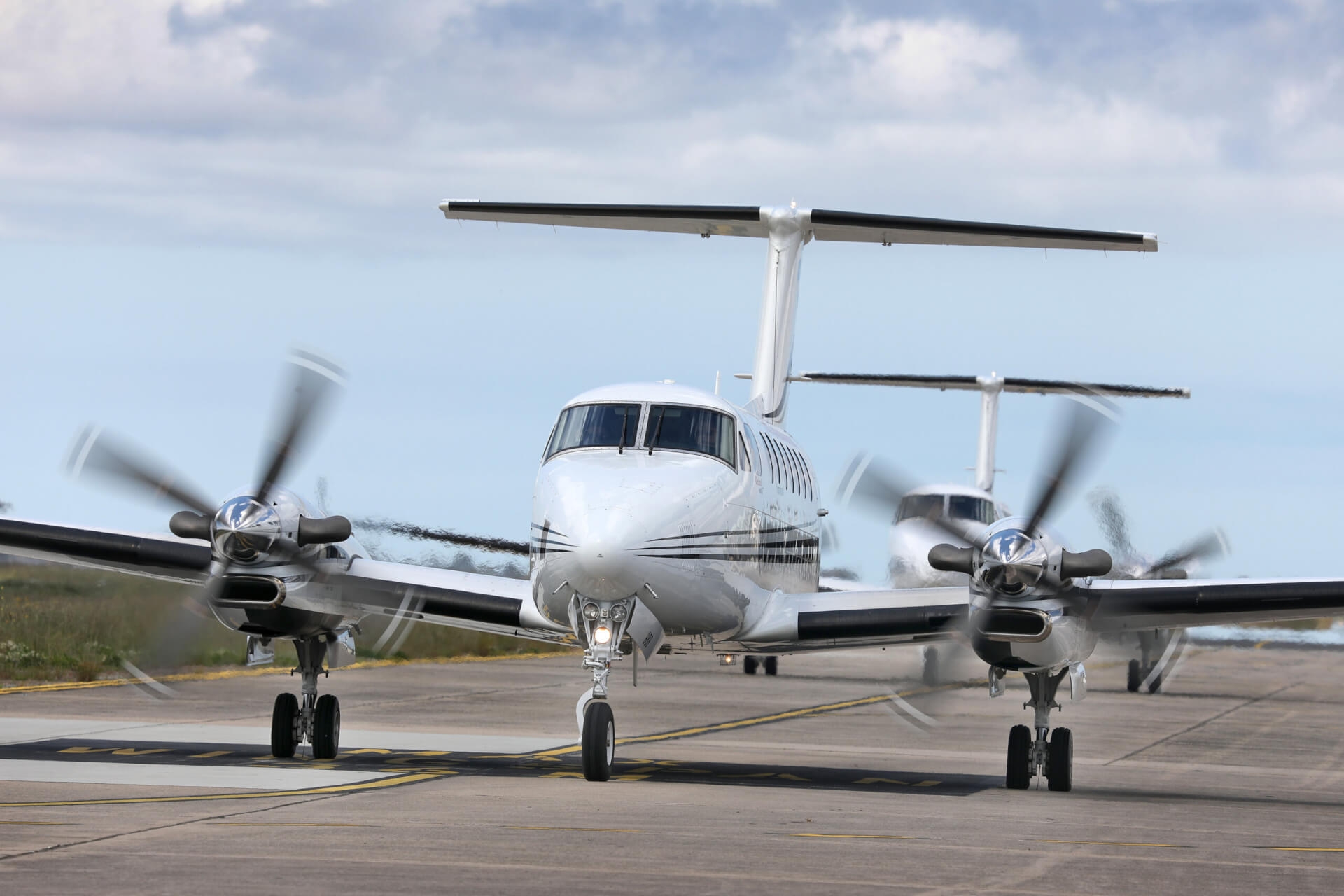 Jet Aviation today hosted a ceremony in Canberra to celebrate two decades of collaboration on the RAAF King Air 350.

Jet Aviation has supplied and supported the aircraft type out of its facility in East Sale, Australia, since 2002.

The initial contract was for the lease and full turn-key support of eight modified King Air 350 aircraft at RAAF Base East Sale for a ten-year term.

In 2012 the partnership was extended for an additional ten years and expanded to include support for over 110,000 flying hours, airborne training, light transport, and Army support roles. Today Jet Aviation East Sale supports a fleet of 11 aircraft operated by Number 32 Squadron.

“The King Air 350 Program is an exemplar in demonstrating the unique opportunities that can be available through the development of commercial aircraft and support systems to support Defence outcomes,” said Craig Purry, vice president Jet Aviation Defence APAC.

“We are incredibly proud of the King Air 350 program. From the very beginning, the capability has proven to be safe, reliable, flexible, and effective for the Australian Defence Force. The strength of the capability has always been its people and the relationships between industry and Defence.

“I am particularly proud of our employees, those who were with us at the beginning as Hawker Pacific, and those who continue with us today as Jet Aviation.

“All have contributed to the capability over the past 20 years, including those that supported the Army Fixed Wing Capability at the Army Aviation Center in Oakey between 2005 and 2009, and the Townsville team that supported Number 38 Squadron between 2009 and 2018.”

Commodore Darren Rae, Director General, Navy Aviation, Aircrew Training and Commons Branch, from CASG Rotary, Aerospace and Surveillance Systems Division added, “the King Air 350 capability has proven itself to be a mainstay of ADF capability for many years.

“It has adapted successfully to new roles, changing regulations and contracting models.

“The collegiate and outcome focused approach of industry and Defence personnel involved is a great example of how Defence capability should be delivered.

“I congratulate all involved in reaching this milestone.”

“The King Air has provided humanitarian support across the region and is a regular visitor to the wider Asia Pacific, providing fast and reliable light transport capabilities. Well done to all past and current personnel involved.”

The ceremony was attended by current and past senior stakeholders, including representatives from the RAAF, Army and CASG.

A larger celebration with employees and stakeholders will take place later in the year at East Sale, in the state of Victoria.