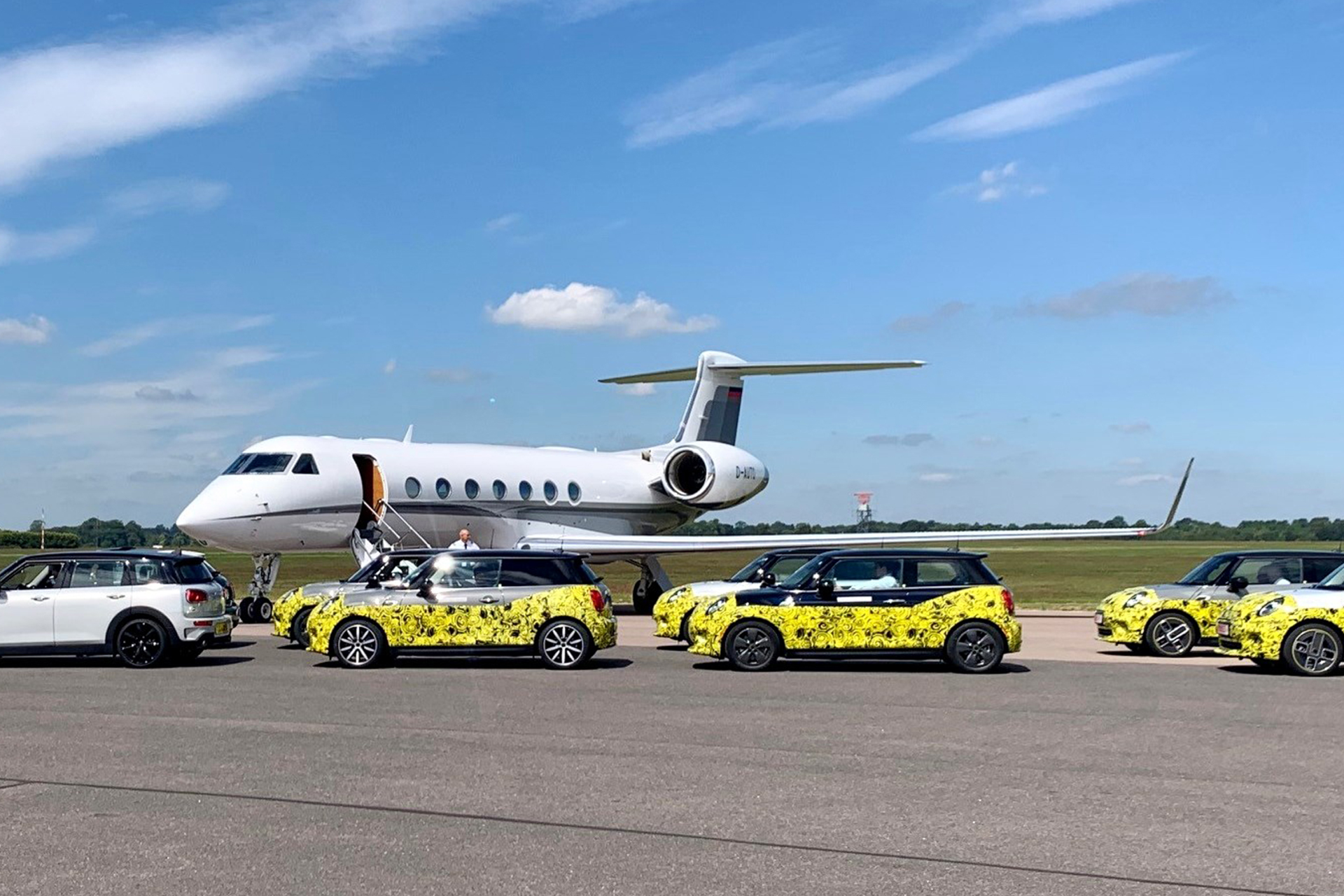 James Dillon-Godfray, Head of Business Development at London Oxford Airport, says the airfield is managing better than some through the pandemic, thanks to a strong summer and business diversity

Speaking during the afternoon of 3 November, before the UK entered its second period of national lockdown on the 5th, James Dillon-Godfray, Head of Business Development at London Oxford Airport, was surprisingly upbeat but understandably also a little downhearted, while applying a due sense of laissez-faire to the coming weeks.

London Oxford is perhaps a classic general aviation airfield, with an FBO and strong private aviation presence, plus flying schools, a thriving light aircraft community and ad hoc freight business. It is also home to helicopter and fixed-wing charter operators, the headquarters of Airbus Helicopters UK, Up & Away and hullo Aircrew, among others, and a mixed MRO capability. The latter now includes Tamarack, featured elsewhere in this edition, and its newly opened European Transformation Centre. With non-aviation businesses also on site, this diversity is helping the airport through difficult times.

The airport also provides an interesting take on business aviation traffic in the London area and Dillon-Godfray is typically matter-of-fact about its activity. With government clarification generally creeping like an unwilling schoolboy sometime after its rule making, little detail on the latest lockdown travel restrictions was available on 3 November, but with work travel unaffected so long as it was along permitted safe corridors, Dillon-Godfray was hoping to see flight numbers remain stable.

“It’s really too early to say, but flight bookings are still coming in. I expect it to be like last time though, with the volume of traffic impacted. I anticipate a steady flow of flights, but people are restricted by the very limited number of travel corridors, because with the vast majority of destinations there’s still the requirement to go into quarantine when you come back.”

As part of its reaction to coronavirus, London Oxford offers COVID-19 testing, turning samples around quickly via a company in nearby Oxford. “It’s an option we like to offer,” Dillon-Godfray says, “although the government doesn’t accept it in mitigation of the standard 14-day quarantine rules. But it provides comfort to people that they aren’t carriers. We need a day’s notice of someone requiring a test and the results are available within 12 hours, or even faster if it’s an early morning test.”

F1 reflection
COVID-19 testing has been particularly popular with Formula 1 teams, of which a number, including Renault, Mercedes and Williams, are local. Indeed, after a late start to the 2020 season, regular F1 traffic has helped bolster London Oxford’s passenger figures, with one team regularly socially distancing around 60 team members on an Embraer 195 airliner. It may not use a private jet, but the operation shows exactly what it is that business aviation can do that commercial aviation cannot. Dillon-Godfray notes that team principals and drivers have also used the airport more regularly than usual.

Where the senior personalities in a team might normally use a mix of private and commercial aviation during a season, this year they’ve generally abandoned the commercial option. It’s a trend that’s also emerging among C-suite executives, where companies are preferring to fly them privately, even if less often, than risk commercial travel.

London Oxford’s summer statistics go some way to proving the point. “Along with Biggin Hill, we’ve seen an increase in business aviation numbers compared to 2019 from the end of July right up until the beginning of November, although I’m sure lockdown will screw that up!” Dillon-Godfray says. “August was our best month, up 27% over 2019 and although it’s declined since, we ended October still around 10% up on last year. Remarkably, in August, we sold our largest monthly volume of fuel ever.

“Anecdotally, we’ve seen lots of new faces using business aircraft seemingly for the first time, usually chartering smaller jets and flying in groups. Passengers are escorted in cars directly to the aircraft, with no reason for them to come through the terminal. The crew wear masks and generally have no physical contact with their passengers. It’s pretty much the same at the destination, with cars at the aircraft door and contact with other people kept to a bare minimum.

Contrasting August’s dramatic results with the uncertainty of November made for what Dillon-Godfray describes as a ‘nightmare’. So how does the airport plan ahead? “It’s impossible, although our staffing levels are the same regardless. We run a lean team and bring in more people on overtime when it gets busy, while lots of us in the back office can put on our high viz for a bit of baggage handling or driving as required. The peaks and troughs of our business are crazy regardless of lockdown, with no predictability on what’s going to happen in two days’ time, but now it’s worse. It’s Tuesday today and I have no idea what’s going to happen on Thursday.”

Whatever does happen, London Oxford’s future is focussed on business aviation, with its pilot training and helicopter activity remaining as a vital cornerstone. Predicting a bright post-COVID future for private aviation and the airport, James Dillon-Godfray is looking ahead with cautious optimism.