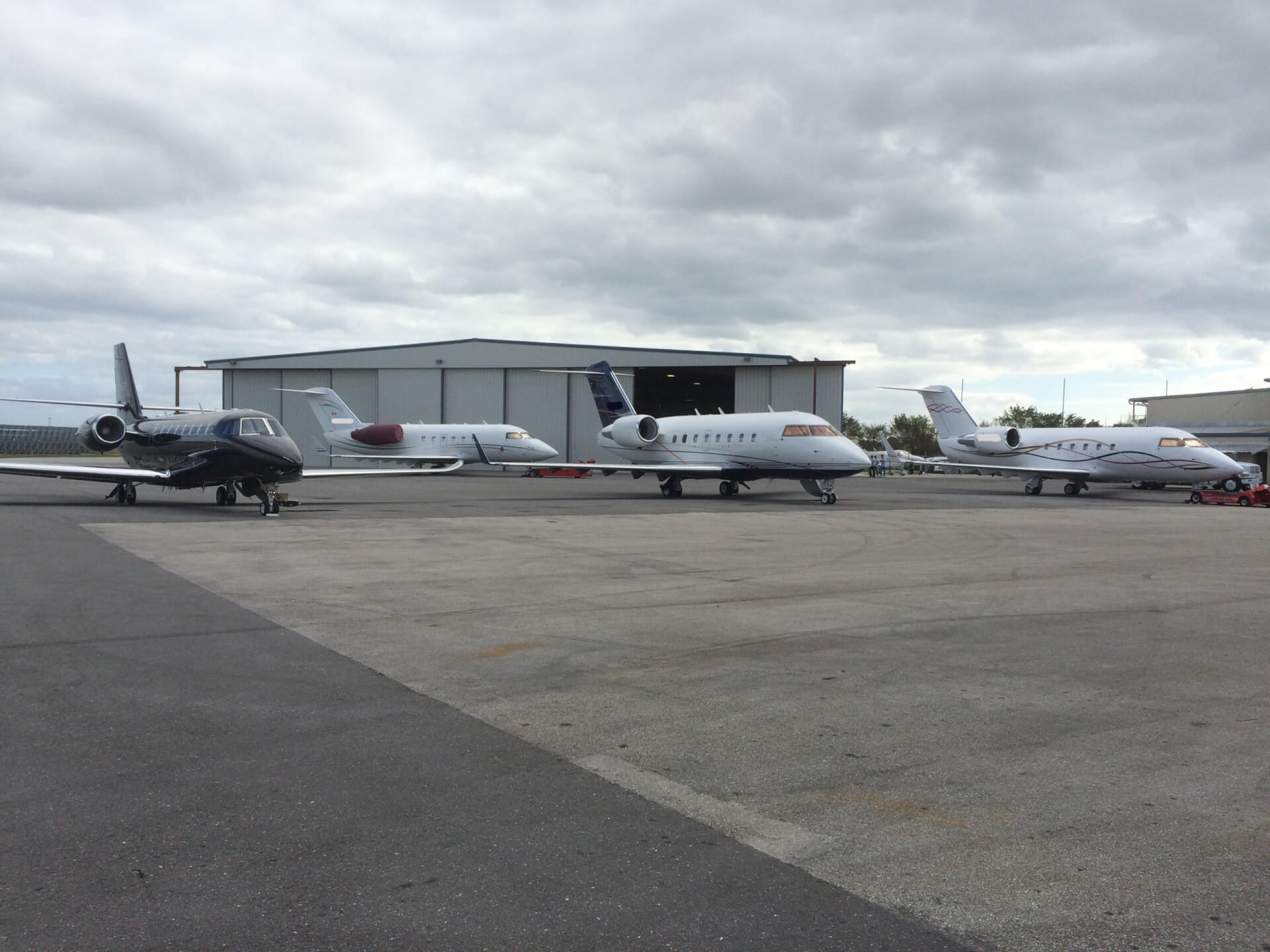 Chief Financial Officer Lynda Zur and her husband built the Sano Jet Center at Fort Lauderdale Executive Airport (FXE) in 2003. Over 17 years of continuous operation, the FBO gained a reputation for competitive pricing and exceptional service, laying the sound foundation upon which Zur and new CEO, Marshall Myles, are expanding the facility as the Fort Lauderdale Executive Jet Center.

Zur managed the Sano Jet Center throughout its history and is now overseeing an impressive construction plan that began in November 2019 when ground was broken on a sixth, 20,000sqft, hangar. Scheduled for completion this year, it will increase the full-service FBO’s hangarage to 120,000sqft, including a paint shop, maintenance facility and two hangars dedicated to transient storage. In addition, lobby renovations were undertaken ready for February’s NFL Super Bowl in Miami.

Events, sporting and otherwise, are a particular draw for business aviation users visiting the region and, beyond the 2 February Super Bowl, Zur says: “We are very excited to have Inter Miami CF’s Major League Soccer Stadium opening in March [under David Beckham’s ownership group]. The facility is immediately adjacent to our campus and we look forward to welcoming the Beckham Group.

“Meanwhile, Fort Lauderdale is home to one of the largest boat shows in the world and we have many major sports franchises here in South Florida, among them the Miami Dolphins NFL and Miami Heat NBL teams, and Florida Panthers ice hockey.”

In a next phase of expansion, due for completion in 2021, the Fort Lauderdale Executive Jet Center is developing a further 4.5 acres with a new hangar and additional ramp space. Explaining the timing for the company’s investment, Marshall Myles, who spent more than a decade at Skyservice Business Aviation in Canada before joining Zur, says: “We’ve just re-signed a 30-year lease, and we’re making a major investment in expansion. We both see a ton of opportunity to grow the FBO.” Zur continued: “We have the opportunity to expand and grow our footprint by 100%. We are doubling our size at one of the top five general aviation airports in North America.”

Myles notes that Florida is among the top ten US states for business aircraft registrations. Its air traffic is particularly substantial during the winter months, with roughly half of all registered aircraft in the country based in the state. Combine this with Florida’s long-term commitment to the aerospace industry, and it is an obvious hub for business aviation.

It’s a fact Zur knows well. “I was here before the FBO was built and I’ve been actively working on a daily basis to grow the business with a strong, loyal clientele and management team. Marshall has 20 years’ experience in the industry, growing and developing Skyservice. Our roles here are quite different, with Marshall working on new business development and growth, while I oversee the day-to-day operations and financial aspects of the business. I have embraced the change in business practices by partnering with Marshall so we can grow and develop the business together.”

Given the Sano Jet Center’s enviable reputation, regular customers may wonder what to expect from the Fort Lauderdale Executive Jet Center. Zur is clear: “We are building on our 17 years of high quality customer service and safety standards. We’ve partnered with a new fuel supplier, Phillips 66, which has a stellar reputation for customer service and support. We are now part of the Phillips 66 Aviation Into-Plane Contract Fuel and WingsPoints Rewards programmes, offering more value to our customers. Our team is excited to participate in the changes and growth, which has generated renewed excitement in the business and enhanced customer service.”

New hangars are a major element in that growth and Zur explains: “Weather is always a factor in Florida and space to keep aircraft inside is something more and more people are looking for. Our hangars are all up to the newest Miami-Dade codes [of ordinance], which gives our customers piece of mind. In addition, we are planning to have hangar space available not only for our based tenants but transient aircraft, which has always been a problem in the south Florida market. We can accommodate anything from a Cessna 152 up to a Global 7500.”

Alongside hangarage and an executive terminal, the Fort Lauderdale Executive Jet Center is home to a number of tenants and service providers. Among them, Zur says she is excited to have GAMA Aviation as part of the campus. “They provide a number of services at our location, including paint, interior work and complete maintenance capabilities. We also have International Avionics, which has been part of our team since 2004. Then we have Trinity Air Ambulance, a long-term tenant since 2003. Lastly, we have multiple Part 135 operators, providing local and international charter services.”

Fort Lauderdale Executive Jet Center is initially expanding to 10 acres, but will ultimately occupy 20 acres at Fort Lauderdale Executive Airport. It’s an ambitious expansion plan to which Zur and Myles are enthusiastically committed. Explaining her unwavering dedication, Zur says: “I really do love aviation and we are in a unique situation at FXE – as a boutique operator, our personal touch makes us different.”