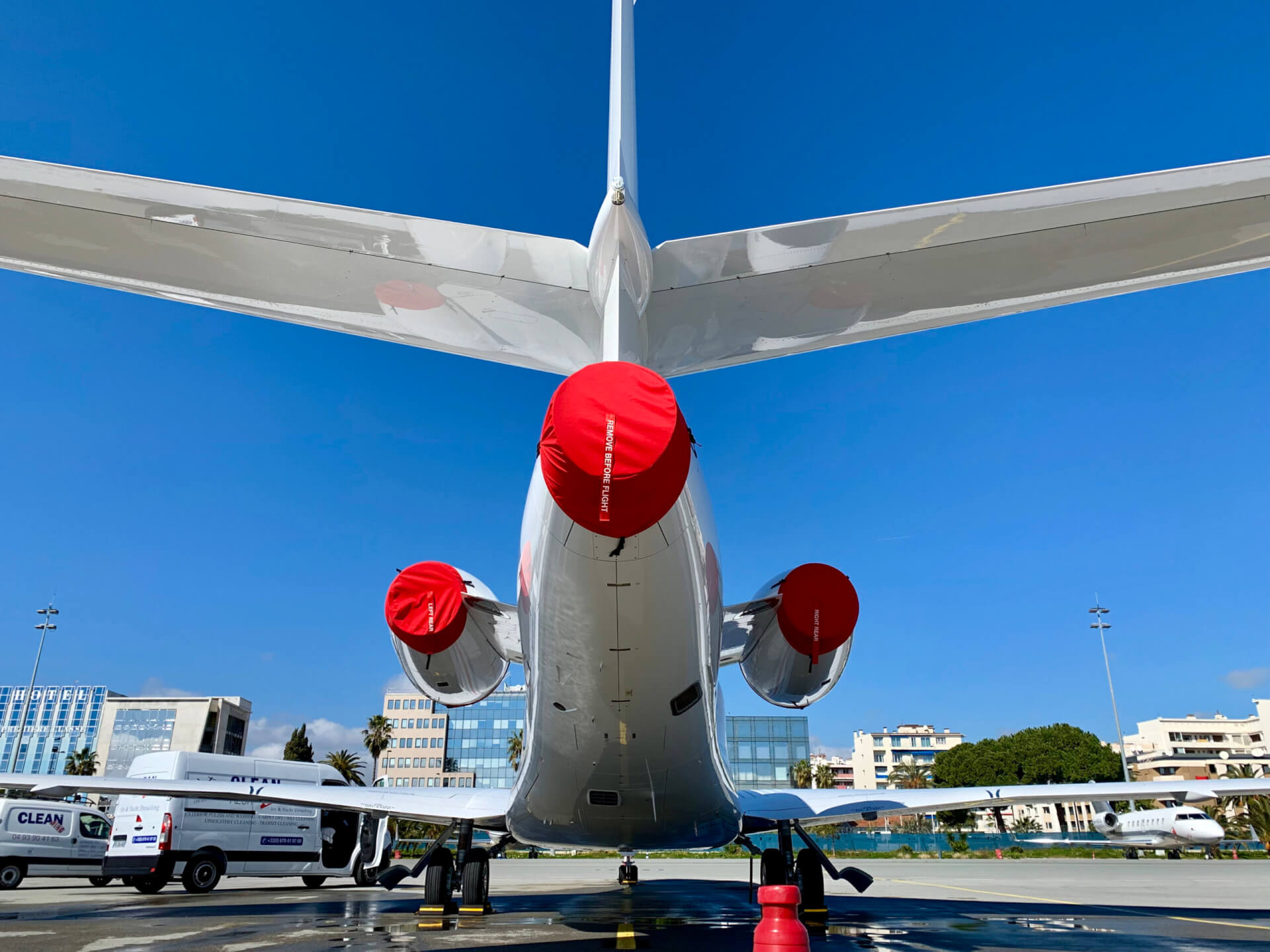 With its focus on the airports at Cannes and Nice, Clean Jet Azur has boosted its trusted business with a new disinfection product. Commercial and Technical Director Bruno Philippon explains

Aircraft cleaning is among those important services at one time easily taken for granted, but now assuming a critical role in passenger and crew safety. Based at Aéroport Cannes Mandelieu, Clean Jet Azur offers a suite of cleaning options covering the interior and exterior of a multitude of business and VIP aircraft types.

Bruno Philippon, the company’s Commercial and Technical Director, says it began trading in its current form during 2010, after an earlier institution of the same name was purchased and completely re-equipped. Clean Jet Azur was reborn that February and Philippon says it expanded rapidly to claim a large proportion of the business at Cannes and Aéroport Nice Côte d’Azur.

Paying careful regard to its environmental responsibilities, Clean Jet Azur operates a fleet of specialised, optimised vehicles for maximum efficiency. The application of vehicle-based machinery to the outside of an aircraft is easily envisaged, but the company also boasts a fully-equipped carpet cleaning vehicle. “Cleaning with various detergents, the system doesn’t require us to place equipment inside the aircraft. We have a variety of products for removing different stains and all our detergents are certified for aircraft use too,” Philippon notes.

Beyond dry cleaning or shampooing carpets, Clean Jet Azur’s offering includes what Philippon describes as ‘standard cleaning’, covering all cabin surfaces and the galley, leather upholstery and cabin disinfection, plus other services in response to client requests. Now more than ever, disinfection is vital and Clean Jet Azur has plenty of experience in the field, having been disinfecting cabins against the Zika virus since 2016. In addition, Philippon says: “In February 2020 we moved to a new aircraft-approved disinfectant product that kills 99.99% of the most harmful bacteria, fungi, mycobacteria and viruses.”

Clean on the Outside
Exterior cleaning includes rinsing with purified water. Again, a special vehicle is used, equipped with six large filters enabling it to produce its own clean-water supply. Philippon says Clean Jet Azur treats all types of private jet and helicopter, inside and out, but the largest aircraft it regularly sees are the Global 5000/6000 and Gulfstream G650. “The biggest exterior cleans we’ve done are on the ACJ319 and Boeing 737-700.” Its largest interior projects include the A330 and Boeing 747-100, while the smallest was a Citation Mustang.

The fact that customers Clean Jet Azur began working with in 2010 remain regular says much for its work. At the same time, the company is always ready to react to ad hoc requests, with a daily focus on satisfying emerging customer requirements as quickly as possible. But day-to-day operations aren’t quite as simple as just cleaning aircraft, as Philippon explains: “We also maintain our equipment and our remit goes beyond aircraft, since we also take care of hangars and private yachts. And although the focus of our aircraft work is Cannes and Nice, we sometimes travel to other airports in the Côte d’Azur.”

During the first half of April, aircraft movements at Cannes and Nice had almost ceased, but Philippon was able to report that among Clean Jet Azur’s many services, disinfection was particularly popular for the few visiting jets. “We remain ready to respond to customer requests at any time and expect to restart work proper just as soon as we can.”