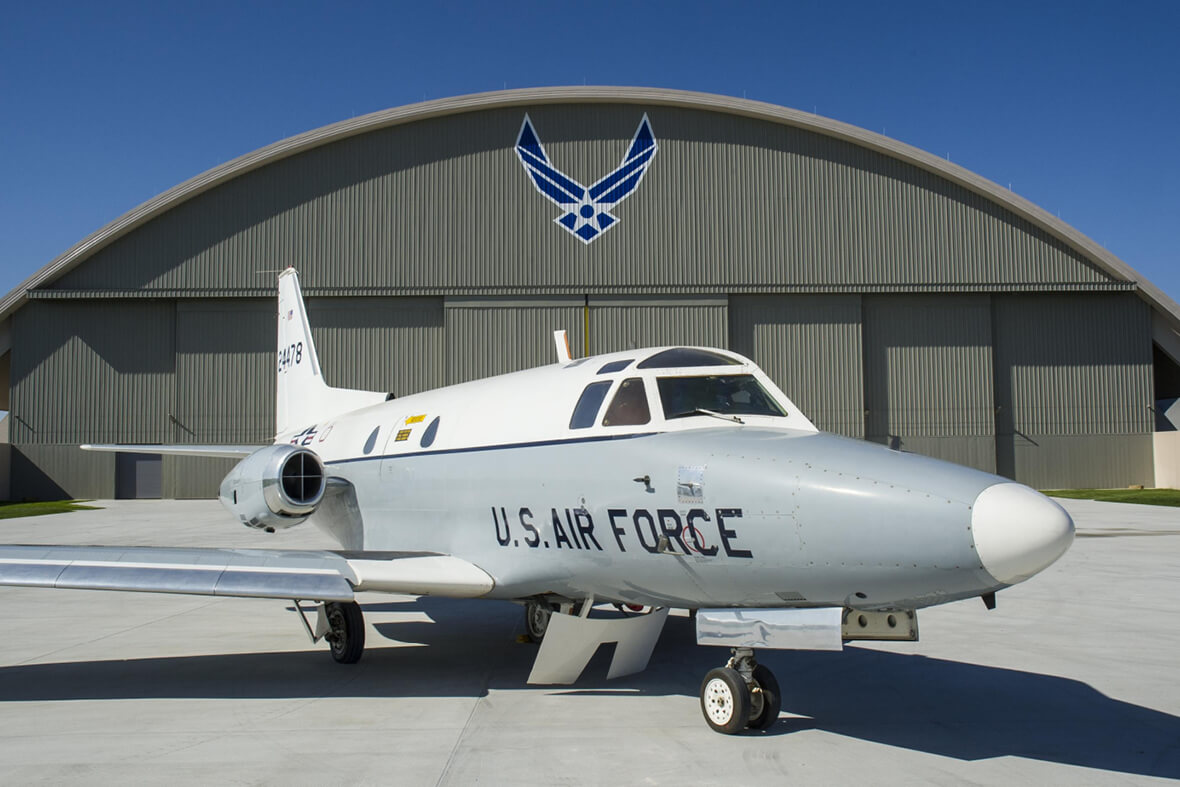 It is not unusual for militaries to adopt business jets, usually as personnel transports for high-ranking commanders, government officials or heads of state, but also dramatically modified for a variety of missions. It is far less common for the story to happen in reverse, as it did with the North American T-39 Sabreliner.
Famous for its P-51 Mustang and post-war F-86 Sabre fighters, the California-based manufacturer was already working on designs for a jet-powered light transport in August 1956, when the US Air Force issued its Utility Trainer Experimental (UTX) requirement.
The prototype flew for the first time on 16 September 1958. It was powered by General Electric J85 turbojets, and its cabin was equipped with seats for six passengers. By first delivery of the T-39A in October 1960, the powerplant had changed to two Pratt & Whitney J60 turbojets. The US Air Force ordered 149 production Sabreliners, including six T-39Bs for radar training. The T-39As initially served in command support – effectively, executive transport – and training roles.
In August 1963, the US Navy became a Sabreliner operator, when the first of 42 T-39D radar trainers were delivered. Realising the aircraft’s transport capabilities, in 1969 the service began acquiring a fleet of seven CT-39E command support jets based on the Sabreliner 40. Later, it bought 12 Sabreliner 60s, as the CT‑39G.
Although the T-39 was certified to commercial standards, North American introduced the first optimised civilian Sabreliner variant in 1963. This Sabreliner 40 seated nine passengers and added a third cabin window on each side. Successive production models included the Sabreliner 60, with Pratt & Whitney JT12 turbojets, five cabin windows per side and ten passenger seats; the Sabreliner 75 and 75A with General Electric CF700 turbofans; and Sabreliner 65, with Garrett (now Honeywell Aerospace) TFE731 turbofans and a new wing design.
My Corporate Jet operates the Sabreliner 65.