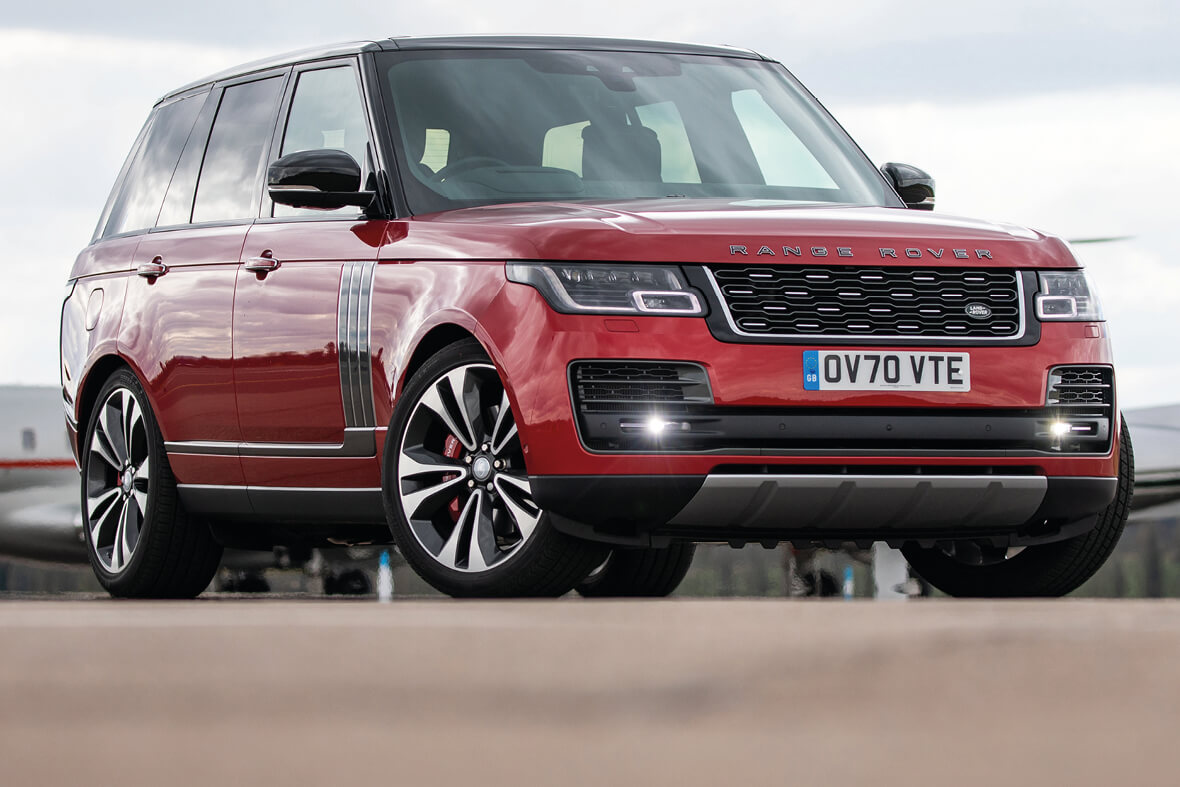 The very first Range Rover rolled off the production line in 1970 and until relatively recently it’s been the proprietor of its own kingdom, with no challengers. Could anyone really have foreseen that by 2020, marques including Lamborghini, Rolls-Royce, Bentley and Aston Martin would be laying claim to the title of the world’s most luxurious SUV, doing their best to dethrone the Range Rover lineage?

Here we are in 2021, coming to the end of the fourth generation of this swanky behemoth, with more than 50,000 units sold since the current chapter began in 2012. Last September, Thierry Bolloré took over the reins from outgoing CEO Sir Ralph Speth and is now spearheading a fresh directive and a cleaner future via a new strategy – Reimagine.

Bolloré aims to create sustainable modern luxury – the new luxury – across the Jaguar Land Rover (JLR) group, with a radical overhaul of the entire manufacturing process, customer journey and ownership experience. In a little future gazing, I wonder if some Land Rover products will become sub-brands of their own.

With new platforms geared for the switch from fossil fuels to electrification coming across both brands, by 2025 Land Rover will have six 100% electric models. It is committing to being fully electric by the end of the decade while Bolloré has targeted 2039 as the year for JLR to be a zero-carbon manufacturer.
Dramatic locations
I’ve been fortunate to drive Land Rover products at various dramatic locations around the globe, including Land Rover’s superb Les Comes 4×4 facility in the Catalonian mountains of Spain, Iceland, Botswana, Zambia and Kemble, in Gloucestershire, UK.

JLR has an ace events team for product launches and for the 2013 launch of the new Range Rover Sport, they organised two off-road sections. One involved driving, nay slithering, up and down mud chutes in a rain-soaked forest, followed by a lengthy wade along a fairly fast-flowing river. The second challenge involved driving up and into a long-retired Boeing 747-200 at Kemble, inside which the team had created a series of asymmetric rails and other mind-focusing features that had to be navigated before a steep ascent from economy to first class.
It was the real deal, with two wheels frequently off the ground and the cars see-sawing as we swung between pivot points. With impressive drops and climbs, we were reliant on the cameras to get us out of our own talent drop-offs.

Land Rover products are phenomenally capable off-road and anyone who’s spent any time in a Range Rover will know how supremely luxurious and comfortable they are on-road. Whether in standard or long-wheelbase form, leg and headroom are plentiful, as is boot and storage space around the cabin.

The SVO inner sanctum, the place where you go to spec your product, is comprised of four areas, the VIP Commissioning Suite, Manufacturing Facility, Paint Facility and Technical Suite. An F1-style installation, the latter is research-lab clean and bright white.

The production line here runs separately from the much larger-scale main production line at Solihull but the main line is where EVA’s Range Rover P565 SV Autobiography Dynamic (SVAD) test car was conceived. Just to be clear, the test car was not a uniquely commissioned Range Rover but one that carried many SVO enhancements over and above the standard vehicle.

Let’s begin with the ‘basics’, comprising 80 lines on the standard specification list. Electronic air suspension provides the comfortable, glide ride that Range Rovers are known for, stability and roll control; plus there’s Trailer Stability Assist, Apple CarPlay and Android Auto, for seemingly no end of connectivity and infotainment. The list goes on.

But since this was the Range Rover SVAD, a whole new page of additions signifies another level in luxury. Quilted, perforated semi-aniline leather abounds and where there is leather, there is padding and lots of it. Deeply comfortable seats offer heating and cold air, along with hot-stone massages. Above your head, a panoramic sunroof glides way back, flooding the cabin with light.

In the rear, more buttons allow the seat to glide forwards and a footrest to pop up, while another button controls the 10-inch screen, with headphones and acoustics, as part of the Meridian Signature Sound System. Back up front, 360° surround cameras double as parking aids and supplement the head up display.

Pulling this charger is a 5.0 V8 engine developing 700Nm torque and 565hp, for a limited top speed of 155mph, which you reach surprisingly quickly given the 0-60mph/100km/h time of around 5 seconds. The car offers every which way to personalise and maximise driving pleasure, at a price tag in the region of £144,000. However, if ownership isn’t your sweet spot and you’re in the UK, you could rent a Range Rover with https://www.theout.com/, while https://www.drivepivotal.com/ offers a subscription service.

Looking ahead, government policy, combined with Bolloré’s Reimagine strategy, may have us driving fully electric SVAD Range Rovers before long. The future for all Land Rover products points to Modular Longitudinal Architecture (MLA) and Electrified Modular Architecture (EMA) platforms, with Software Over The Air (SOTA) updates, which will ultimately make the ownership experience even sweeter. Capability is and will remain at the core of Land Rover’s being, so expect announcements in the next year or so. Oily wrench, your days are numbered.