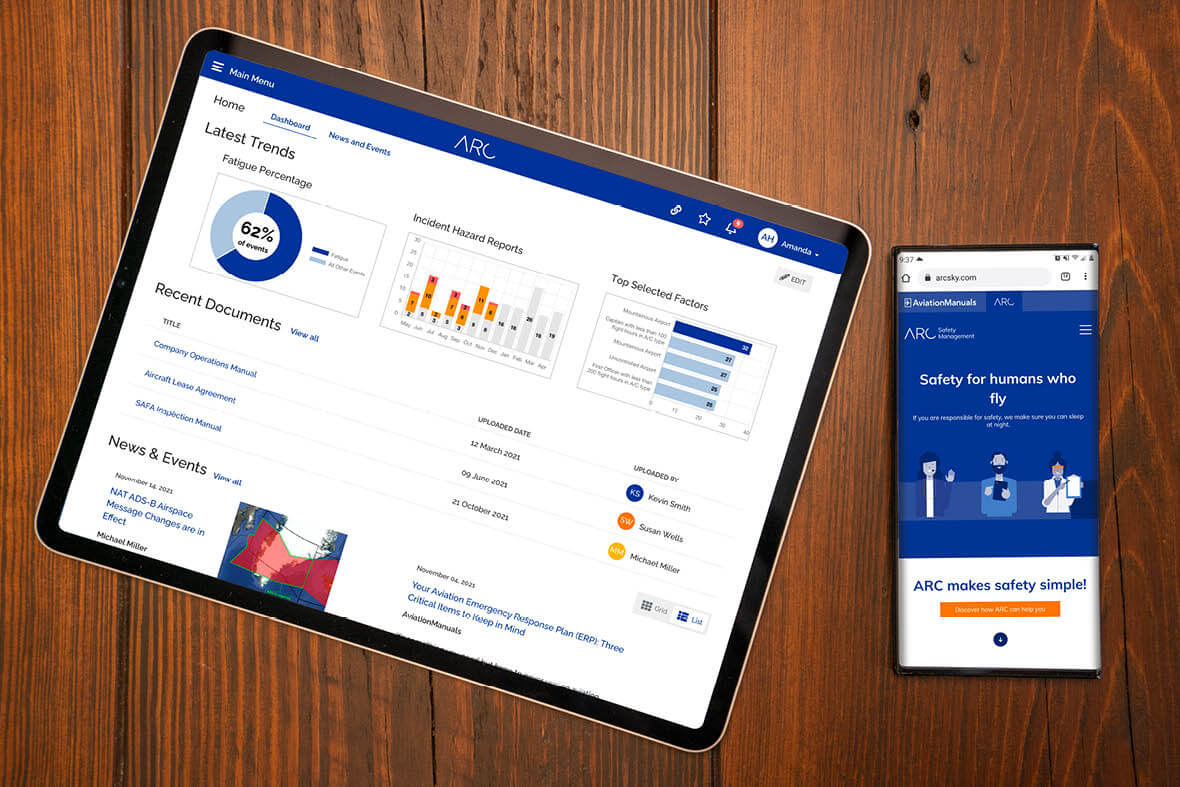 Aviation Manuals positions itself as an extension of the flight department, with an emphasis on safety and regulatory document management, as CEO Mark Baier explains

At its foundation in 1996, Aviation Manuals set out to provide physical, paper manuals every quarter, with intermediate bulletins and updates supplied by email attachment. Today, CEO Mark Baier says: “We handle everything from document management to content changes, updates and more. We’re almost an extension to each flight department, as if they are outsourcing their regulatory document management and safety management system [SMS].”
Customers pay an annual subscription and set-up is quick. There is an initial training period and ongoing support, including training videos, while the system identifies when a customer is not inputting sufficient new data – at which point the Aviation Manuals team reaches out to them.
Baier continues: “Many of the operators we support are much like a smaller airline in that they are subject to a lot of regulatory requirements, but they just don’t have the bandwidth to stay on top of it. A large airline has its own regulatory department that takes care of it, doing the research and keeping the operation compliant; we take care of that for our customers.
“We do the research and push content out to them. Some of the research is automated, where the system picks up new regulatory content, but we also have a team of researchers, who read publications and regulations regularly. The system flags changes and we are notified of others, but some information is buried in documents that are distributed regularly, some is provided to us via a notification from the regulator, and all of it has to be integrated into the content we provide our clients to keep their manuals accurate.”
The same is true of SMS. Baier comments: “An SMS is already mandatory for the airlines and we expect that for Part 135 commercial private aviation soon. It’s about using SMS to provide predictability so that rather than waiting for something to happen, analysing what happened and changing behaviour after the fact, risky behaviour is identified and changed before it becomes an incident.” Just like predictive maintenance, SMS is about watching patterns and observing trends.

Hosting
Documents are hosted on Aviation Manuals’ ARCdocs platform, and the company constantly highlights to its customers where regulations have changed and where other updates to their manuals have occurred. Baier explains: “We discovered that many operators were using non-aviation specific document hosting sites, like Google shared drive or Dropbox, so we developed ARCdocs as our own hosting platform. Everything is uploaded to ARCdocs. It has version control, auto-updates and push notifications built in, so operators are constantly aware of changes and they can log in and request changes to their documentation, which we then handle for them.”
Some customers use the ARCquiz facility, which sets test for relevant stakeholders ensuring they have seen, and been tested on the content of, updates. There is also provision for read notifications and initial version control tracking, and when a customer logs in, the app checks to ensure they have the latest version of the documentation. There is even an internal audit option.
Considering the types of data customers might add, Baier says some derives from specific risk analysis. “It could be based on the risk they associate with redeploying an aircraft after maintenance or flying a particular mission and it’s likely to differ between operators. A company flying regularly into a mountainous airport may not see that type of flying as carrying an elevated risk, but for a company not regularly flying into mountains it would involve a risk they needed to assess. It doesn’t mean they wouldn’t fly there, just that they would add parameters to the manual to bring that risk down.”
Other data reflects risk outside the operator’s control: a new, awkwardly placed lighting stanchion at an airport, for example. “Here they could use our Reporting Tool, where they can identify hazards, incidents or management changes that could impact risk levels. The information can be made available to everyone in the organisation and any necessary changes to the operation prescribed. These then flow back into operating procedures and so the organisation has changed the way it operates to mitigate the risk.”

SMS analysis
Some customers have analysed Aviation Manuals’ SMS data to identify the causes of non-safety related trends and act to remove those causes in a way that benefits their whole operation. Baier provides the example of a small company where the pilots had been trained to hangar the aircraft at the end of missions using an electric tug.
“They were seeing increased incidents of hangar rash, so the pilots were given more training. It was also noticed that the post-flight debriefs were taking too long to be submitted to operations, so they were given extra support and training there too. The SMS showed that both types of incident were occurring after the same sorts of flight. The data showed the issues had nothing to do with training, but were fatigue related.
“So, after long flights they had technicians hangar the aircraft and gave the crews an extra 24 hours to file their reports. When those long flights started to occur more often, the crews went to the management and explained they were making fuel stops and running up against their duty times, so they needed either an aircraft that could go non-stop or an extra crewmember. They changed the way they operated based on the platform’s SMS.”
Aviation Manuals has several customers with large fleets, but Baier says it is equally applicable to companies flying just one aircraft – and perhaps even more so, because these operations are likely to have fewer staff. “They don’t have the bandwidth or resources, they’re busy flying and, quite frankly, they don’t want to have someone dedicated to worrying about the regulations; it’s not what they do best. I’d say the majority of our clients operate between one and three aircraft, with no more than eight people in the flight department, but then we do have some with more than 300 aircraft. We support around 4,500 tails worldwide.”
Many of those tails reside with general aviation operators flying mixed fleets in different market sectors. Jets, helicopters and turboprops commonly share hangar space, while drones are becoming increasingly important, and Aviation Manuals is applicable across them all. Recently, it has become a useful FBO tool too. “We’ve had people in the food safety, energy management and other industries approach us because they recognise that aircraft operations are so far ahead from a safety compliance and regulatory perspective,” Baier reveals.
“It’s the same for FBOs: they benefit from all the knowledge and experience from aircraft operations. What we’ve built for them is based on aircraft regulations and SMS, but adapted to include procedures for fuelling, how catering is ordered and food stored, customer service and customer success. It’s important because FBOs are part of the safety chain, and because operators are starting to request policies and procedures before they choose to use an FBO. On a field where there are three FBOs, those without good policies and procedures are at a competitive disadvantage.”