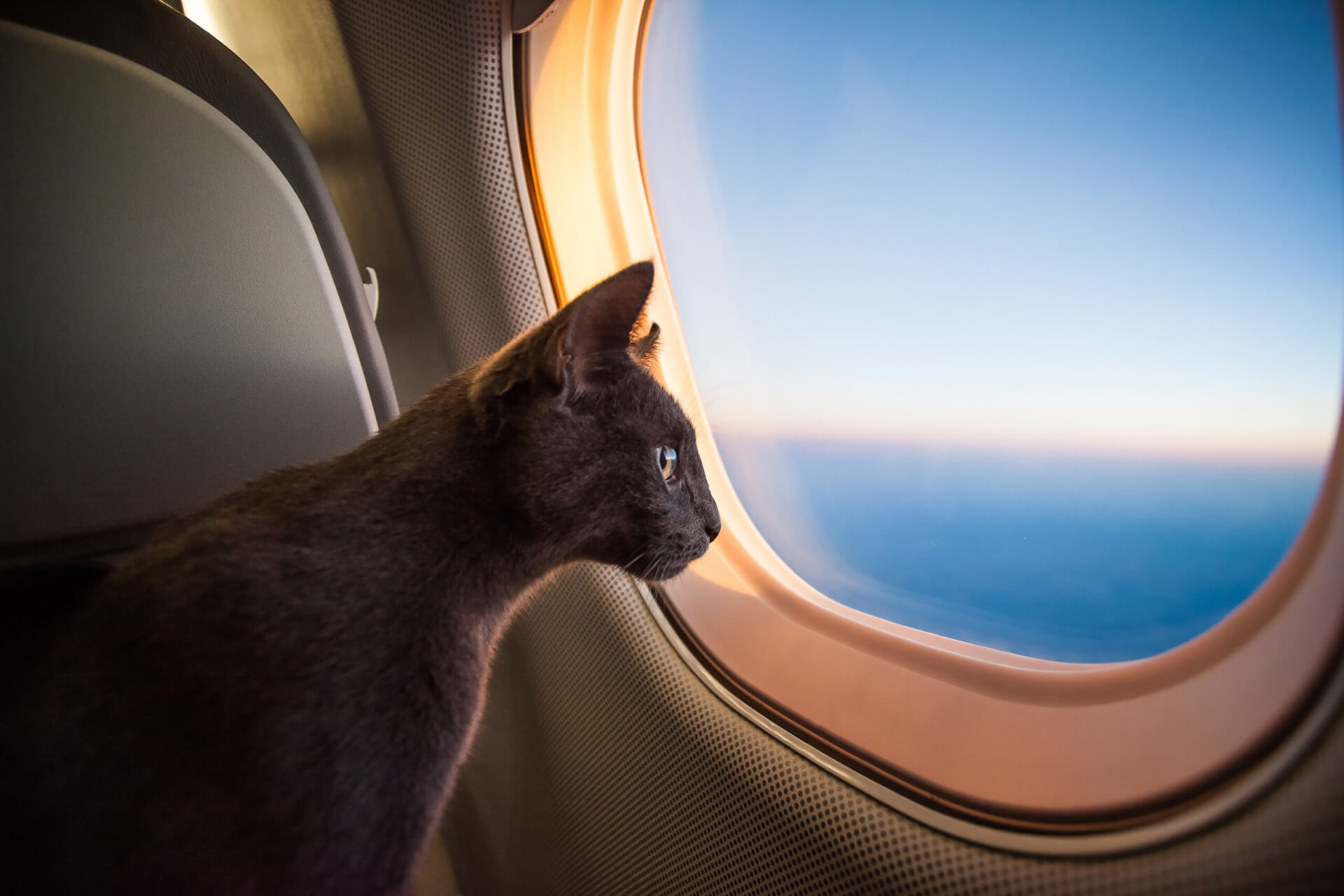 The process of flying by private jet is similar from any business and general aviation airport, but what happens when a pet is added into the equation? Kirstie Pickering reports

Travelling with a pet on a commercial airline serves up a whole host of paperwork, box-ticking exercises and stress at the airport, but private aviation offers a streamlined route that means no pet has to be left behind.

The Pet Travel Scheme (PETS) allows pet dogs, cats and ferrets to enter the UK without the need for quarantine, so long as the animals meet the conditions of the scheme. Pets need a valid passport, must be microchipped and have had the required vaccinations to travel to the UK; all dogs entering the UK must have undergone tapeworm treatment, for example.

PETS has different requirements dependent on what country a pet and its owner are flying into the UK from. In addition to all countries in the European Union, the UK also accepts pet passports from 16 other European countries including Gibraltar, Martinique and Norway. Those flying from a listed country – among them Argentina, Taiwan and Fiji – can also fly to the UK with a pet passport.

Outside of EU and listed countries, authorised vets issue official veterinary certificates instead of owners needing to apply for a pet passport. This certificate allows a pet to enter the UK or a country within the EU. Owners and their pets must arrive in an EU country within ten days of the certificate being issued and it is valid for travel within the Union for four months. Pets from unlisted countries need to undergo a blood test prior to travel, before being considered for access to the UK.
Requirements for pet travel out of the UK vary from country to country, so owners need to check what paperwork is needed upon arrival at their destination before travelling. UK pet owners can take their dogs, cats and ferrets abroad, and bring them back into the UK without the need for quarantine.

Certain airports and FBOs are designated for pet travel and have specially-trained staff and facilities, including microchip scanners.

SkyPets
The number of flights with furry friends aboard continues to rise year on year globally, and London Biggin Hill Airport was therefore ahead of the curve when it established SkyPets in 2003. A team of specially trained pet handlers, SkyPets is based at the airport and enables Department for Environment, Food and Rural Affairs (DEFRA) approved charter operators to fly owners with their pets directly to the airport for clearance.

London Biggin Hill was the first and remains the only business aviation airport within the London area to offer a dedicated animal handling service. On average, the airport clears around 2,000 pets per year for flights.

“On arrival at the airport, a member of the SkyPets team boards the aircraft to check the pet’s passport and microchip, without the pet ever having to leave its owner’s side,” says Sally Powell, FBO Manager at London Biggin Hill Airport.

“When passengers are travelling with pets to the UK via London Biggin Hill, they must provide SkyPets with details of the pet’s passport, microchip and vaccination history at least 24 hours before travelling. On departure, the pet and owner can board the plane without a SkyPets coordinator, since no checks are required when leaving the UK.

“The clearance time at London Biggin Hill is considerably shorter than at Heathrow and Gatwick, and up to five pets can travel in the aircraft cabin with their owners,” Powell adds.

Oxford Pets
London Oxford Airport also sees its fair share of pets on board. During the summer months, the hub typically sees up to 50 flights per month with animals joining their owners. One flight even had a pet parrot aboard.

“We were one of the first business airports in the UK to get PETS approval,” says Amanda Kelly, Senior Customer Services Representative and PETS coordinator at London Oxford. “We have three dedicated staff members with the necessary expertise on the matter; they are also serious pet fanatics.

“We often see pets being flown overseas for breeding trips. Some fly – sometimes even unaccompanied – abroad, get introduced to another animal of their type, and head home a day or two later.”

Menagerie Managed
And it’s not just cats, dogs and the occasional parrot that are welcomed aboard. Adam Twidell, CEO at global private jet charter broker PrivateFly, has welcomed a surprisingly high number of winged passengers aboard its jets too.

“The majority of our pet passengers are dogs – with cats in second place – but we have arranged flights for a whole range of animals including ferrets, rabbits and birds of all kinds,” he says. “One memorable flight saw us transport a family’s two dogs, two cats and six pet birds (four pigeons, a cockatiel and a finch) from London to Alicante in Spain. The flight was seamless, if a bit noisy!”

PrivateFly’s client services team works closely with pet owners looking to take animals overseas, co-ordinating the operator, the airport, ground transport and all other parties to make sure the trip is as seamless as possible. In the summer months, around 10% of PrivateFly’s chartered flights have traditionally had a pet on board.

“Pre-planning is essential to minimise stress and we work with the owner to do this meticulously, with a view to minimising delays, loud noises and other stress points,” says Twidell. “We also advise the owner to ensure the animal has the comforts of home around them, such as their own blankets, toys, food and, most importantly, the owner themselves.”

Pets need to be fully secured when airside at airports and also when inside the aircraft for take-off and landing. Aircraft operators will agree specific details for their aircraft with the relevant civil aviation authority prior to the flight, but very small dogs are typically expected to be safely secured within a carrier. Larger dogs will be allocated a seat on the jet and can be secured with the standard seat belt, although owners often supply a safety harness that can be attached to the belt for extra security and comfort.

Once they are aboard and safely stowed, the next stage is to ready pets for take-off. This can be particularly stressful for some animals owing to the sudden change in air pressure.

“Each animal is individual and can react differently to flying,” says Twidell. “Generally, dogs are more relaxed than cats or other species. For cats that are particularly nervous, some owners like to use a calming pheromone spray or diffuser.

“During the flight, the main source of comfort is the owner, who can reassure nervous pets with their presence, and hold them or stroke them in the freedom and privacy of the cabin. This is the primary reason why some pet owners choose private aviation, when they wouldn’t otherwise fly privately by themselves.”

Streamlining the process of flying with a pet gives private aviation a niche advantage over its commercial counterpart. Despite the lengthy paperwork and organisation required to take a pet overseas, private jet passengers know that everything is taken care of before they even arrive at the airport, making it easy for the whole family, pets included, to travel.