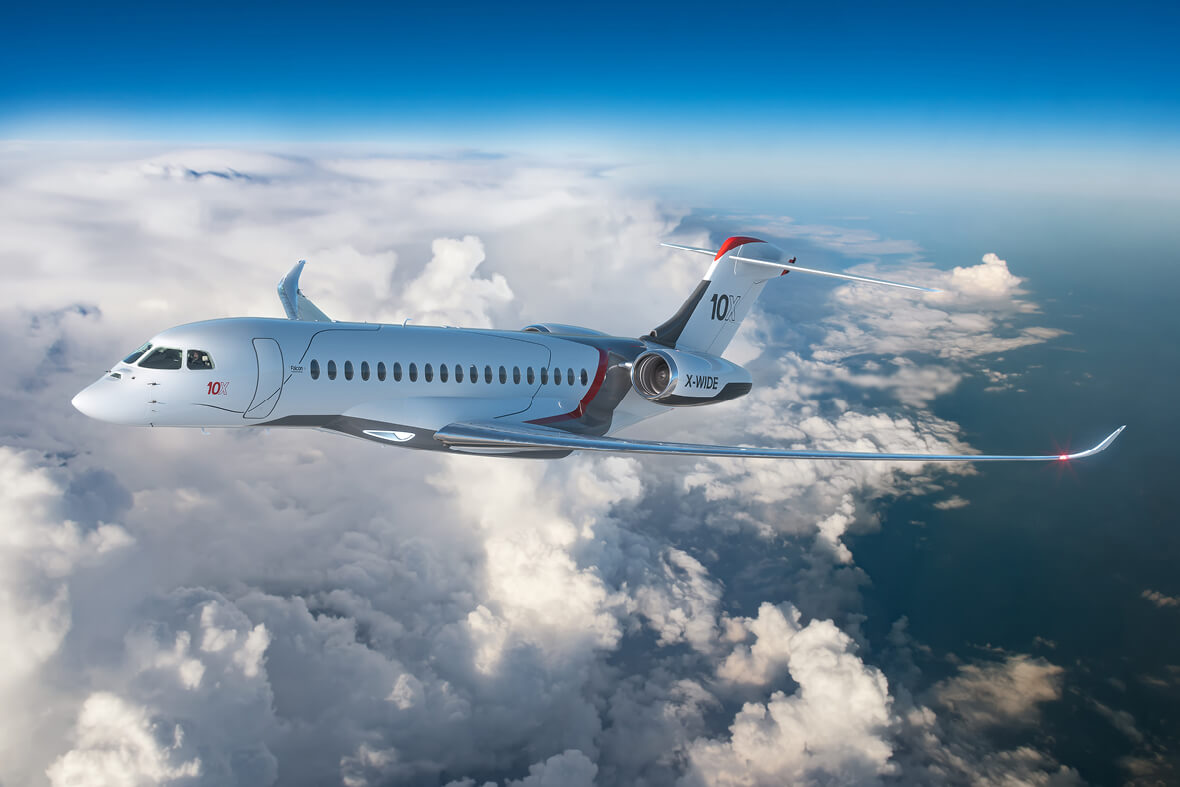 Always pushing ahead, Rolls-Royce is looking forward to Pearl 10X certification even as the Pearl 700 reaches the EASA standard. EVA spoke with Frank Mösta, SVP Strategy & Future Programmes and Dr Philipp Zeller, SVP for Dassault, about the Pearl series and what’s next

We find ourselves at a turning point in the history of aviation. The urgent imperative to address carbon and other emissions has been recognised and the technologies through which a sustainable future will be achieved are emerging. In the longer term those technologies will almost certainly include electrical power, hydrogen as a turbine fuel and hydrogen fuel cells.
Engine OEMs, Rolls-Royce among them, are examining and progressing all these technologies, but the hydrocarbon-burning turbine is not about to disappear and that means sustainable aviation fuels are the future of high-performance, long-range aircraft for several decades. Indeed, Frank Mösta, SVP Strategy & Future Programmes at Rolls-Royce, cautions that for engines like those in its business aircraft portfolio, sustainable hydrocarbon fuels will be required for at least 50 years.
“For the short and medium term SAF is essential,” he says. “There is the potential to use hydrogen, which is no big deal for a gas turbine. You need to adjust the burner – and the technology already exists – but otherwise it’s just another fuel as far as the engine is concerned. The challenge is with the infrastructure and how to configure an aircraft to carry it. You could even consider using hydrogen for take-off and landing, and SAF for long-range flight.”
Mösta also notes that while some of the SAF demand will be satisfied through a variety of feedstocks, synthetic fuel is potentially the optimal way forward. Combining carbon dioxide extracted from the air with hydrogen, it creates a carbon-neutral fuel free of sulphur and aromatics which, he says, subject to certification, Rolls-Royce engines could happily use today. “This is such an exciting time to be in our industry,” he enthuses.

Pearl wisdom
Meanwhile, on 20 September 2022, the European Aviation Safety Agency (EASA) awarded certification to the Rolls-Royce Pearl 700 engine powering Gulfstream’s G700 and G800 flagship models. The Pearl is very much at the leading edge of Rolls-Royce’s production portfolio, a fact reinforced by the 2 September announcement that ground had been broken on a new support facility in France. Expected to open in the first half of 2023, the development will support the Pearl 10X, powering Dassault’s new Falcon 10X.
Bombardier (Pearl 15 for the Global 5500 and 6500), Dassault and Gulfstream have all opted for Pearl engines on new-technology platforms, so how does Rolls-Royce tailor the Pearl architecture to provide unique capability to each airframer? Dr Philipp Zeller, SVP for Dassault, Rolls-Royce, shares his thoughts.
“Our strategy is around investment in big technology steps, like the Advance2 engine core, then applying it to different platforms. It’s a policy that goes back to the BR700 series, where we put the BR700 core in different applications. If you go back a decade, we were running demonstrator programmes showing a new compressor, and we put that into the Pearl 15. With the Pearl 700 we injected more new technology, on the turbine, for example, and introduced the blisked fan. Now, with the Pearl 10X, we’ve reached the next level, extracting a little more thrust, running the engine slightly hotter by injecting more new technologies.
“Every airframer wants a bespoke engine, but with mature technology and no developmental risk to the aircraft programme. They want it tailored to them in terms of performance and installation, and our wisdom is in adapting the same core through technology injection to achieve that.”
Zeller says the Pearl models are quite different in their installation, the power offtakes, mounting systems, feeds to the aircraft, and nacelle, all of which are bespoke. “That’s where a lot of our energy goes: ensuring every customer gets a perfect fit for their aircraft.”
It is incorrect, however, to assume that the evolution between variants is simple, involving a handful of engineers working over a few months. In reality, Zeller reveals, the works requires hundreds of people over several years.
“And we have to go through a new certification process for each new variant. Sometimes we can use evidence from previous efforts, but there is a lot of scrutiny involved to prove the evidence is applicable and, more often than not, it’s easier to create new evidence and engine data. Our development programme for the Pearl 10X therefore has an additional four engines, plus we have four for use on our Boeing 747 testbed, all before we deliver an engine to Dassault.”
All of which said, there is a degree of commonality between the Pearl derivatives, which pays dividends in supportability. “It helps with our supply chain and creates commonality in the manuals and maintenance tasks,” Zeller explains. “And I see a benefit for large operators who will see the same parts and tasks coming in and come to understand the Rolls-Royce ‘house style’. It’s important that while there is commonality, we offer what each customer wants: a perfect product and experience.”
By the time the Falcon 10X makes its first flight, Zeller says its engines will be very mature, having benefitted from Pearl 15 and Pearl 700 experience. “We’ll be building on the previous Pearl engines that have been tested on the ground and in the air, so our focus will be on those areas that are unique to Dassault. It’s a successful model which, again, we’ve used in the past.”
Parts and engineering commonality have been yielding cost and time savings for decades, but the latest-generation engines also produce gigabytes of data, some of it applicable fleetwide. Zeller says: “We’ve introduced engine health monitoring and data transfer on all our Pearl platforms. The software and data transfer, as well as the data we receive and process, will be tailored to the customer. We’re working with each OEM to create a bespoke setup.
“In terms of how we use the data, on any particular engine the conclusions drawn from its data are specific, but we can compare it across the fleet to help identify trends or common fixes. There’s a lot that we still have to explore, including doing more with the processing of big data.”
So much data is generated that a key task is defining how to identify that which is immediately important. Rolls-Royce is investing in data manipulation systems, including AI, to exploit and explore the potential of its ever-expanding data lake.

Future plans
Dassault expects Falcon 10X service entry in 2025, after which the aircraft and its engines are likely to enjoy a 40- or 50-year career. Over that period there will be incremental engine and airframe evolution, so how does Rolls-Royce plan for the future? “We predict future regulatory changes for emissions and noise,” Zeller says, “and we’re already targeting the next level, what will be required in five to ten years. We have an anticipation of what’s coming by working with the regulators and industry committees, so we’ve future-proofed the engine.
“All the engine components can handle the SAF developments we see coming and we’ve tested the engine with 100% SAF. There were no issues and, indeed, some benefits, through the higher calorific content of the fuel and lower emissions. We’ve been very successful in making sure we know what’s coming and in shaping the future. I’m confident the Pearl 10X will meet future standards.”