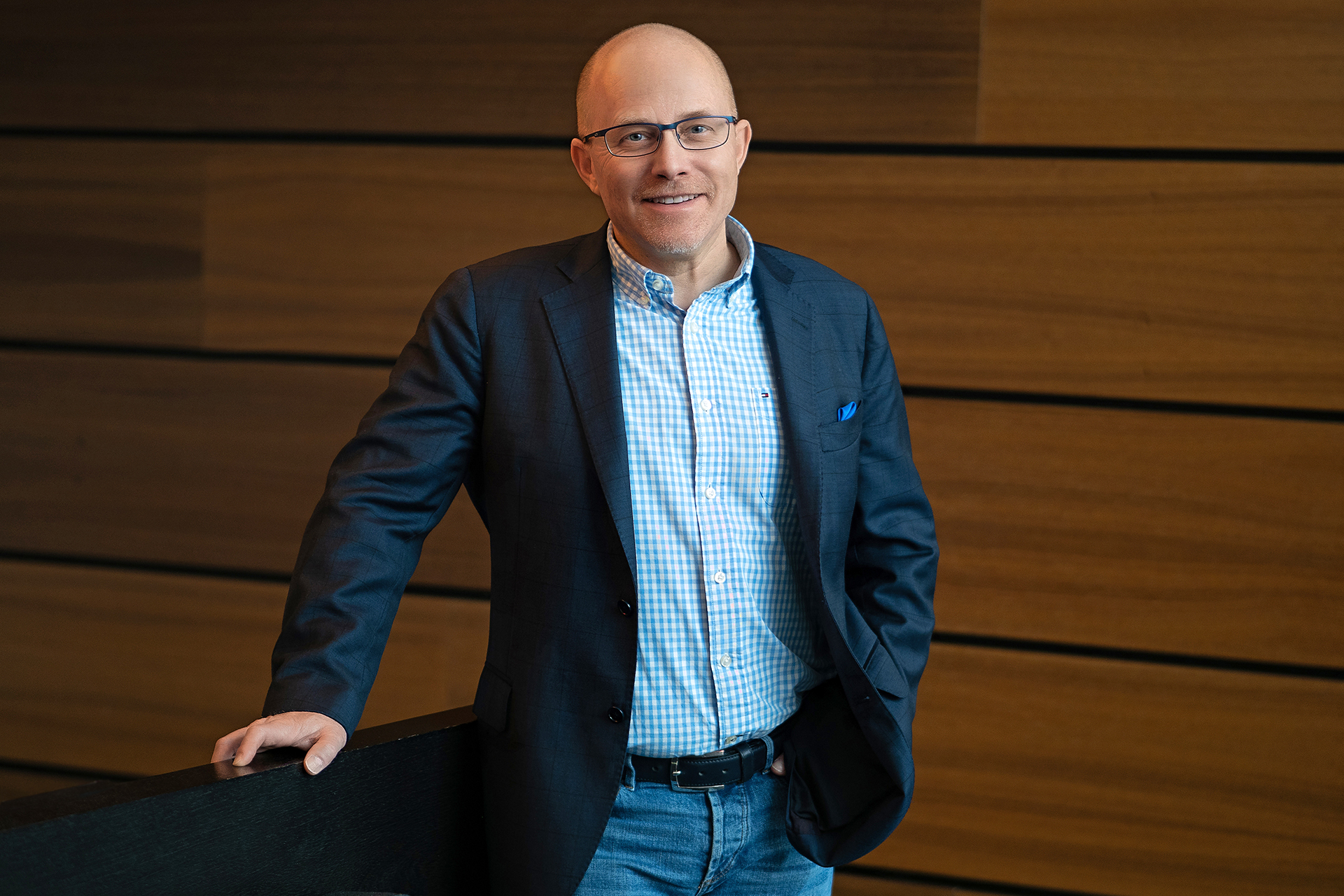 Parking an aircraft, placing it into storage for an extended period, requires careful consideration and a proper maintenance programme. Camber Aviation Management’s Tom Chatfield describes the steps to take and the pitfalls to avoid

In EVA’s Spring and Autumn 2020 editions, Gary Crichlow, Arc & Co’s Director of Aviation Finance, examined the options for aircraft ownership if liquidity becomes tight. Now, Tom Chatfield, CEO at Camber Aviation Management, details the physical realities of parking, or storing an aircraft, from the seemingly obvious, simple steps that are nonetheless often missed, to commissioning a suitable programme of in-storage maintenance to keep the machine healthy and ready to fly with minimum investment once times have improved.

A licensed aircraft maintenance engineer and pilot, Chatfield has 35 years’ of industry experience behind him, during which he’s seen many aircraft parked and frequently advised clients. “There are really two ways of doing it,” he begins. “The first is to make a conscious decision not to use the aircraft for a specific period of time. The storage criteria then depend on whether it’s parked short- or long-term.”

Good planning is key to storing an aircraft cost effectively and well. In planning a storage event, owners may be able to move their aircraft to a less costly airport for the storage period and should contact their power-by-the hour maintenance suppliers to request reduced rates during the storage period, since PBH subscriptions are based on actual flying hours. The owner’s insurance provider should also be advised that the aircraft will be stored and the insurance policy adjusted accordingly for the period.

Considering an imaginary ACJ319 that’s to be parked for a month, he explains: “You’d perform so-called seven-day checks, which means that there are tasks every seven days and after the 28th day the process of removing the aircraft from storage and preparing for flight begins.” The nature of the work also depends on whether the aircraft is hangared, but indoors or out, the longer the jet is stored, the more complex the process becomes.
“An owner knowing their aircraft won’t be flown for at least six months is wise to opt for long-term storage, where all the work is done upfront and there’s less regular work subsequently. Place the aircraft in short-term storage in hopes that you’ll be flying sooner, then find out after six weeks that’s not going to be the case, and suddenly the work required increases almost exponentially.” It is worth noting that if a dedicated technician is available and being paid anyway, then having them carry out short-term parking maintenance could mean it’s more reasonable and less costly to keep the aircraft live, rather than putting it into long-term storage for six months and then depreserving it.

There are still major work packages, and expenses, for properly stored aircraft in the longer term. Recalling the team’s involvement in the first Boeing 787 VIP conversion, Chatfield says: “Then, if you stored a 787 for more than two years, the engines had to be pulled and sent to the shop. Our aim was to get back into the air in 22 months. We didn’t want to get into removing engines. As soon as you pull an engine there’s always something… and it’s always expensive!” It’s interesting to note that an aircraft hangared for a lengthy completion project is normally placed into storage.

Push it in the garage
Faced with a period of inactivity, the very worst decision an owner can make is to park an aircraft outside and leave it. The enthusiastic owner of a vintage British sports car, Chatfield likens abandoning a jet to the elements to parking a treasured car on the driveway all winter – he’s in British Columbia, so winters are hard. “It wouldn’t be a surprise to come back to it in spring and discover it didn’t work properly and the repairs were going to be expensive. Instead, you push it in the garage, replenish the fluids, place a protective cover on it, do the minor things necessary to keep it healthy and maybe get a cat or mousetrap to stop anything getting inside.”
But the best decisions aren’t always made in the wake of an unexpected crisis and Tom Chatfield has seen some of the worst, including the dismissal of pilots as soon as problems arise. The questions of where the jet is and can you move it to a suitable storage facility are then moot, because it’s staying where it is, regardless of location. Chatfield mentions an aircraft abandoned on a tropical, coastal airfield without even engine covers; both engines were written-off 14 months later and the asset lost in the region of US$20 million in value.

“Camber now offers to go and get those aircraft and it’s surprising how many people are calling us for help. Every case is different. We speak to the OEMs and figure out how to make the jets safe and airworthy, then get them to an MRO, where remedial work can be expensive.” Ironically, much of the expense may be avoided by taking a look at the aircraft owner’s manual which, in every case, details the requirements for storage. It’s also important to consider the potential for damage or invasion by insects or rodents and while a cat almost certainly isn’t the answer, it’s important to prepare appropriately.

“Ideally, you’ll want to park the aircraft somewhere warm and dry, although storing outside in colder climates is possible provided it is taken into account as part of the storage programme. Then everything has to be closed up, using a special tape to seal gaps, blanking off the engine intakes and exhausts, and sealing air vents; depending on the aircraft type, a fly screen-like material is used for air vents, allowing for ventilation but keeping bugs out.”

“Passenger windows are vulnerable to UV and become crazed by sand and other debris blowing against them. Cockpit windows are also affected, so all transparencies need to be covered.” Replacing a damaged transparency is costly. Chatfield reckons anywhere between US$80,000 and US$120,000 per item is typical, while the work involved is extensive and often surprisingly complex.

Lubricants and hydraulic fluids are usually topped up prior to storage and if the arrangement is long term, then it may be necessary to flush and change those fluids later. Keeping everything full prevents moisture penetration and helps keep seals and other components in good condition. “If you drain a hydraulic system,” Chatfield notes, “it’s only a matter of time before the seals perish and components require overhaul.”

Ideally, aircraft are stored indoors, in environmentally-controlled hangars. Some owners have facilities available, for others hangarage represents a not inconsiderable cost, and yet Chatfield says he’s had conversations where owners have let pilots go without having them bring the aircraft home to the hangar first.

Again, regardless of whether the jet is kept inside or out, but more importantly in the latter case, it’s a good idea to protect the exterior paint and treat polished leading edges. It is something that ought to be done again before returning to flight, since both areas deteriorate quickly.

System checks
Without airflow or air conditioning, the cabin will suffer if left sealed and unattended – leather will age and mould may form. “For that reason, it’s important to put desiccators inside and to keep some vents open, albeit closed off with the ‘fly screening’. Depending on the OEM, there’ll also be a requirement to power the aircraft up at certain intervals, which means the door will be opened and the cabin aired. Opening the front and baggage doors lets air move through the cabin. Short-term storage may require an engine run at two weeks or four weeks too, providing the opportunity to cycle systems,” Chatfield says. Even in a hangar and following the requirements for powering-up, engine runs and protection, there is a need to reseal a stored aircraft at intervals, taking off and replacing the tape.

Bringing an aircraft out of storage depends on the type, how it was stored and how long for. “Assuming it was long-term, the covers come off and calendar checks that would have become due are completed. Systems checks would include hydraulics, APU [auxiliary power unit] and flying controls. Fluids and filters would be changed, and any scheduled maintenance checks completed, at the same time attending to airworthiness directives and regulatory requirements to maximise efficiency. With all that done, it’s time for a proper engine run. Legally, there’s no requirement for a test flight, but we feel it’s always important because by now you’ll have done a lot of work.”

Record keeping
Keeping accurate records through an aircraft’s career, including during periods of storage, is essential not only to maintaining airworthiness and safety standards but also to its value. Poor records are not unusual, especially when an aircraft has been parked under duress, but Tom Chatfield reckons the problem can be eased if the return-to-service programme is well managed. A thorough inspection, precautionary work where doubt exists over a system’s status and careful diligence all reduce risk; he cautions over the ‘clean it up and continue with regular maintenance’ approach.

“If the records are solid, they establish the aircraft’s pedigree. Combine that with knowing where the maintenance has been done and you can tell how well it’s been taken care of. My perspective is always, ‘Would I be happy for my family to get on it?’ In the case of missing records and improper storage, the answer to that question is ‘absolutely not’.”