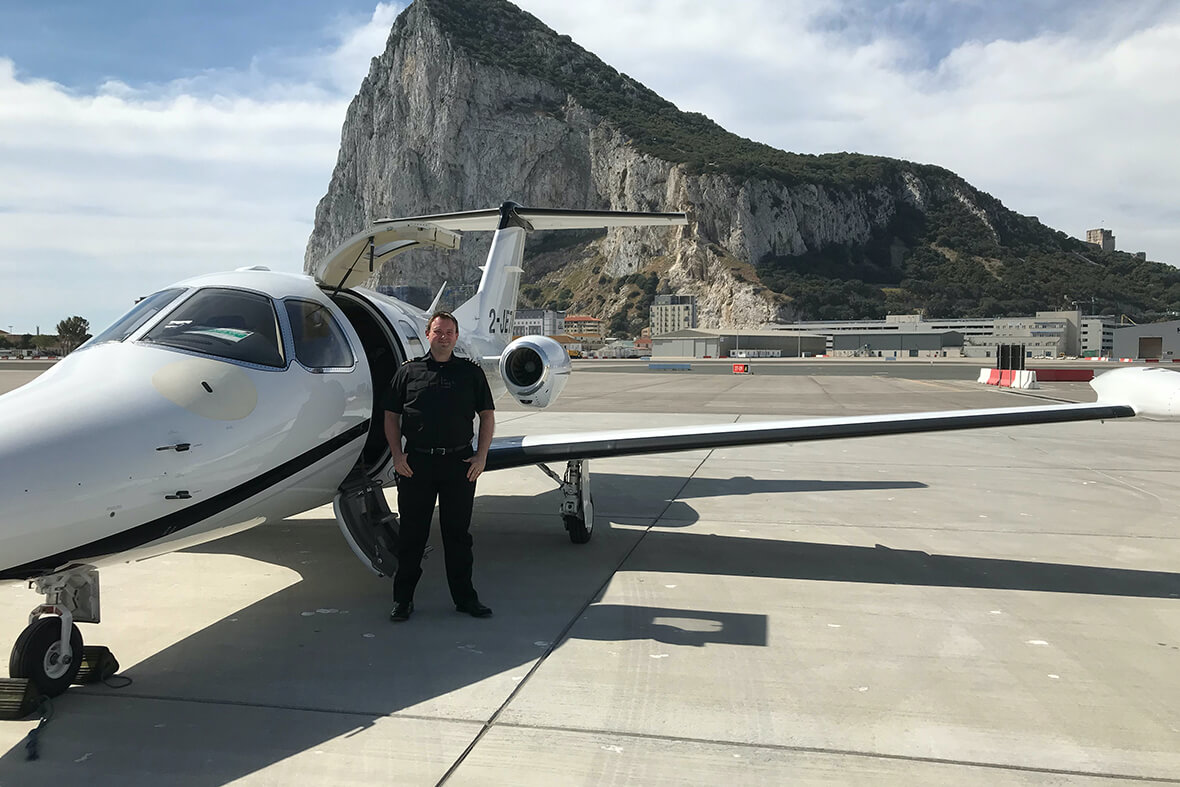 Much of the challenge comes from the complexity of airport pricing and handling fees. Add to that the real possibility for human error that pages of complex pricelists present, and operators are more than likely paying considerably more than they need to over the entirety of their business. It’s a serious problem for large operators and could be terminal over time for smaller companies.

In a nutshell, the APC provides operators, charter brokers and business and general aviation aircraft owners with precise quotations of airport and handling charges, powered by data gathered through ADI. Meanwhile, handling agents control their own pricing data by uploading it to HPM, which then integrates the information into APC. The HPM platform also enables agents to receive handling requests and turn them into bookings.

Real-world basis
The inspiration for Aviation Data Solutions is firmly rooted in Parson’s real-world experience of charter brokerage and, more specifically, brokerage IT systems. “I worked for a company that had spent a lot of money on its charter sales system,” he recalls, “but it was always inaccurate, sometimes to a quite amazing degree, because it didn’t have the airport and handling charges.”

Recognising the problem, he naively reckoned it wouldn’t be too hard to solve and with no other solution available combining airport and handling charges, decided to ‘give it a go’. That was about three years ago.

“We started with the Airport Pricing Calculator, which calculates the price for any business aviation aircraft visiting an airport, including required services. For now it’s a web portal, designed to be very simple to use and primarily targeted at smaller operators with minimal software infrastructure. The end goal is to plug it into existing charter systems so that they will interface with APC through our API [application programming interface], generating accurate data for their pricing.”

Using Aviation Data Solutions’ demonstration server in the role of an operator, Parsons arranges an imaginary flight into Stuttgart, including an overnight stay. With the airport selected, the system automatically identifies available handling agents. Where the preferred agent hasn’t been used before, the system requests permission to use its pricing data via the HPM.

Parsons explains: “It has previously been impossible to include the agents’ pricing data with the airport data, because agents at the same airport are competing with one another and cautious about sharing information with a third party.” Aviation Data Solutions’ system allows them to share with confidence, safe in the knowledge that their data is secure and measures are in place to protect it in use. “We call it restricted access, where the agent’s data isn’t in the public domain and the operator has to ask for permission to use it in the first instance. It’s a simple automated data access request process.”

For the purposes of the demonstration, he enters two passengers into the system and selects ‘bad weather’, which means that the airfield lights will most likely be on, attracting an additional charge. Options for services also pop up. “These are typical hospitality services,” Parsons explains, “including coffee replenishment, dishwashing, etc, but also ground service equipment use and line maintenance, where offered.”

As he clicks services, he notes the variations in units reflected in the system – potable water ordered in cubic metres, for example, is typical for Russian airports. But the process is essentially very simple, since the system presents all the possible variables at the chosen airport for easy selection.

Clicking ‘calculate’ produces a simple breakdown, with one column for airport charges and another for handling. The result goes down to €0.38, demonstrating an unexpected level of precision, but then Parsons says the team strives for 100% accuracy. “I’m realistic about it. We won’t always get there, but if we always achieve 97 or 98% accuracy I’ll be happy. The market seems happy to accept anything greater than 90% and we’ve consistently achieved that. When we haven’t, it often turns out that there’s a mistake in the airport price lists and online charge calculators.”

One-page process
Of course, the APC enables operators to request quotes from any agent at the destination airport so long as they’ve uploaded data to HPM. In that case, selecting the favoured quote is but another click away, the process generating a booking request. The handling agent receives the request via HPM and accepts – or declines – it. “What we’ve done,” Parsons declares, “is take a process that usually results in a long email chain and condensed it into one page, keeping it simple for everyone.”

The pricing breakdown revealed to the agent is very similar to that generated for the operator, with the exception that the agent may now apply discretionary discounts. These could be made permanent, while Parsons says contract rates agreed between agents and bigger operators are also modelled as required.
Parsons says operators and handling agents also regularly fall foul of issues resulting from missing or incomplete aircraft and operator documents. He gives an example of flying into a European airport and not having his aircraft’s noise certificate available. “It’s used to verify the maximum take-off weight and because I didn’t have it, the handling agent issued a bill for twice the normal landing fee. It’s not unusual…

“Eventually I found it, scanned it and emailed it. The agent had to redo the bill and everyone involved wasted lots of time. Now, operators can upload documents into the system and they are immediately available to handling agents.”
An important additional complication that often leads to unexpected handling fees arises through differences in aircraft specification. Here, Aviation Data Solutions works tirelessly to ensure the most wide-ranging and accurate information is contained in the ADI. “We spent six months or so building one of the most comprehensive aircraft and engine databases available,” Parsons says.

He takes the King Air 200 as his example and explains: “Knowing the aircraft is a King Air 200 really tells you only its dimensions. It doesn’t tell you maximum take-off weight, engine type and, therefore, emissions or noise levels. We have all the King Air 200 possibilities in our database, which means 48 variants of the classic King Air 200 alone, reflecting different engine types, weights, propellers and so on. All these parameters affect pricing; if we consider the wider King Air series, we have more than 400 variants in the system.”

The APC, HPM and ADI components are designed for expansion as agents and airports add new services and aircraft data changes. Speaking early in February, Parsons confirmed that 294 individual services were covered, and more than 1,200 unique methods of charging were included. The four-person data processing department is kept very busy in what Parsons describes as “…a massive operation, because there is no standardisation at all across the industry in terms of services and pricing.”

The next stage in the company’s journey is integration into handling agent software systems, so that the HPM interfaces directly with existing systems once a booking is confirmed. The focus remains on business aviation, primarily charter, and general aviation, but there is obvious application to the special mission and air ambulance markets. The system is actually extremely flexible and so long as the data is available, all its functionality could also be applied to airline and cargo operators. Entering that data takes time however, and Parsons is realistic about how much can be achieved in a realistic timetable, even with a full-time database team.

“There’s so much complexity to the data that I believe we need another year or 18 months to expand beyond our core market. We’ve concentrated on Europe to begin with and now we’re expanding outwards into the Middle East, Russia and North Africa.”

The charter industry and handling agents have become very good at working the suboptimal system that exists today. Complexity, errors and various degrees of inevitable opacity are accepted as the norm. Having seen the Aviation Data System APD and HPM demonstrated, it’s difficult to conceive of those traditional practices continuing in a market where every stakeholder is looking to emerge into a new and challenging business environment as efficiently and quickly as possible.