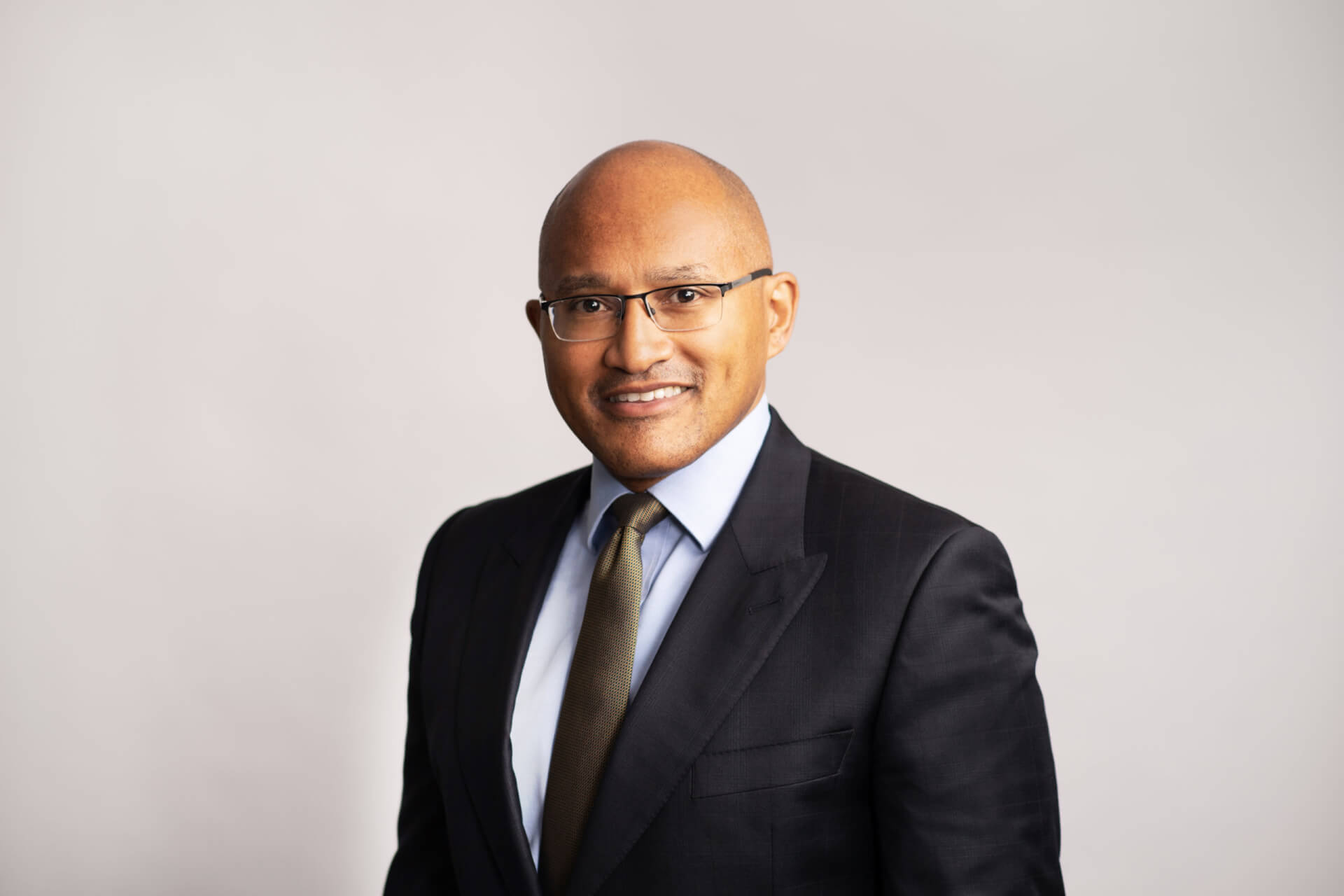 In the first of two articles, Arc & Co’s Director, Aviation Finance Gary Crichlow, takes a look at the costs and financial considerations of aircraft ownership

Established in 2008, Arc & Co describes itself as a boutique debt advisory firm, specialising in the areas of real estate, marine and aviation assets. The company’s aviation expertise and research enables it to provide expert advice on all aspects of private jet purchase and leasing, including the thorny problem of what to do should the asset become temporarily or permanently unsustainable.

Gary Crichlow, Arc & Co’s Director, Aviation Finance, reckons acquiring an aircraft is the (relatively) easy part, at least as far as understanding the price tag is concerned. Running the aircraft, however, brings a whole host of other costs that can often seem to come from unexpected quarters, especially if the buyer hasn’t done their homework beforehand. It’s an expensive and complex proposition, and to extract maximum value for money, it’s important to take the time to understand how and why running costs accrue.

A good place to start is by talking with a reputable, experienced aircraft operator, ideally before buying the aircraft. Nick Houseman, co-owner and board member of operator Elit’avia advises: “Running costs can really be split into two categories: fixed costs that you pay whether you fly or not, and variable costs that are proportionate to how much you use the aircraft. There is some overlap, especially where maintenance is concerned. Some maintenance is calendar-based, and some is based on how much – hourly – and how frequently – cyclic – you fly.”

Once a potential buyer understands where costs will come from, they should benchmark them in an organised way. “We strongly recommend benchmarking against industry standards to ensure you’re getting value for money,” says Nel Stubbs, Vice President at Conklin & de Decker. “It’s a good idea to look at the entire lifecycle of the aircraft and create a budget that captures all of your aircraft-related outgoings.”

Translating a benchmarked cost budget to actual savings in operation is where specialist expertise really comes into its own. It can seem like a pricey proposition up-front to invest in the right level of expertise to handle aircraft finance, operation or maintenance, but it can pay off handsomely in the long-term in terms of saving time and avoiding expensive mistakes.

Almost nowhere is this more evident than when the aircraft undergoes major maintenance, either scheduled or unscheduled. Colin Brickman, Managing Partner at Switzerland-based aviation technical advisory firm CAMO4jets advises savvy clients: “…bear in mind that maintenance companies are in the business of selling man-hours – you need a project manager who knows the going rate for labour, and who can control man-hours, parts and materials sourcing, and defect and repairs management. They also need the contractual nous to negotiate avenues of recourse should things go wrong or go over budget. It’s a tall order for anyone who doesn’t do this day in, day out as their primary job.”

Likewise, paying for maintenance coverage up-front via an hourly maintenance support plan may seem counter-intuitive, but can actually be a sound investment. Lou Seno, Chairman Emeritus and Special Advisor at Jet Support Services Inc (JSSI), comments: “The value of enrolling your aircraft onto a maintenance support plan goes well beyond the predictable budget and protection from unscheduled maintenance repair costs. Aircraft owners also experience enhanced residual values when their asset is enrolled on a programme because the funds accrued are transferable with the aircraft to the new buyer.”

Financiers also look more favourably on an enrolled aircraft because it mitigates their risk. This in turn leads to a simpler due diligence process on the aircraft, a more generous amortisation profile, which means lower financing repayments.

And on the topic of financing, it is an oft-overlooked consideration when it comes to extracting the maximum benefit from an aircraft from a cost perspective. Instead of sinking cash into an aircraft that will almost certainly lose value over a period of ownership, potential owners could instead put that capital to work in their business or other return-generating investments. The same principle applies if they’ve already purchased an aircraft – it may be worth exploring releasing equity that can then be deployed into investments that further strengthen their cash position. If the aircraft is already financed, it can be worth shopping around for a better deal.

Acknowledging financial strain is difficult and attempting to fix it alone appears to be a near-universal human trait.

The worst thing an owner can do is succumb to the natural temptation to ‘go dark’, keeping their operator, hourly cost maintenance programme provider and financier at arm’s length while attempting to sort things out alone. The temptation should be resisted in favour of talking to them early.

They all have an interest in helping an owner succeed and the prevalence of tripartite agreements means that a trip in payments to one party will trigger notifications to everyone else in the chain anyway. It’s far better to be upfront, and rely on their expertise to avoid storing up bigger problems further down the line.

Gary Crichlow says conversations with clients tend to reveal an underlying fear that an admission of financial difficulty would immediately lead to seizure of their aircraft by their creditors. “My years of experience as an aircraft financier indicate this fear is generally unfounded. An aircraft is a complex piece of metal that takes time and effort to turn into liquid cash. Creditors tend to be pragmatic. They know it’s difficult to sell an aircraft at maximum value quickly and that it’s an expensive, involved, risky process. As a result, seizure and repossession is rarely the first thing on a creditor’s mind. On the contrary, they generally take a positive view of clients who are upfront and transparent, and are more willing to be pragmatic about restructuring a solution that better matches the client’s cash flow.”

Above all, if an owner can’t afford afford to fly an aircraft, they should not allow its upkeep to fall away. Neglecting an aircraft can be hugely expensive to rectify; as it progressively falls out of its maintenance regime it will become exponentially more expensive to bring it back to currency when the situation improves. And the stigma of even a short period of neglect can be anathema to most buyers if the situation doesn’t get better.

The key is to talk, and talk early. Operators and financiers, if they’re involved, have an interest in helping owners succeed, and they have the expertise to help them avoid storing up bigger problems further down the line – for example, by agreeing to a financial restructuring to provide breathing space, reducing the aircraft’s flying to minimum hours, using charter revenue to offset some of the running costs or keeping the aircraft in a state of preservation.

The second essential is to be realistic. Aircraft values go one way over time: downwards. And aircraft sales tend to take time. So an owner facing initial difficulties with limited prospects for improvement stands a better chance of maximising the equity out of their aircraft if they make the hard choice sooner rather than later. That provides the time to make the sale happen in an orderly fashion that avoids signalling distress to the wider market.

“The best way to achieve a good selling price if you’re facing some difficulty is to keep everything as close to normal as possible about the aircraft,” advises Côme Charron, European Sales Director at aircraft broker Guardian Jet. “Nothing brings out the bargain-hunters faster than the hint of distress in an aircraft sale,” JSSI’s Seno agrees.

Keeping things as close to normal as possible is a team effort and owners will also need expert operational and technical advice. A full-blown financial crisis is not the time to be starting conversations, so a team of experts should be assembled as soon as possible. With the operator and financier involved as well, a coordinated strategy that treats creditors as partners is possible, making a solution that enables an owner to manage on restricted cash flow more likely while ensuring the aircraft is maintained, insured and protected, ready to resume normal operations when the situation improves.