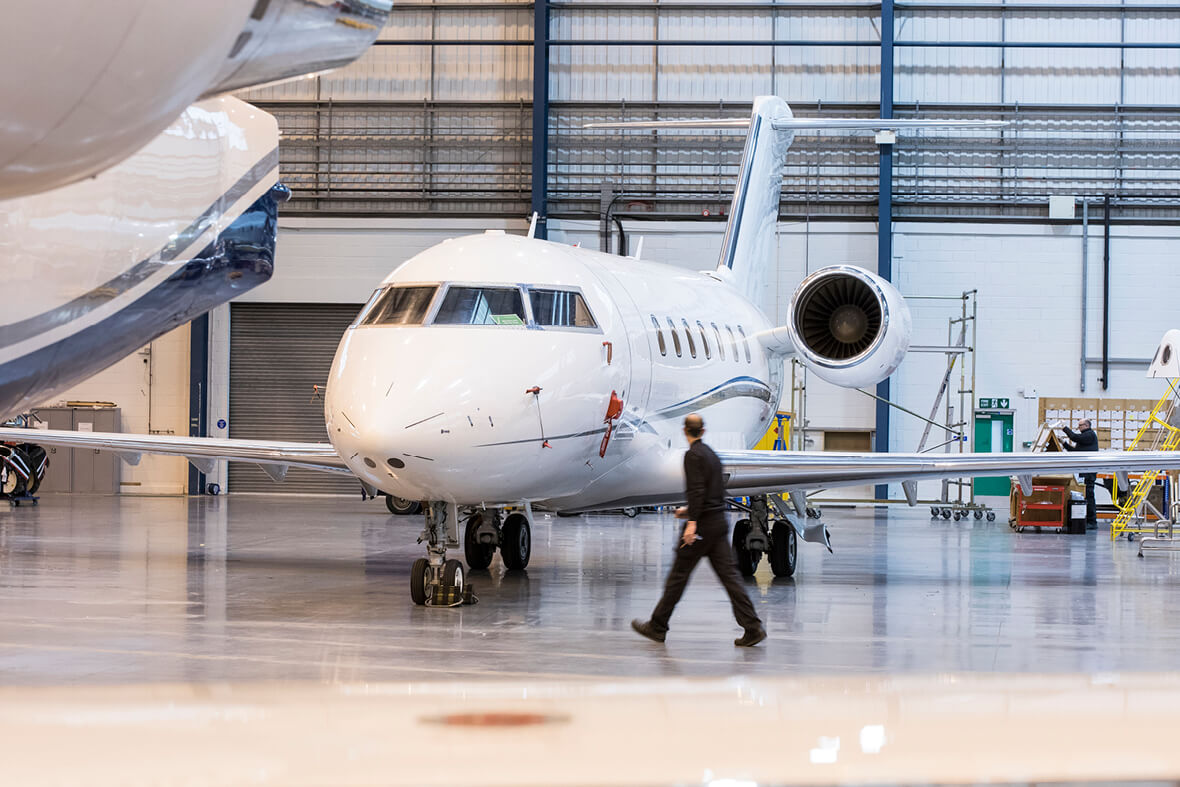 Gama Aviation is building on almost four decades of business aviation MRO experience, with new approvals extending its maintenance excellence beyond a core of expertise in the Challenger, Global and King Air

Embracing technology
Young people are all about technology, but some seasoned engineers have been known to distrust digital when paper and a greasy thumbprint have seen them through a long career. That’s very much not the case at Gama Aviation. “We like to embrace technology,” Kinch says. Having said that, he notes that older airframes are not digital, although there is little that can be done with a brand new aircraft without the correct technology. “We have tablets on the hangar floor and engineers book their time live on their phones. The system also allocates tasks. Imagine one of ten engineers on an aircraft with 500 tasks, then that engineer only sees the tasks allocated to them and the hours required.
“We’re transitioning to fully digital at Bournemouth over the coming year or so, while Glasgow is already virtually paperless. I’ve already seen our younger technicians telling the older guys they don’t even need a laptop anymore when they can achieve something more quickly on a tablet or phone.” Kinch is also deeply enthusiastic about preventative maintenance and the benefits of aircraft connectivity in fault diagnosis.
Gama Aviation’s technological focus extends to aircraft upgrade and it has expertise in all flight deck avionics, cabin management systems, satellite connectivity solutions and more. “Satcom, high-speed internet, is now an essential, especially for charter operations, and that’s something we are pushing quite hard, with some great packages on offer,” Kinch notes.
In the US, Gama Aviation has traditionally supported large fleet operators with heavy checks, line maintenance and AOG, a provision it has reinforced through the Jet East brand. Overnight and pre-emptive line maintenance plus access to a strong AOG support network helps minimise downtime for these fleets and it is a model now being introduced into the UK. Gama Aviation already has a major fleet owner signed up and is developing new AOG provision, with mobile service units, as part of the package. Details of the operator have yet to be released, but the deal will add new type approvals, further expanding Gama Aviation’s capabilities.
Meanwhile, Bournemouth will remain the central hub for Challenger, Global and King Air maintenance while more line stations come online, strategically positioned at volume hubs or where demand is strong. At the same time, Gama Aviation’s existing hubs, including those at Glasgow and Sharjah, will see continuing investment as approvals and teams expand.
Paul Kinch has known Gama Aviation for almost 40 years. His philosophy encapsulates the company ethos. “When Gama Aviation delivers an aeroplane, I want it to be reliable. I want the customer to be happy.”