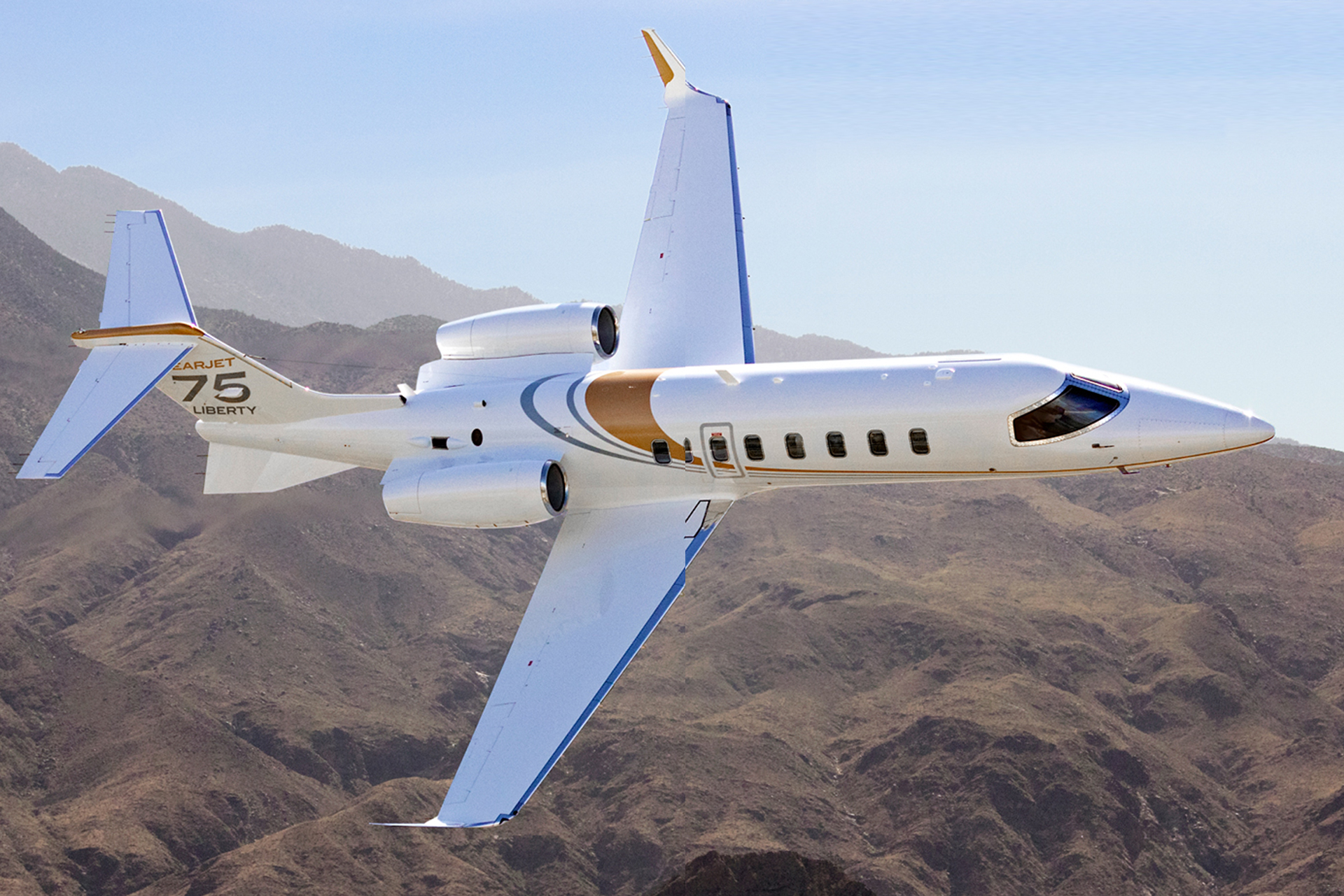 Bombardier’s recently released Learjet 75 Liberty is the latest in a long line of Learjets and also the first in a long time to carry a model name. Mischa Loeffler, Manager of Product Planning and Strategy, Bombardier Aviation, describes the new jet

The original Lear Jet 23 first flew in 1963. It shared design elements with the Swiss FFA P-16 fighter aircraft of 1955. Since then, successive Learjets have been produced by Lear, Gates, LearJet and, since 1990, Bombardier. How significant is that 65-year heritage to your customers and the people building today’s Learjet 75?
Mischa Loeffler responds: Bombardier has always been proud of the Learjet’s rich heritage and iconic status as the pioneer that launched the business jet industry. In the decades since the Lear Jet 23 first took flight, no other business jet has captured the public imagination quite like the Learjet. In 2017, Bombardier hosted a celebration marking the historic delivery of the 3,000th Learjet manufactured and we continue to celebrate this amazing aircraft.

Among our employees at Wichita, where the Learjet was born under the Lear Jet Corporation and where it continues to be manufactured, the sense of pride is palpable, from the production line to the executive office. Part of that pride stems from the fact that the Learjet is not just an icon – it continues to lead the way in performance, range, speed, ramp appeal and comfort.

And the Learjet brand continues to evolve. The Learjet 75 Liberty is the latest incarnation of the platform, embodying all this history while carving out a new future by moving within reach of more customers and operators than ever before. Our customers are aware of the aircraft’s rich history, and recognise it as an unparalleled business tool.
Not since the 1980s’ Learjet 55 Longhorn has a Learjet carried a name. Why is the latest Learjet 75 named Liberty? What was the process of choosing the name and what is its significance?
Bombardier put a lot of thought into naming its newest Learjet. On the one hand, we wanted to keep the ‘75’ to highlight the performance attributes of the Learjet 75 that this new aircraft would continue to offer. On the other hand, we wanted to emphasise that this latest aircraft represents a new chapter for Learjet – for the first time, light jet customers who thought the Learjet was out of reach now have access to what we believe is the world’s best light jet. The word ‘Liberty’ speaks to the aircraft’s value proposition, since more light jet customers and operators now have the liberty to own a Learjet.

We think ‘Liberty’ also relates to the spaciousness of the cabin’s Executive Suite, which provides passengers with unprecedented freedom to stretch thanks to almost 3ft of leg room.

Finally, ‘Liberty’ is a nod to the aircraft’s US roots and the role it plays in the country’s history of innovation, especially in Kansas.

Its cabin innovations are probably among the attractions for customers coming to the Learjet 75 Liberty. The two-place Executive Suite has a pocket door separating it from the galley and cockpit. But is the Suite separated from the aft cabin too?
The Executive Suite is separated from the cockpit and galley by the popular, noise-reducing pocket door, which comes as standard on the Learjet 75 Liberty. The Executive Suite is unique in that its two forward-facing seats are located at the front of the cabin, with no visual connection to the Club Suite, for a more private experience. As well as the extensive leg room, Executive Suite passengers enjoy foldable ottomans for rest and comfort, and extra-large concealable side tables for productivity and entertainment.

Your marketing material does a great job of ‘selling’ the Learjet 75 Liberty, but if a customer stepped into the aircraft’s cabin today, how would it stand out for them as being a noticeable improvement over that of a pre-Liberty Learjet 75?
The main factor is the six-seat configuration, which allows for the two-seat Executive Suite, although the popular eight-seat configuration is still available. This allows for a cabin that feels more spacious, offers considerably more leg room and has foldable ottomans. The pocket door, now standard, is the other major difference. Closed, it provides a noise-level benefit in the Executive Suite of up to 8dBSIL. In flight, passengers enjoy the same smooth ride that the Learjet 75 provides.

The Learjet 75 Liberty appears extremely well equipped for a light jet, with EVS as standard, among other systems. How is it possible to offer such equipment levels while remaining competitive on price?
We worked hard to offer the Learjet 75 Liberty at an exceptional price point and with operating costs similar to those of competitor aircraft that offer less – our jet has the longest range and highest speeds and, we believe, smoothest ride in the light jet category.

We also leveraged the experience and know-how of our world-class Wichita employees and worked in collaboration with our suppliers. And we’ve also made some features, including the APU, optional.

What connectivity options do Learjet 75 Liberty buyers have?
Gogo Business Aviation’s next-generation, 4G air-to-ground internet system, Gogo AVANCE L5, is an option on the Learjet 75 Liberty, as it has been on new Learjets since 2019. It is also available as a retrofit for in-service Learjet 40, Learjet 45, Learjet 70 and Learjet 75 aircraft.