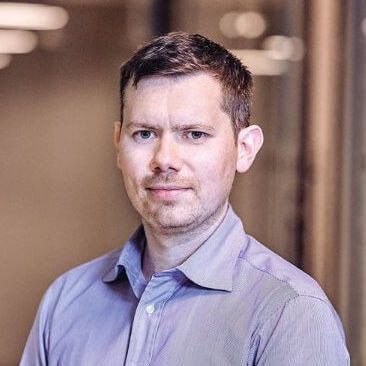 Crewing platform hullo Aircrew was established with homeworking in mind. The dispersed, digitally-savvy team behind the burgeoning system was therefore perfectly placed to continue as normal through the coronavirus pandemic

“hullo is dedicated to producing the best tool for freelancing in the aviation industry – it’s what we live and breathe,” says Steve Payne, Co-founder and COO, hullo Aircrew. “One of our core values is ‘joined-up thinking’, an ethos that’s enabled us to ensure the platform is always evolving in the right direction.” At its most basic, hullo Aircrew enables freelance pilots and cabin attendants to search for jobs, and operators to search for crew.

There are also ancillary benefits, including reduced-cost training courses, easily-shared documentation and simple billing, but always with an emphasis on efficiency and functionality. Payne notes: “We promote easy access to the data. Tech can become overcomplicated when it really should be simple.”

Now into its third year of operations, hullo Aircrew has enjoyed huge success, including a collaboration with Jet Aviation Staffing. Its rise to pre-eminence has been driven by the simplicity of the platform and otherwise general lack of technology in the crew-hiring space. Payne explains: “The use of technology in aerospace is very mixed. Some areas – avionics, flight planning, satcom, simulator training and augmented reality, for example – are on the cutting edge, while in others it is virtually non-existent.”

He identifies finding cockpit and cabin crew in business aviation as one of those back office tasks where technology was obviously lacking. “Crewing is a difficult, repetitive task. The process is slow and manual, causing larger overheads for little return on investment, especially since there is no central industry database. In the past, we’ve seen aircraft charter platforms like Avinode become intrinsic to the industry, but there was nothing similar for crew. The result was that people were still calling around the contacts in their ‘little black books’, and searching LinkedIn, Facebook and WhatsApp groups, where it can be very difficult to find the right audience.”

hullo Aircrew changes all that. “Users can search by the important attributes within seconds,” Payne enthuses. “Hundreds of crew can be contacted with a few clicks of the mouse and the coverage is global and always available. Cloud-based software and cutting-edge technology mean we never go offline.”
Flexible approach
Interestingly, the company culture is as strikingly different as the service hullo Aircrew provides. Steve Payne and Chief Technology Officer Matt Davis joined in a Zoom interview for this article, not because the office was closed and they were obliged to work from home, but because the company has been set up to enable homeworking. It was just business as usual.

“We’ve always had a flexible approach,” Davis confirms, “so coronavirus hasn’t changed the way we operate. Cloud tooling is the key to homeworking, since it means the team can work from wherever they are, with access to all the company tools.” It’s an approach that also makes the company very nimble. “It means we can focus on solving problems, really well, and we’re able to move extremely quickly – we can turn new ideas into reality in days, rather than weeks or months.”

Payne compares hullo Aircrew’s mode of operations and tech employment to developments in the travel industry.

“Fifteen or twenty years ago, people would go to a travel agent and ask what holidays were available. Now they use any of several popular websites to find their holiday and compare prices, plus buy various bolt-ons, like car hire and insurance.

“We’re similar, but aviation is a very fickle industry and change management is difficult, because of the differences in regulation between countries. A major challenge for us, setting up, was creating software that would adapt to all parts of the world. We had a good grip on European regulations, but little experience in the US. That’s changed with the Jet Aviation relationship and the experience has led to changes in the platform that make it universal.”

Both home working and hullo Aircrew’s natural agility are serving it extremely well in facing today’s unprecedented challenges. “We had a period where nothing was happening, but since lockdowns, and rules and regulations have been lifted or relaxed in lots of different ways, we’ve seen the most difficult jobs coming our way. Because we have such a vast pool of crew at our fingertips, we can do very specific searches.

“The run-of-the-mill, ‘I need a pilot to go from A to B and back again’, isn’t happening at the moment. Instead, we’re getting requests as specific as, ‘I need a Chinese-speaking, American-licensed pilot in Australia, now’. We can find that pilot. We’re seeing lots of repatriation flights with families and companies that need to get someone back.

“On the other hand, we’re also providing costs for complete crews and then saying, ‘They’ll need to be in quarantine for two or three weeks after they fly and you’ll need to pay for their time in quarantine, for hotels, food and travel.’ Add all that to the charter itself and many people are baulking at the cost, but we are getting a few of those types of job in and they’re always quite complicated.”

Even during the first two weeks of May, Payne reckons the hullo Aircrew team noticed changes in the way aviation was employing technology. “I think it’s a defining moment. The industry is going to look at technology differently after all this.” Matt Davis notes that many companies, forced to furlough staff, are being obliged to look for more efficient solutions to support ongoing, albeit limited operations.
Sourcing crews is an obvious challenge and Davis says hullo Aircrew is an attractive option to companies whose crewing team has been reduced. “There’s been a general theme of global technology disruption through aviation, but the crewing aspect has been behind the curve, mainly because it’s an entrenched business with a traditional approach based on calls and personal networks.” Consider again Payne’s imaginary Chinese-speaking, American-licensed pilot in Australia; sourcing such an individual by traditional means would require many hours of phone calls.

No fees for crews
Freelance crew have also been exploring opportunities during the pandemic and several have discovered hullo Aircrew. “May is looking like a record-breaking month for sign-ups,” Davis confirms. We’ve seen hundreds and we’re on track to beat our previous record, which resulted from a major publicity blast. Checking the platform regularly, I’m seeing the numbers constantly ticking up, it’s quite extraordinary.”

Freelancers are no doubt looking to maximise their employment potential once flying hours pick up, and the platform is particularly attractive because there’s no subscription to pay and only the operator pays a fee to hullo Aircrew when crew members are contracted. “We used to take a deduction from crewmembers,” Payne says, “but teaming with Jet Aviation caused a rethink. In the US, crews typically don’t pay a fee. We streamlined the system as a result, so that now only the operator pays a small percentage on top.”

With UK schools and nurseries closed, childcare has added an additional dimension to homeworking for both Davis and Payne, but neither has seen their working methods otherwise affected. “We all work from home, including our developers in the UK and Europe,” Davis says. “We meet up occasionally and we have calls, but mostly we communicate digitally, using Teams, Zoom and similar technology.”

“We like to think we’re a forward-thinking company,” Payne adds. “that means we have a relaxed attitude to work hours. So long as everything is done, there are no expectations of people being at their desk at nine and signing off at five-thirty. We strike a happy work/life balance, while recognising that hullo Aircrew has to be available 24/7/365. Again making best use of technology, we essentially have a ‘cloud office’ – we’re able to fully function from anywhere with an internet connection.

“Meanwhile, we’re constantly adding new features and improving the process. We like to look ahead at new tech and, for those reasons, the platform is always evolving.”